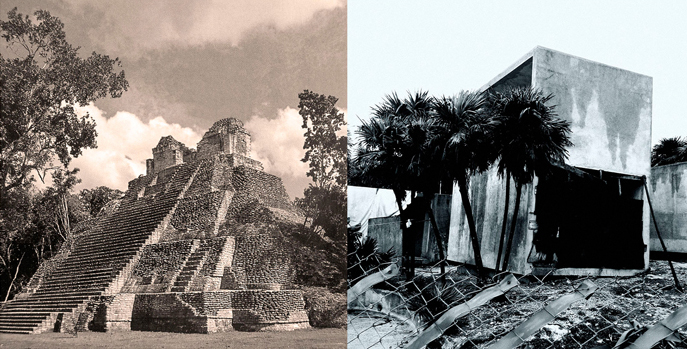 Hotel Tulum is a small 10- room boutique hotel built near the town of Tulum, not far from the well-known Mayan pyramids. A Mexican hotel operator commissioned PRODUCTORA in 2007 to design a new hotel on a site already occupied by a previously abandoned group of cabañas. The project obtained building permits by the beginning of 2008, and construction started in February of that same year. By the summer the rough structure was almost fully realized, but political struggles between the municipal and federal governments closed down the building site. For several years, the project stood half- built next to the Caribbean Sea, waiting for lawyers, agents, and lobbyists to find a solution to the bureaucratic impasse. Plants and vegetation took over; plasterwork crumbled; people seeking shelter moved in and out; and of the project’s initial intentions, only some ruins survived. Eventually, the clients sold the plot and the project was abandoned.
The project reconstructs the never finished hotel by juxtaposing different strata of time and context into an installation with two slide projectors and a brass model.  Archival images of the hotel in its decayed state - just before it was overbuild again by another firm– and annotations describing the architectural ambitions of the project are brought into contrast with the larger cultural context of the region through quotes and images.  The project obviously refers to Robert Smithson’s Hotel Palenque (1972) in which likewise a specific moment of a construction in constant change is portrayed. By placing two projectors on opposite sides of the room, two different stories are projected onto a single transparent screen. Each narrative has its own rhythm and time intervals, generating infinite random combinations of images and (legible or mirrored) texts. In contrast to this intangible complexity, the brass model embodies the ethos of a typical modernist project: a play of sculpture, form and mass, built in a solid material confirming its value and timelessness.
By collaborating with the Mexican artist Iñaki Bonillas - who has worked for many years with archival material - the ruins of Hotel Tulum are revived here by an archaeological essay that centers on misreadings, reconstructions and different conceptions of time. 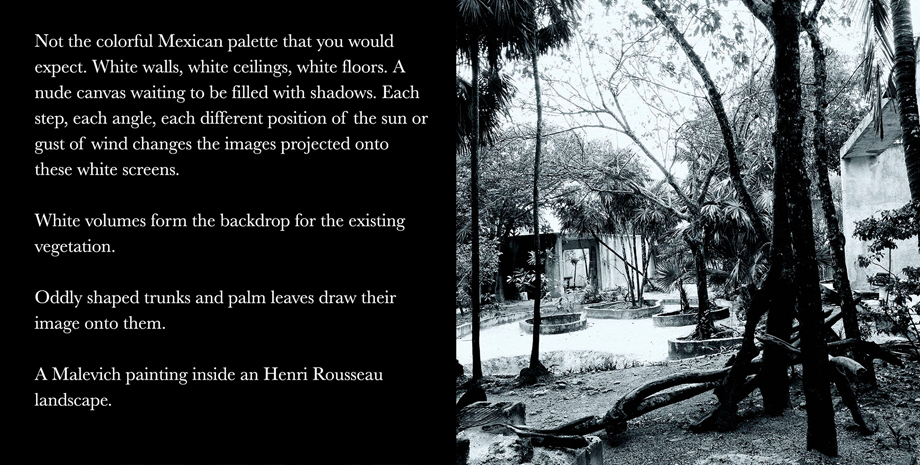 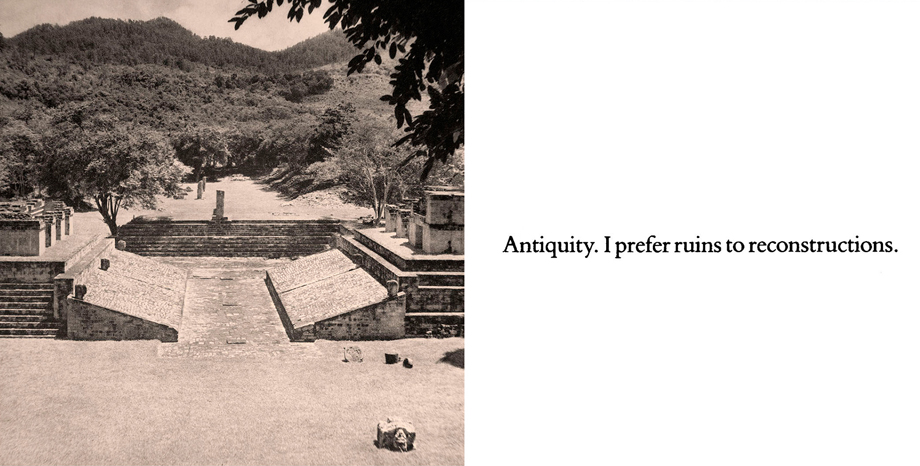 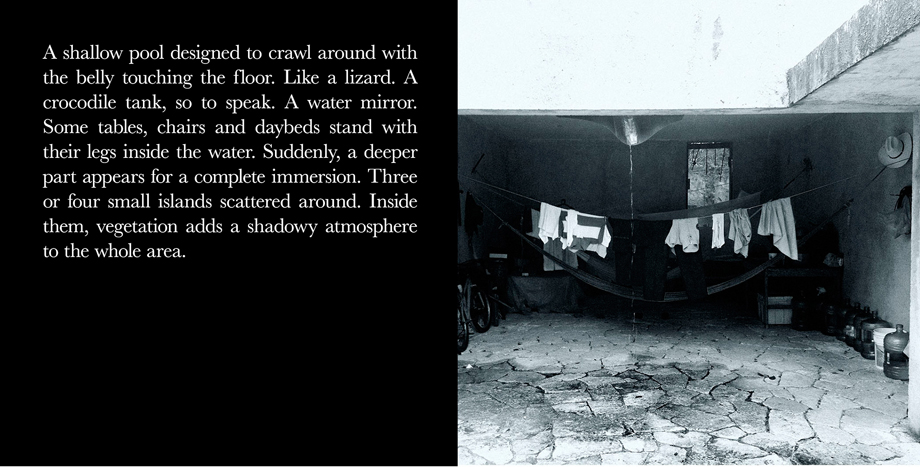 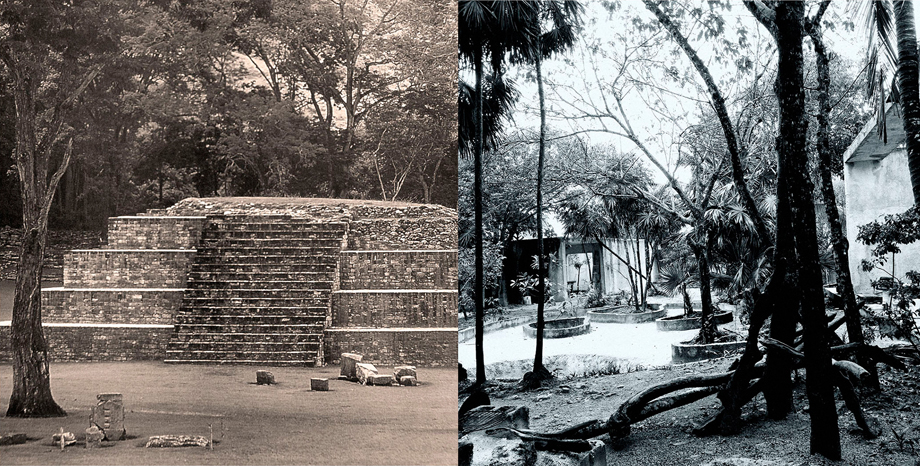 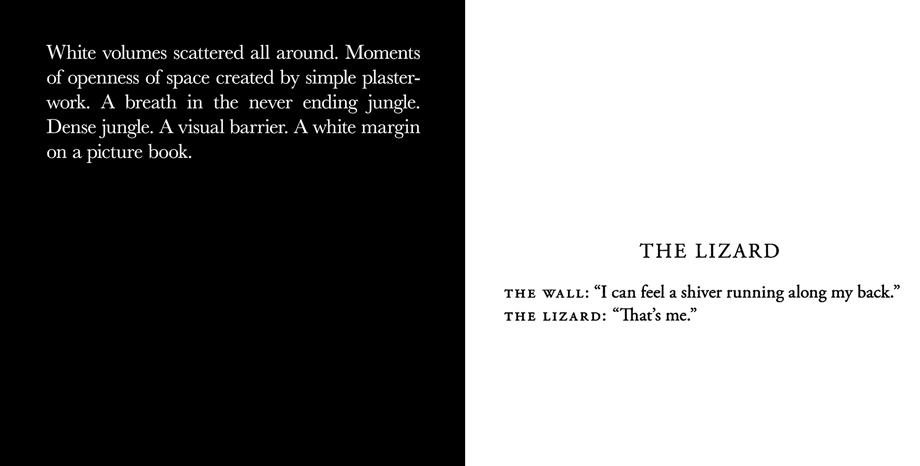 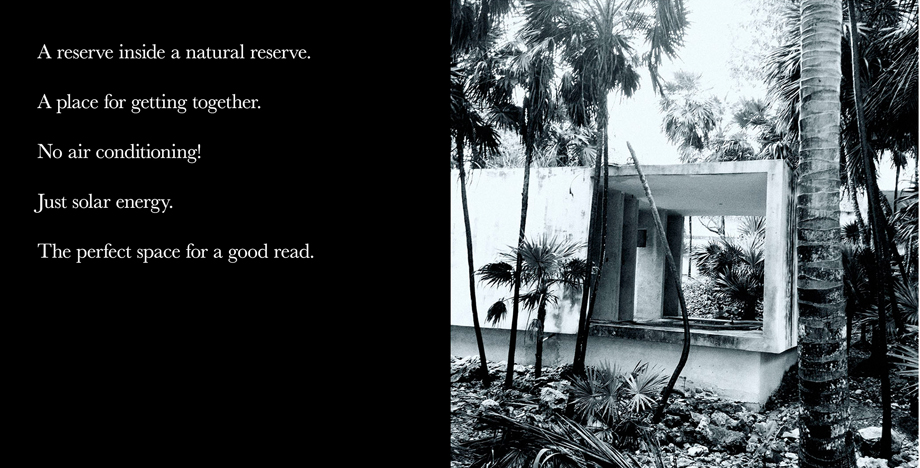 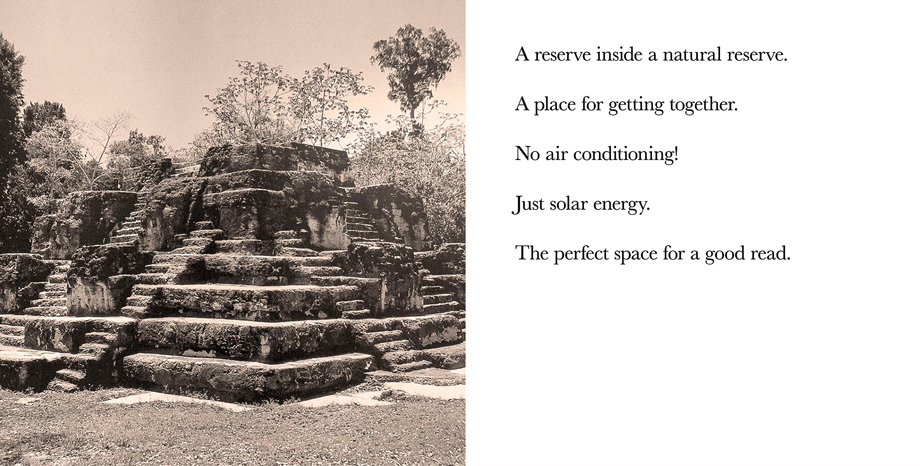