Being The Mountain (Introduction)

This book is an outcome of two studios we taught at the College of Architec­ture at Illinois Institute of Technology (IIT) in Chicago in 2017 and 2018, whose line of research continued in a symposium and exhibition held at S. R. Crown Hall in November 2018.

PRODUCTORA received the Mies Crown Hall Americas Prize for Emerg­ing Practice in 2016 for our project Pavilion on the Zocalo, and as part of the award, we were invited to teach a so-called “cloud studio” at IIT. Triggered by the stark contrast between the geographical conditions in Mexico and the vast horizontal plains of Illinois, all too apparent in our frequent trips back and forth, we conceived both studios to examine the relationship between architecture and topography. The first studio, in fall 2017, was titled “Being the Mountain” and investigated hillside housing as a central theme. The title was taken from Ricardo Legorreta’s description of the Camino Real hotel in Ixtapa (1981), a resort spread across an ocean-facing slope of the Sierra Madre. The project constitutes a powerful example of a building that en­gages with topography without falling into nostalgic placemaking or the organic mimicking of natural contours. The second studio, in fall 2018, was entitled “Elevated Surface Depressed,” after a 1982 work by the artist Michael Heizer. Heizer placed natural objects above, on top of, or within a geometric plinth, questioning the relation between human-made and natural objects and between natural and artificial land­scapes. Students in the studio were asked to develop an underground or elevated building on a flat site in Chicago’s Loop.

Expanding on the studios, this book focuses on what may be one of the most evident themes in architecture: the fact that a building—one way or another—has to come down and touch the ground. It might be the absolute obviousness of this fact that makes it an infrequently discussed topic, but to consider it head on contributes fresh perspective on the postwar reaction against a heroic modernism and its ideals of unification, standardization, and universalism. Modern architecture often had a cumbersome relationship with the land it occupied: spurred by a plan-driven design logic and the industrialization of the building process, uneven landscapes were regularly scraped flat or mediated by plinths, allowing the architect an untarnished datum of clean orthogonality. In the first of his five points, Le Corbusier declared that buildings had to be removed from “the dampness of the soil” by means of pilotis. His position did more than reflect a constructive-technical logic, however; it also had a profound cultural significance. For Le Corbusier, architecture would “no longer be an archaic entity, heavily rooted into the soil by deep founda­tions, built ‘firm and strong,’ the object of devotion on which the cult of the family and the race has so long been concentrated.” [1] Disconnecting the buildings from the ground was a formal expression of an explicit ideological stance. Arguably, Ludwig Mies van der Rohe’s Farnsworth House constitutes an iconic representation of the same 13 modern position. While most of Mies’s buildings are thoroughly anchored to the ground by foundation slabs, plinths, or basement levels, this small dwelling was elevated five feet (1.5 meters) above grade to anticipate the regular overflowing of the adjacent Fox River. The outcome was a building that hov­ers weightlessly over a grassy meadow. Although the reasoning behind the Farnsworth House was absolutely pragmatic and topological, it can be read as a metaphor for the rupture with the “foundations” declared by Le Corbusier.

Modern architects had insinuated the need for a more site-specific approach since the first meetings of the Congrès internationaux d’architecture moderne (CIAM), but it was not until the middle of the twentieth century that ideas about history, context, territory, and finally topography came fully to the foreground. The export of modern architecture to peripheral places like Mexico, Brazil, and California played a crucial role in this process. In these places, dramatic topographical condi­tions became a perfect remedy for the glooming fatigue of a modern architec­ture that was being flattened out more and more as a suburban lifestyle com­modity. The integration of buildings into the landscape was a decisive—yet rarely explored—strategy to counter the commodification of architecture in the second half of the twentieth century.

We have invited three outside contrib­utors to further examine the topic from particular vantage points. Véronique Patteeuw looks at the writing of Kenneth Frampton, who rejected a placeless, scenographic architecture in favor of an approach exemplified by the Greek architect Dimitris Pikionis, the Portu­guese architect Álvaro Siza, and the Mexican architect Luis Barragán, among others. Frank Escher considers the role of earth conditions in the devel­opment of modern architecture in California, exploring the work of Frank Lloyd Wright, R. M. Schindler, and John Lautner. Lastly, Jesús Vassallo reads the Royal Collections Museum in Madrid, by Mansilla + Tuñón, as a giant retention wall withholding different time scales of history and geology.

Robert Smithson, Vassallo questions how we might understand architecture’s role in shaping the land now that the greatest force of geological transformation is in fact human activity. The November 2018 exhibition and symposium provided an opportunity to gather all three authors in Chicago; after a closed working session at the Graham Foundation, they pre­sented their contributions at Crown Hall, followed by a roundtable discus­sion.

A last component of this book includes a series of projects by PRO­DUCTORA chosen retrospectively to illustrate topography as an elementary force that has stimulated our architectural proposals. Developed in very diverse regions of Mexico—the Sandy beaches of Quintana Roo, the hard basalt formations of Chihuahua—our work has been very much informed by the topographical and geological conditions of the sites where we intervene. From our earlier projects, like the proposals for Chanchan and the LIMAC museum, both in Peru, or the Tsunami Memorial Site, in Oslo, to more recently built work, our architecture frequently reveals a strong dialogue with the ground surface; sometimes projects are developed in explicit opposition to the landscape, while in other cases they enhance or echo the natural surroundings. In the proposals for the House in Ginigala, Sri Lanka, or the Blas House, in Valle de Bravo, the sloped topography becomes the central narrative around which the architectural idea is structured. The House in Chihuahua or the Teopanzolco Cultural Center are examples of how the existing context is integrated into the architecture, illustrating the idea of architecture as constructed ground. Topography, a word that brings together topos (place) and graphein (write), means literally the writing of place, and is therefore not only about the regis­tration of surface relief, but about the writing—the construction—of the landscape as well.

Our fascination with earthworks and the land art movement of the 1970s might have played a crucial role in these architectural explorations. Powerful works like Heizer’s Double Negative, Richard Serra’s Shift, or Isamu Noguchi’s proposed Sculpture to Be Seen from Mars (originally tilted Monument to Man) always appealed strongly to us. Reference images included in books on these artists—frequently pre-modern architecture from faraway places—came to inform our practice in turn, spurring our fascination with the monolithic churches in Lalibela, Ethiopia, Indian stepwells, Egyptian hypostyle halls, underground villages in China, and many other rarities. Inspired by these works of archi­tectural archaeology and land art, along with the often impressive natural landscapes or historic settings in which our projects are embedded, we elaborated our own personal repertoire more or less consciously, with a spe­cific attention to the geography of the region and the topographical singu­larities of the terrain. In this sense, our buildings are there to re-write and to give meaning to the context that surrounds them. 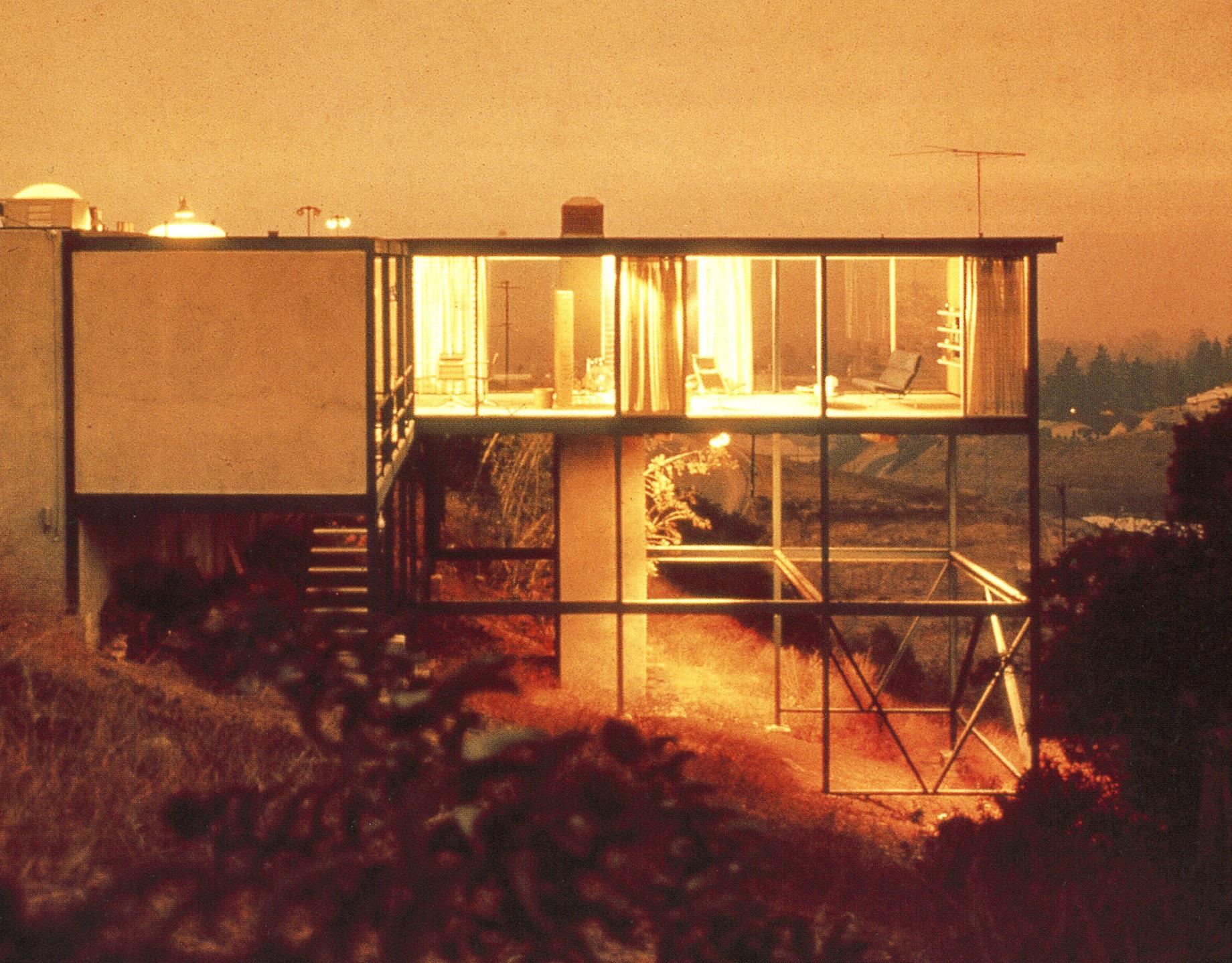 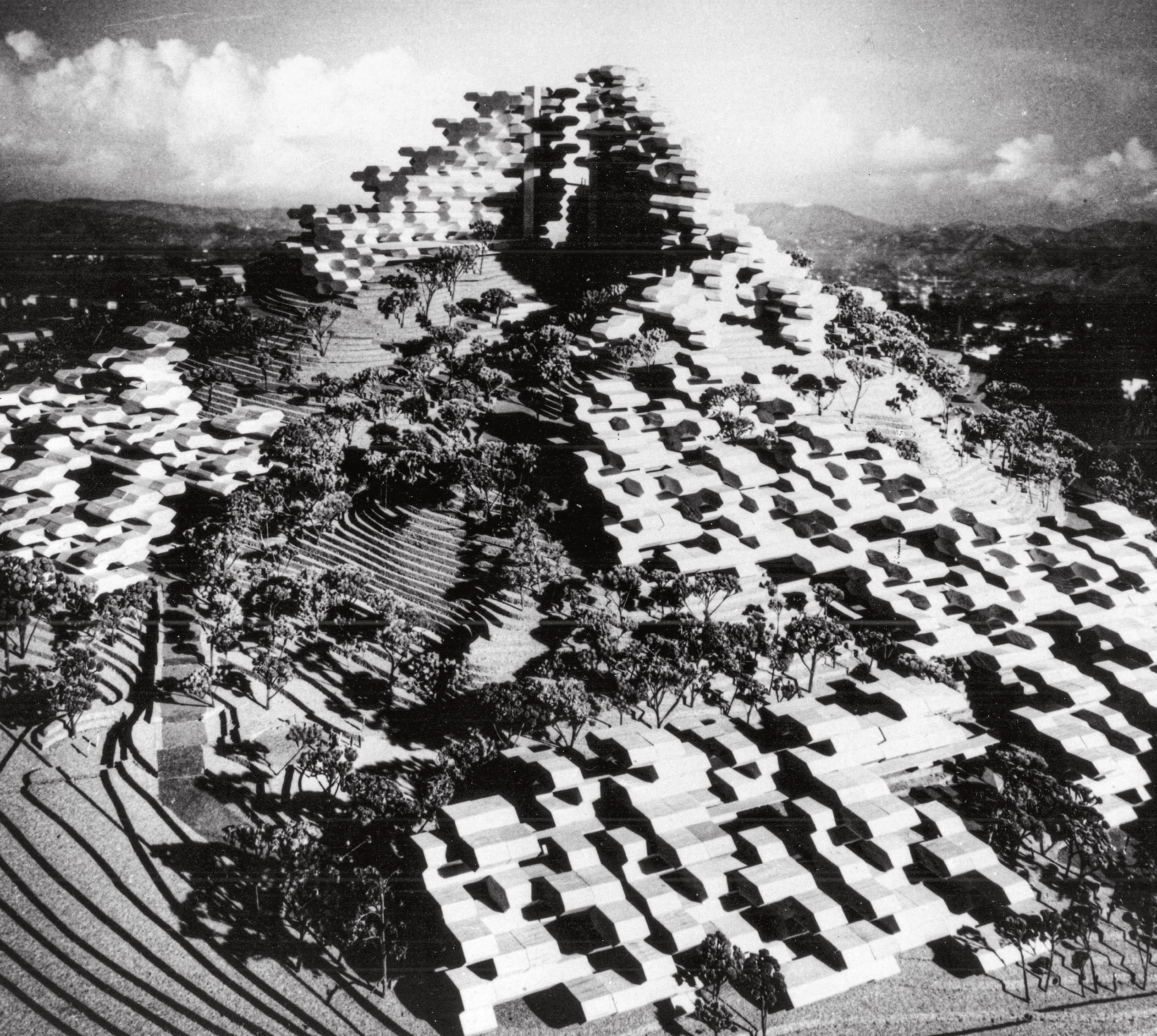