Pavilion on the Zocalo 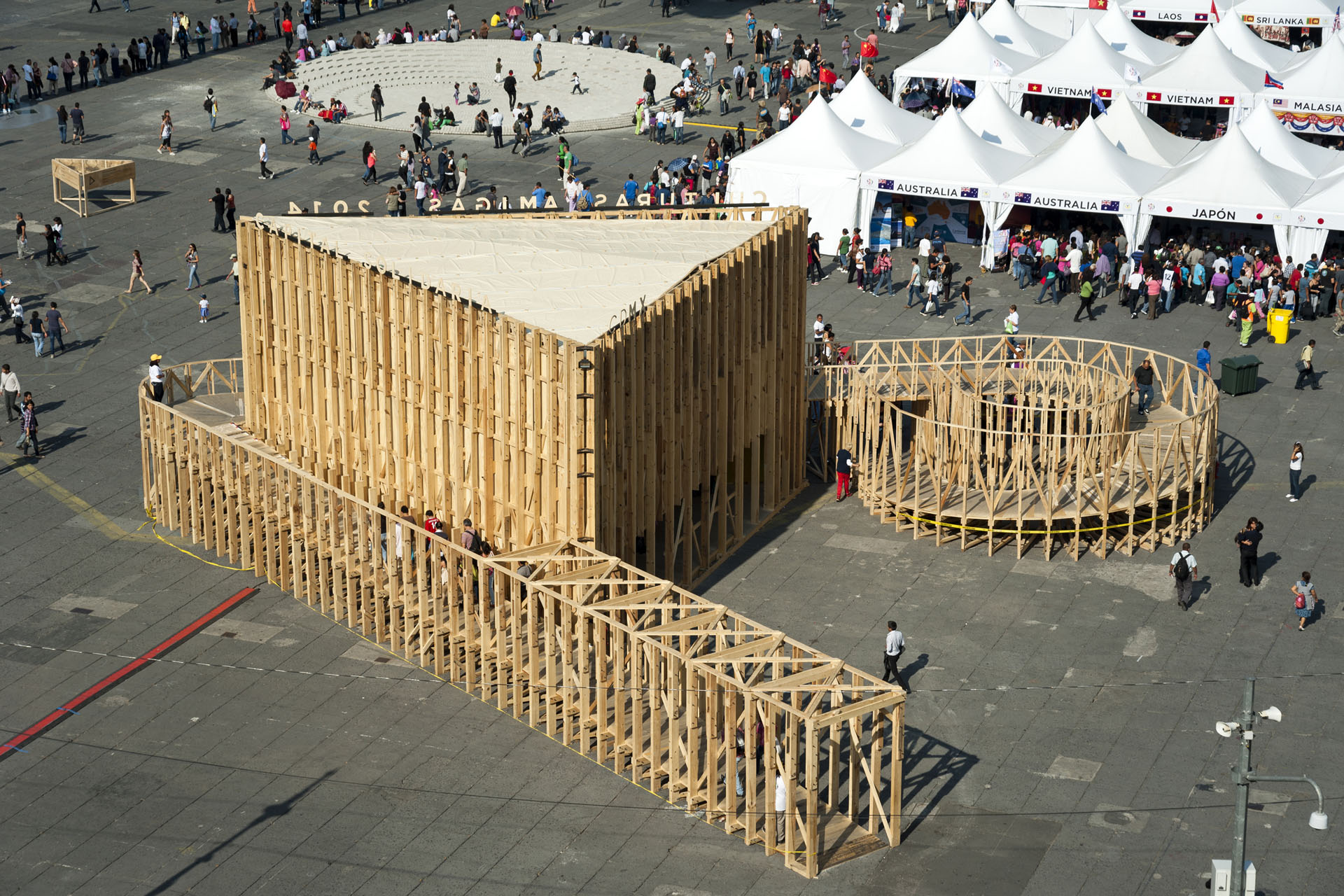 At the 2014 Culture Fair celebrated in Mexico City the theme of this pavilion is migration to the Mexican capital. From an architectural point of view, it is expressed by a long walkway that rises to give visitors a view over the Zócalo square; they then walk down and symbolically experience arrival in the historic center. A set of ramps, balconies, and corridors wrap an equilateral triangle eight meters high containing an exhibition on the theme.

In a reference to early timber boats that brought the first settlers to Mexico the whole pavilion is built of wood. A large roof covers the interior space, comprising equilateral triangles that transfer the load to the three sidewalls. To avoid adverse effects on the structural stability of the covered triangle caused by changes in moving loads, this triangle volume and the ramp were designed as independent structures. The structure was prefabricated and erected in just eight days, to be dismantled within two weeks of the end of the fair. 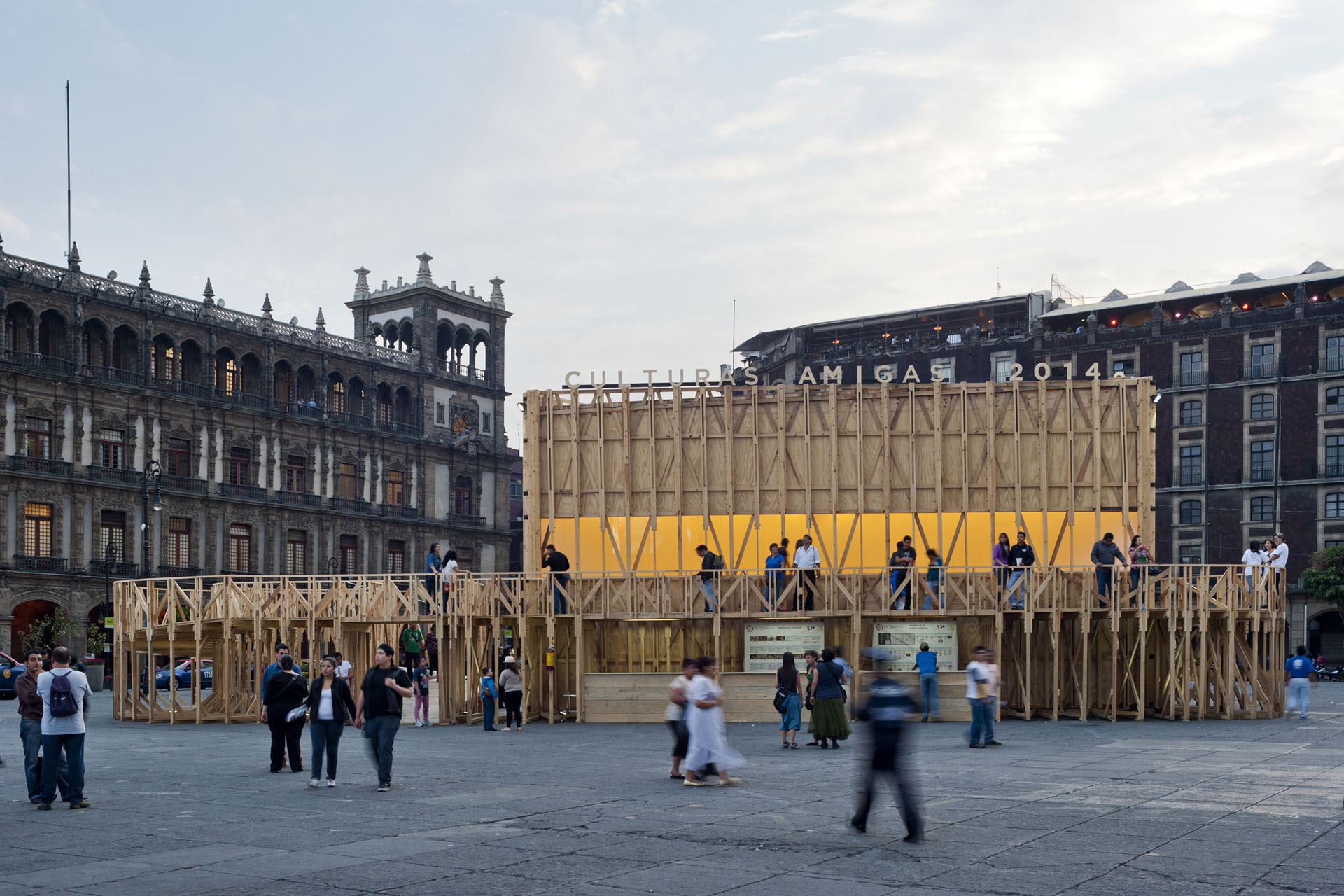 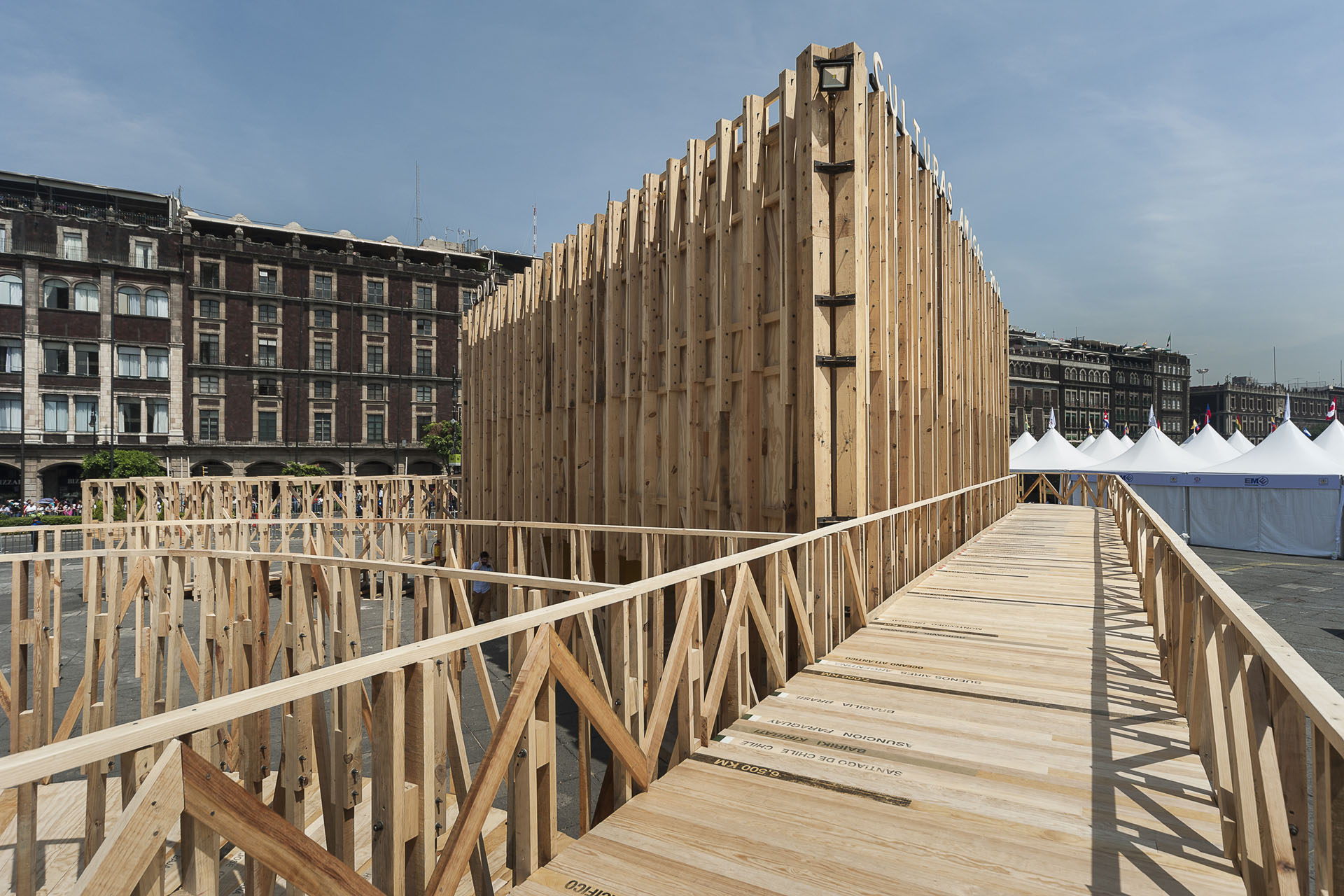 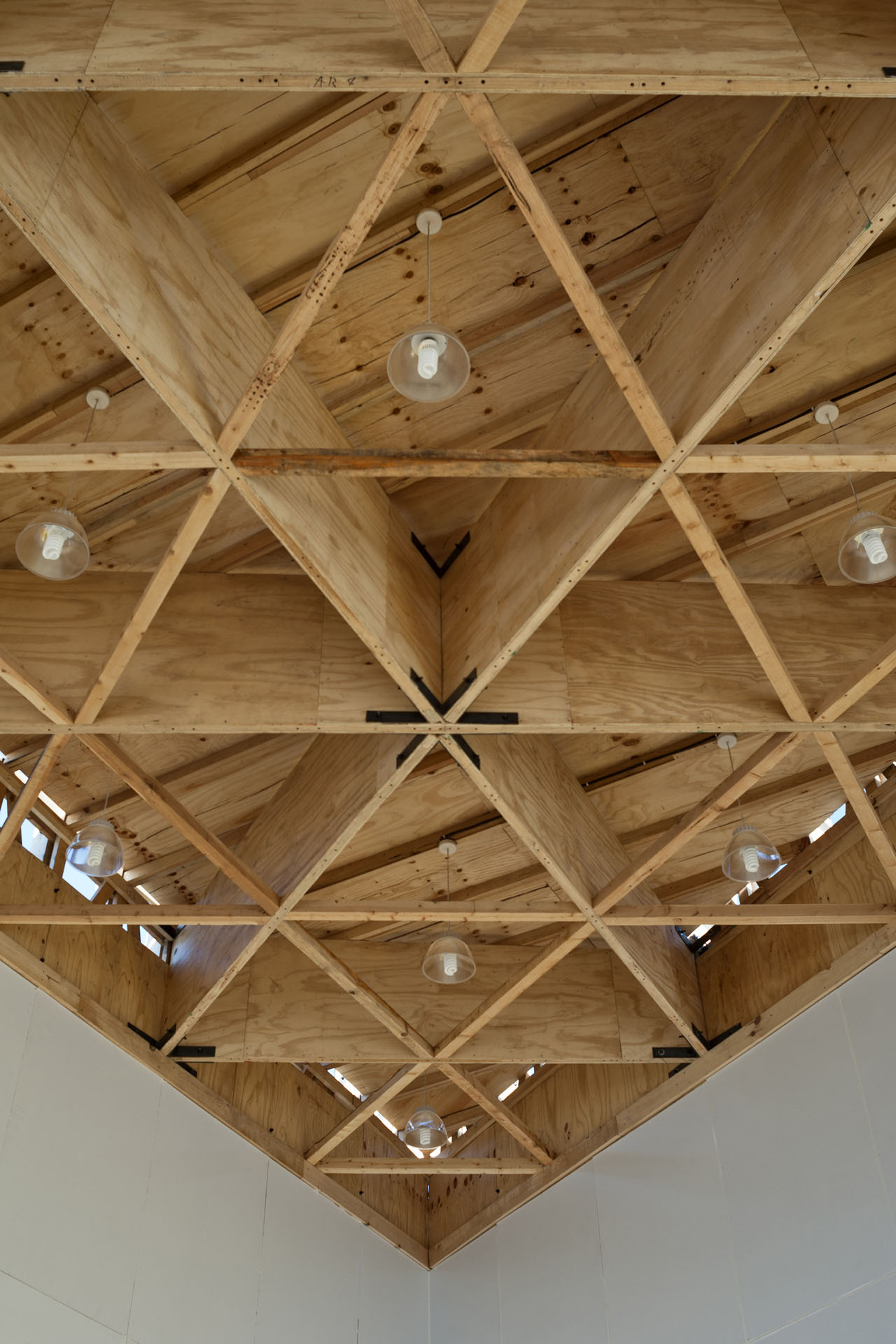 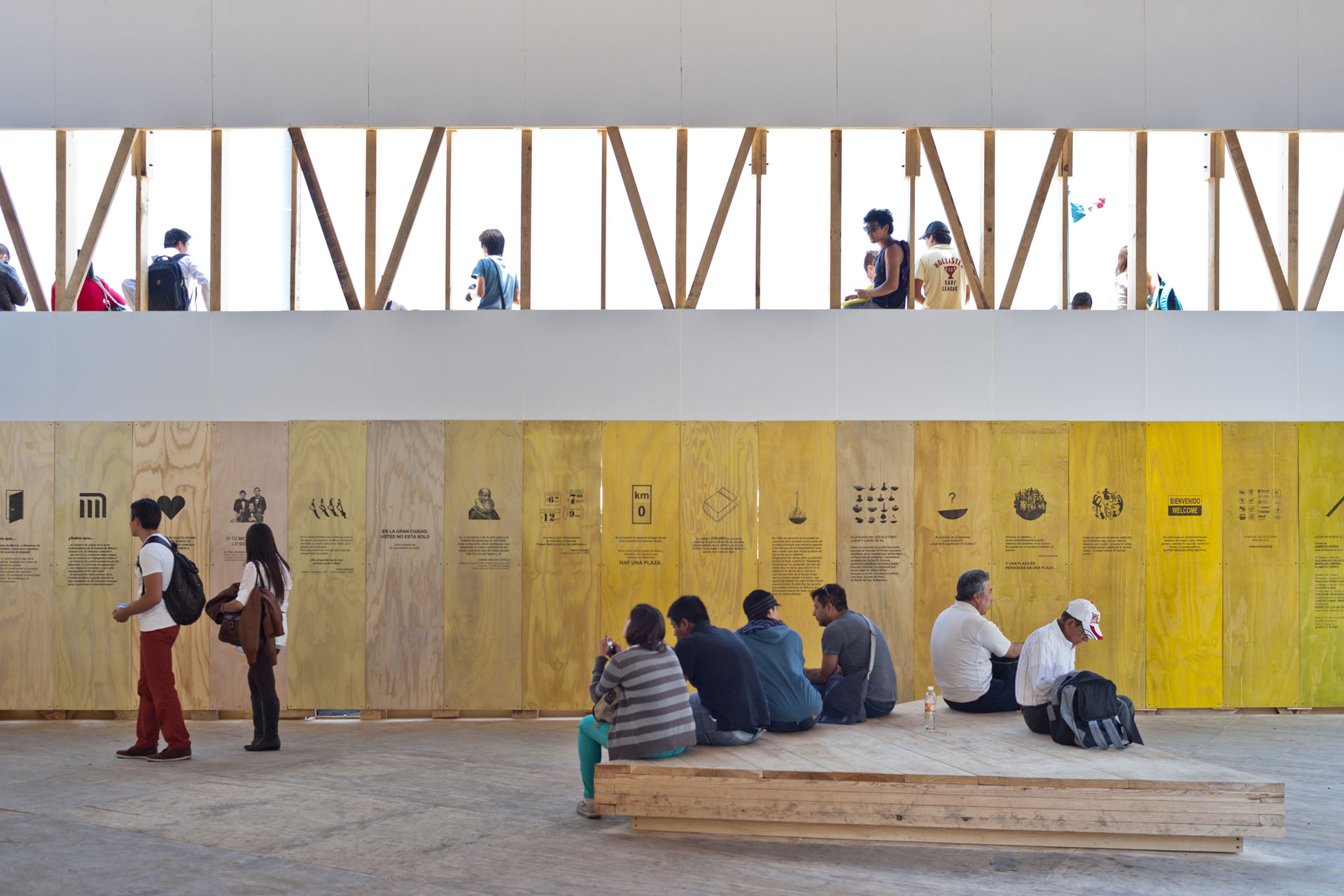 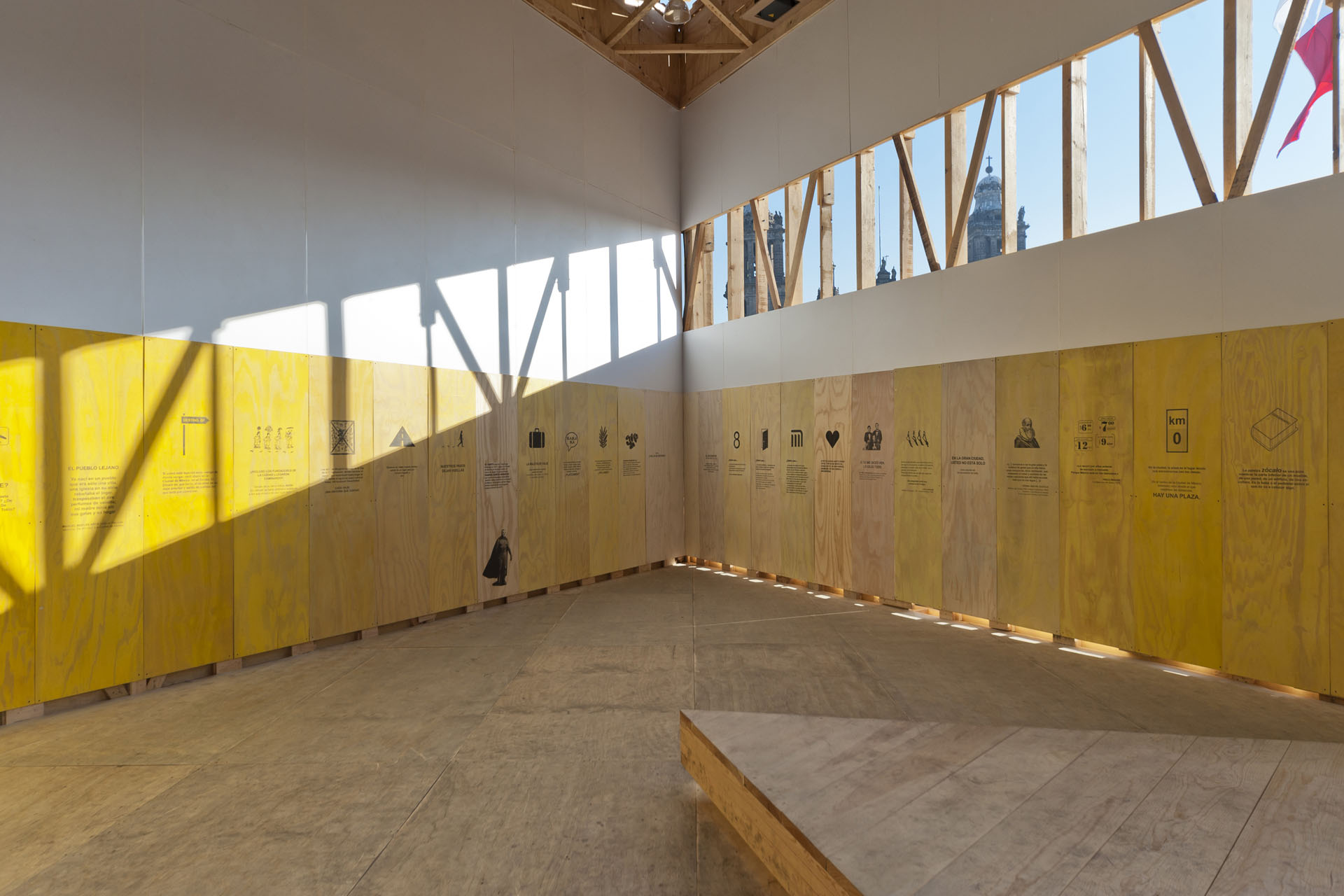 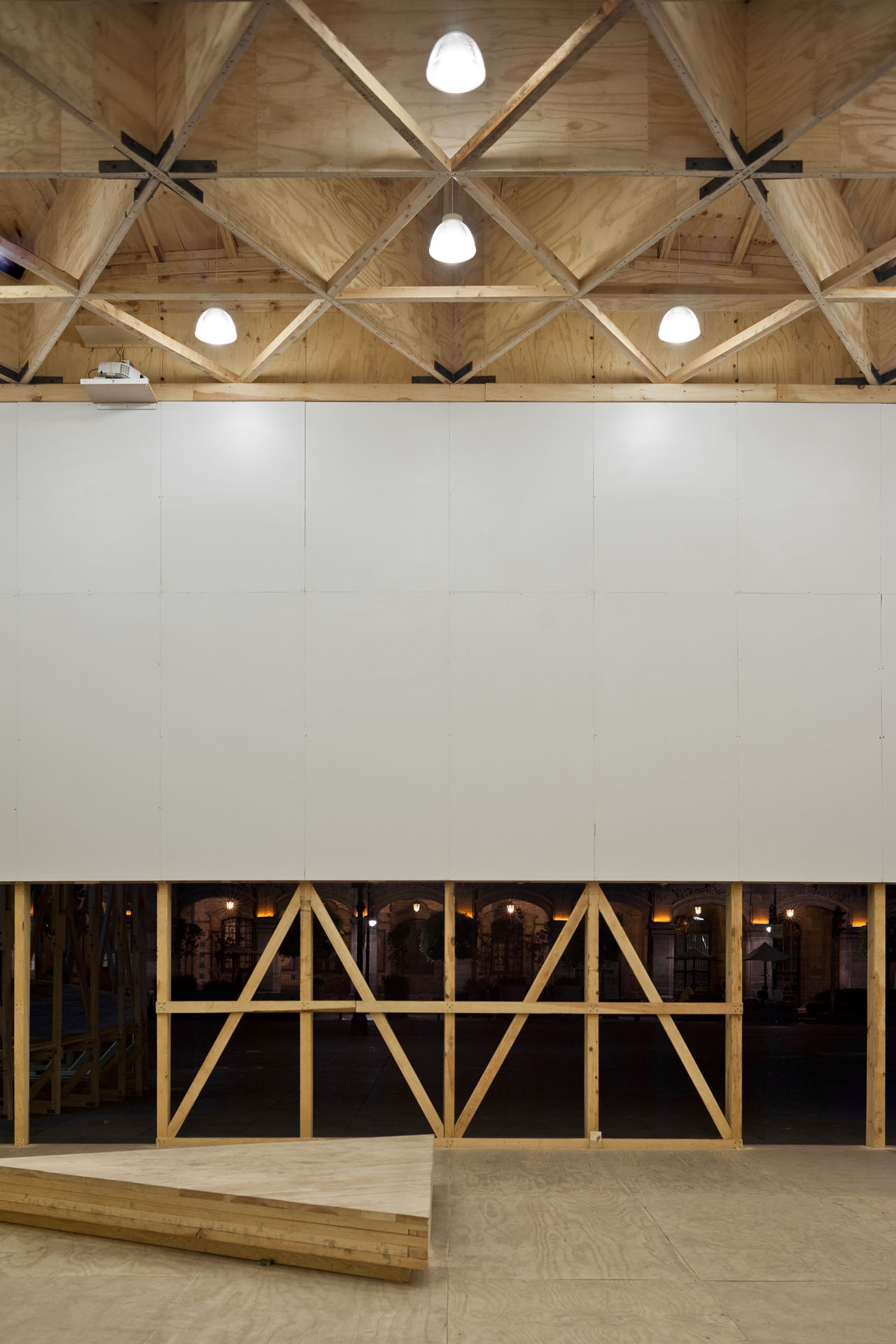 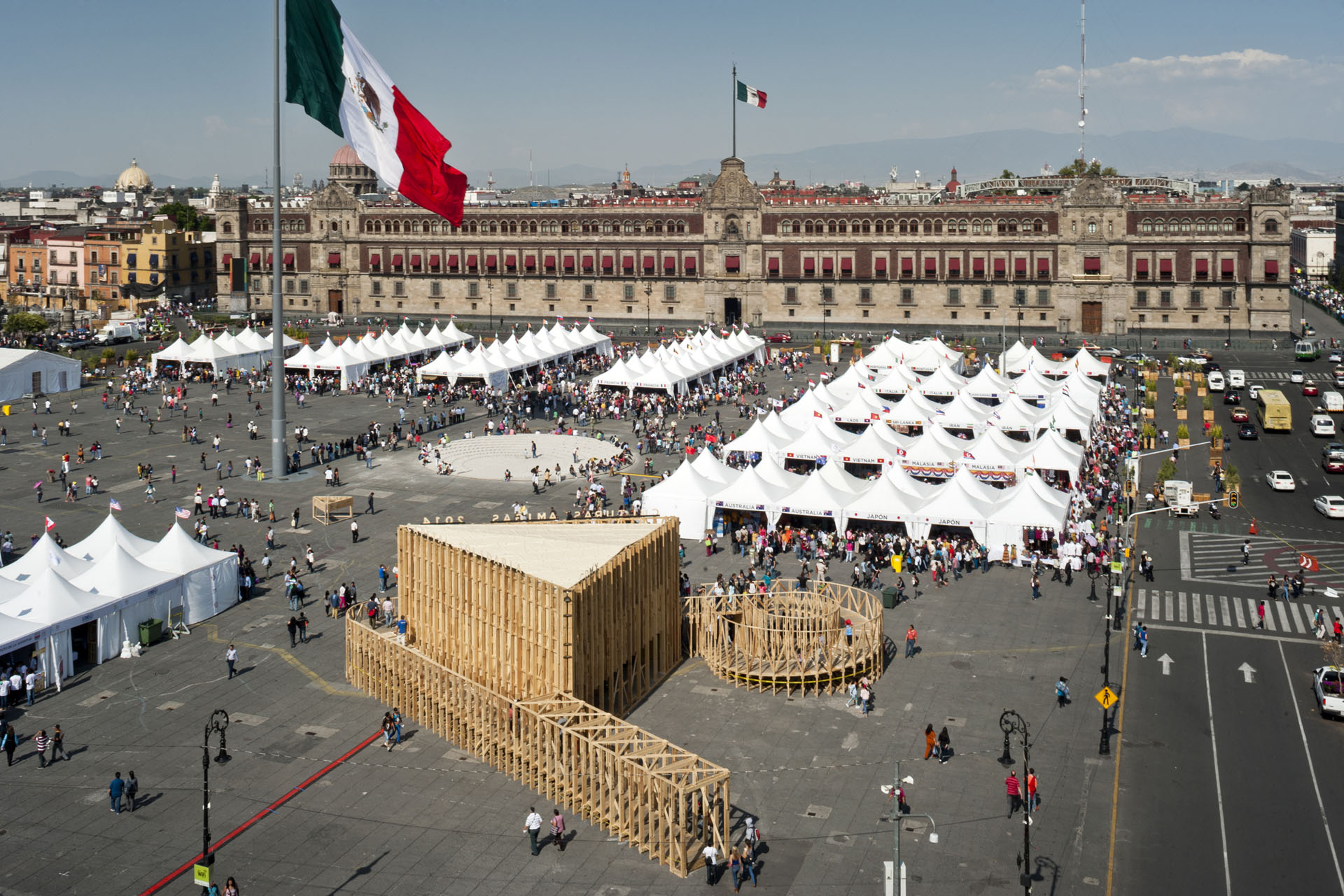 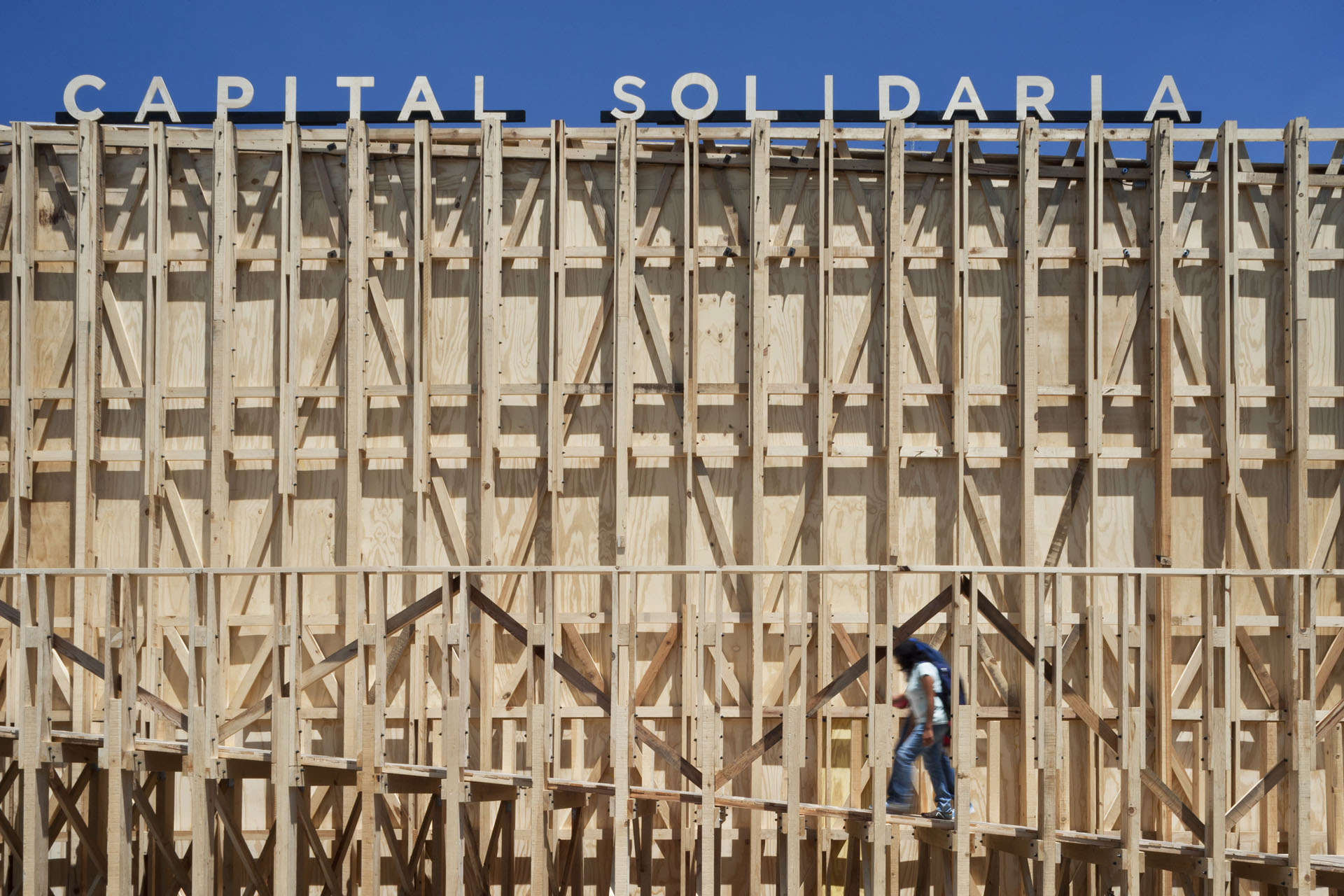 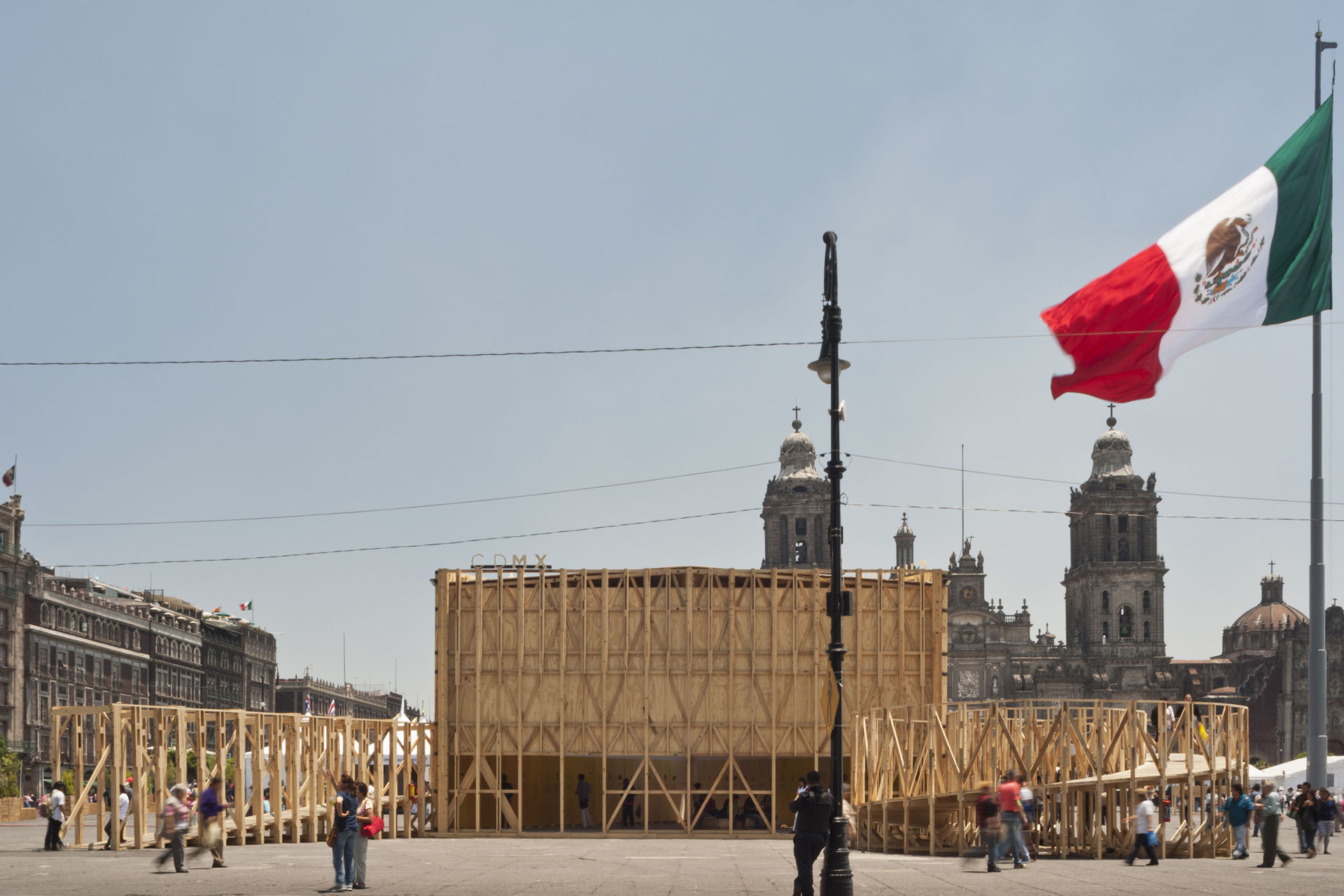 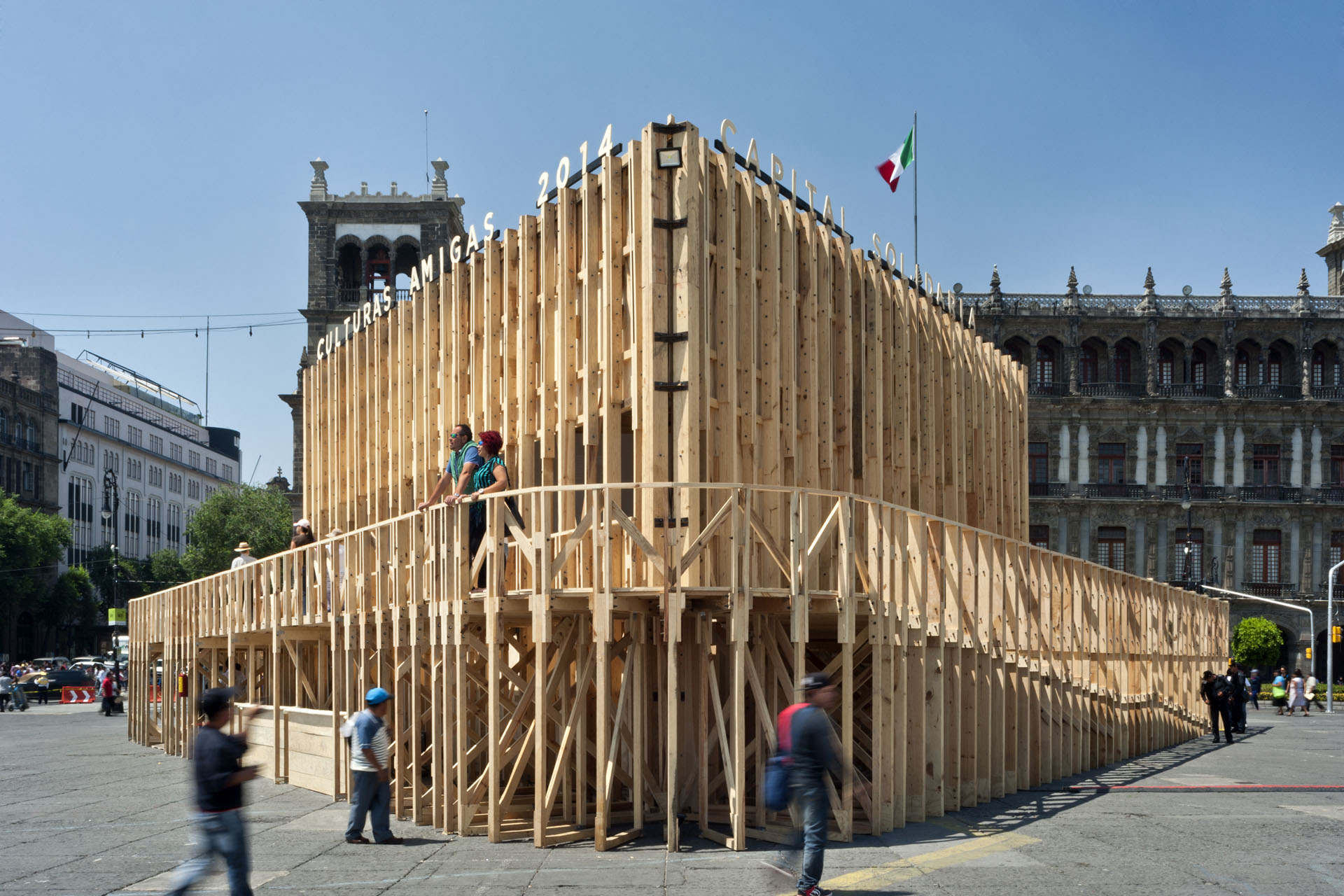 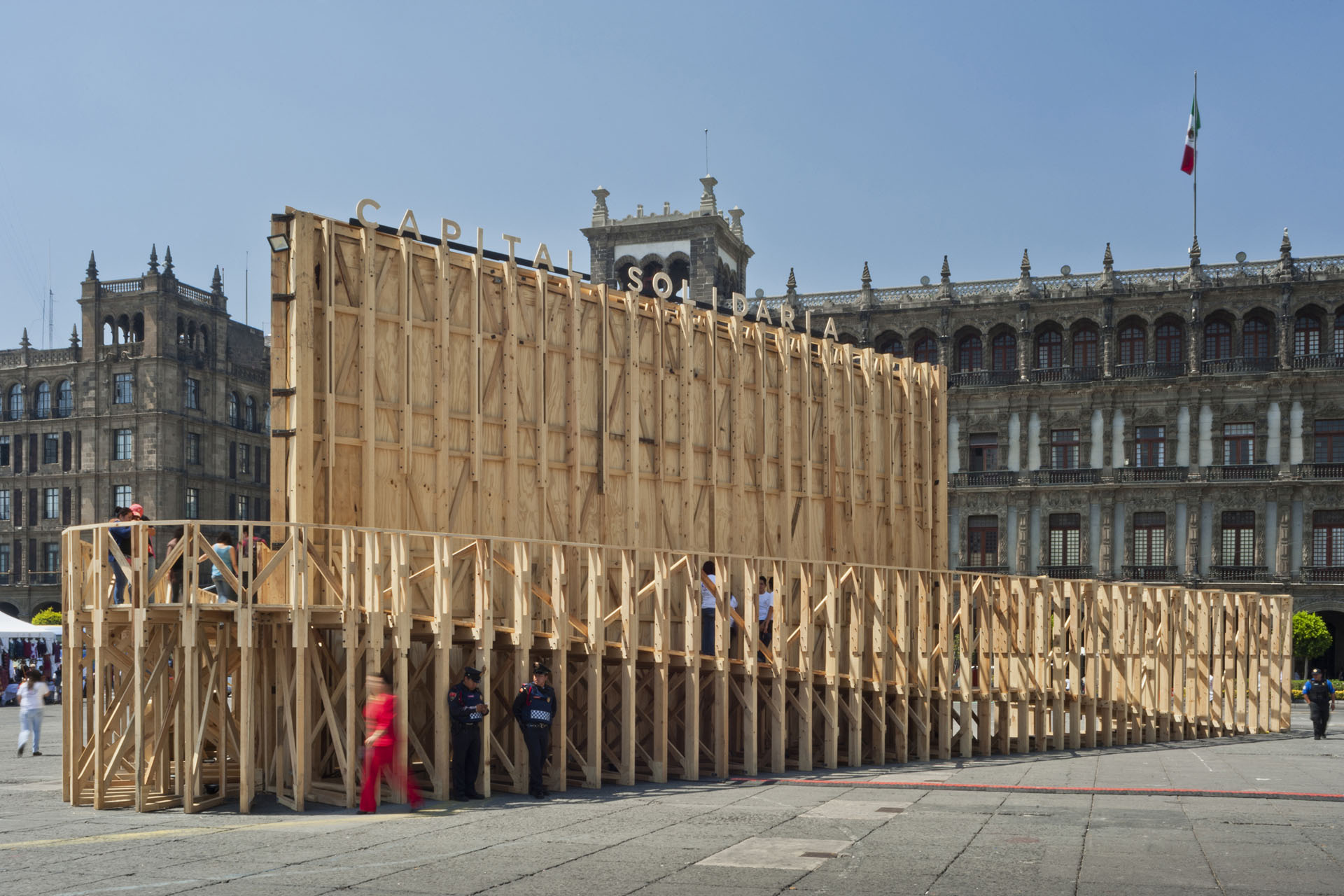