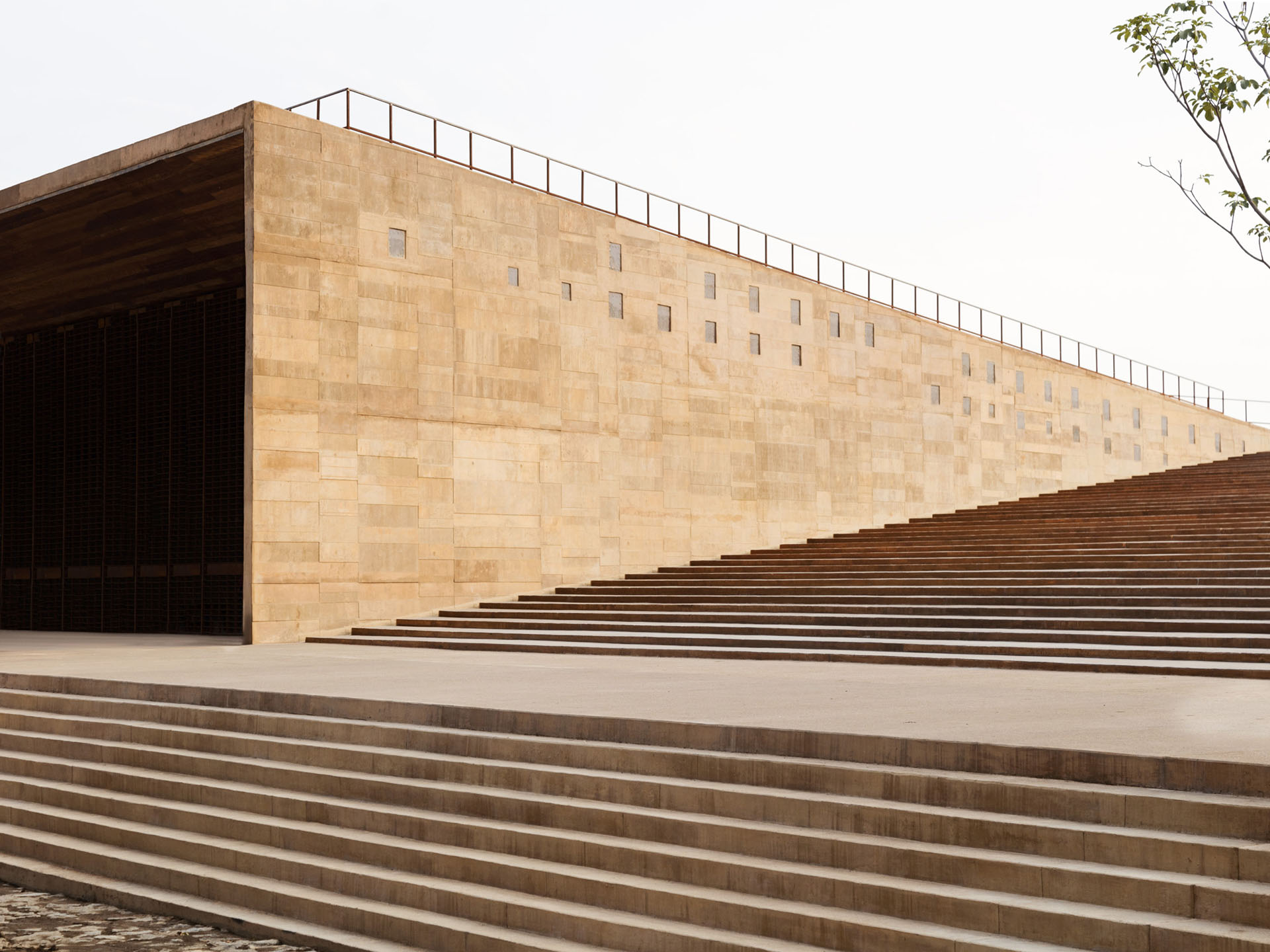 The project for the new Cultural Center is located on a site opposite the archeological zone of Teopanzolco, a situation that proposes two fundamental strategies: on the one hand to enhance the relationship with the archeological site and on the other to generate a significant public space.

The building is organized around two elements, a triangular building that contains the public programs (lobbies, services, box office, cloakroom, auditorium) and the platform surrounding it that contains the operation zones (dressing rooms, storage, workshops, etc), including a multipurpose black box theater.

The horizontal platform surrounding the triangular building serves as a viewing area for the archeological zone and towards the city. This grand plinth contains a series of patios, one of which, facing the secondary entrance to the auditorium, has been sunk into the ground to create a small open-air theater space. This platform generates a variety of exterior spaces and resolves the secondary access to the interior of the auditorium or to the platform itself while incorporating the existing large trees.

Meanwhile, the main triangular-shaped roof comprises a large stepped ramp that emerges from the intersection with the horizontal platform that surrounds it and substantially reduces the physical presence and visual impact of the new building, as well as converting the roof itself into an additional open-air auditorium, which has the archeological site as a backdrop. This great triangular esplanade forms the roof of the auditorium’s main hall and contains another, smaller triangular esplanade that in turn forms the roof of the main lobby. Both platforms descend in opposite directions and create a visual interplay of inclined planes that can be appreciated from different points of the building. The main lobby is a semi-open space with strategically located apertures permitting cross-ventilation, avoiding the use of electrical air conditioning systems. The axis of composition of the triangular floor plan of the entrance space was deliberately aligned with the main pyramid. As a result, the lobby placed exactly opposite the pyramid becomes a viewpoint and a space for meeting before or after events, and a space that establishes an ongoing dialogue with contemporary cultural life and the presence of the past. 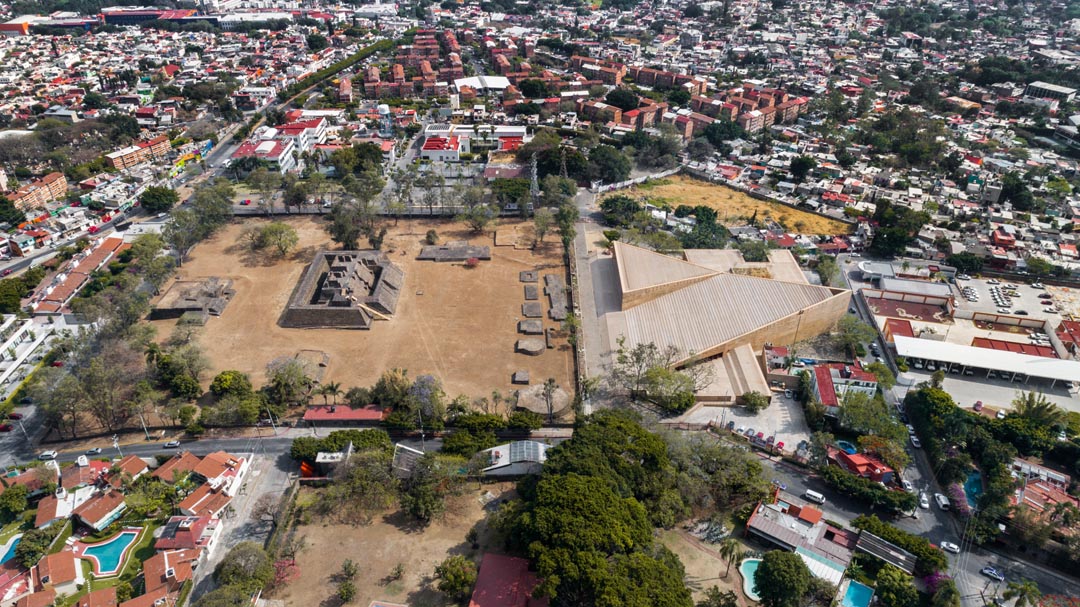 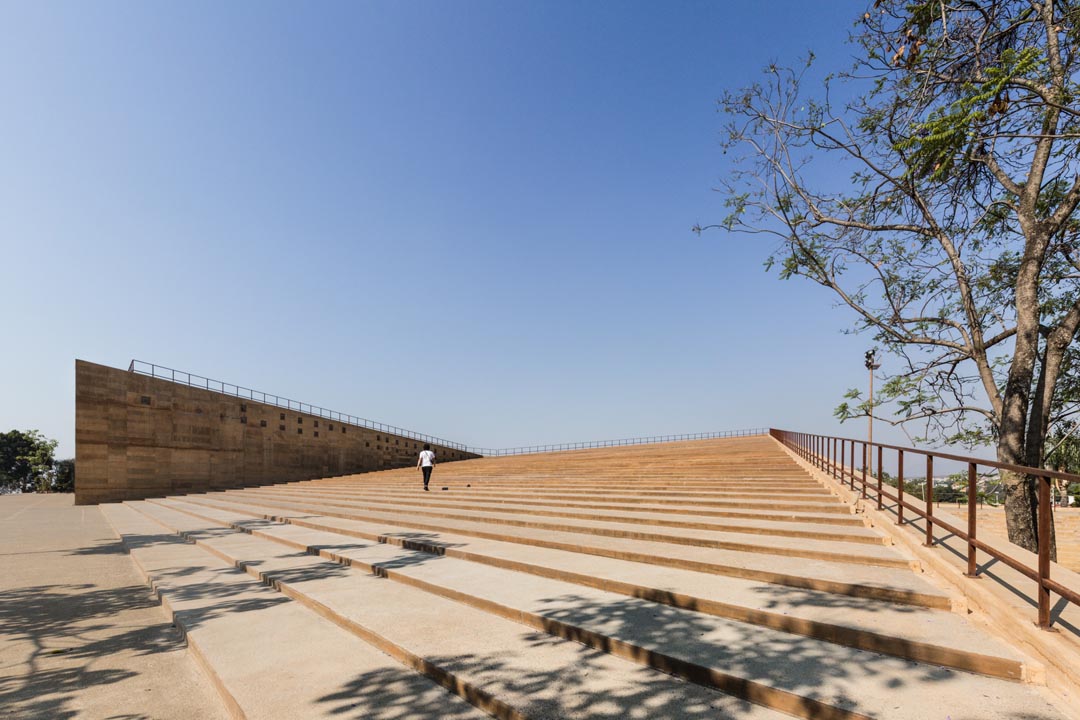 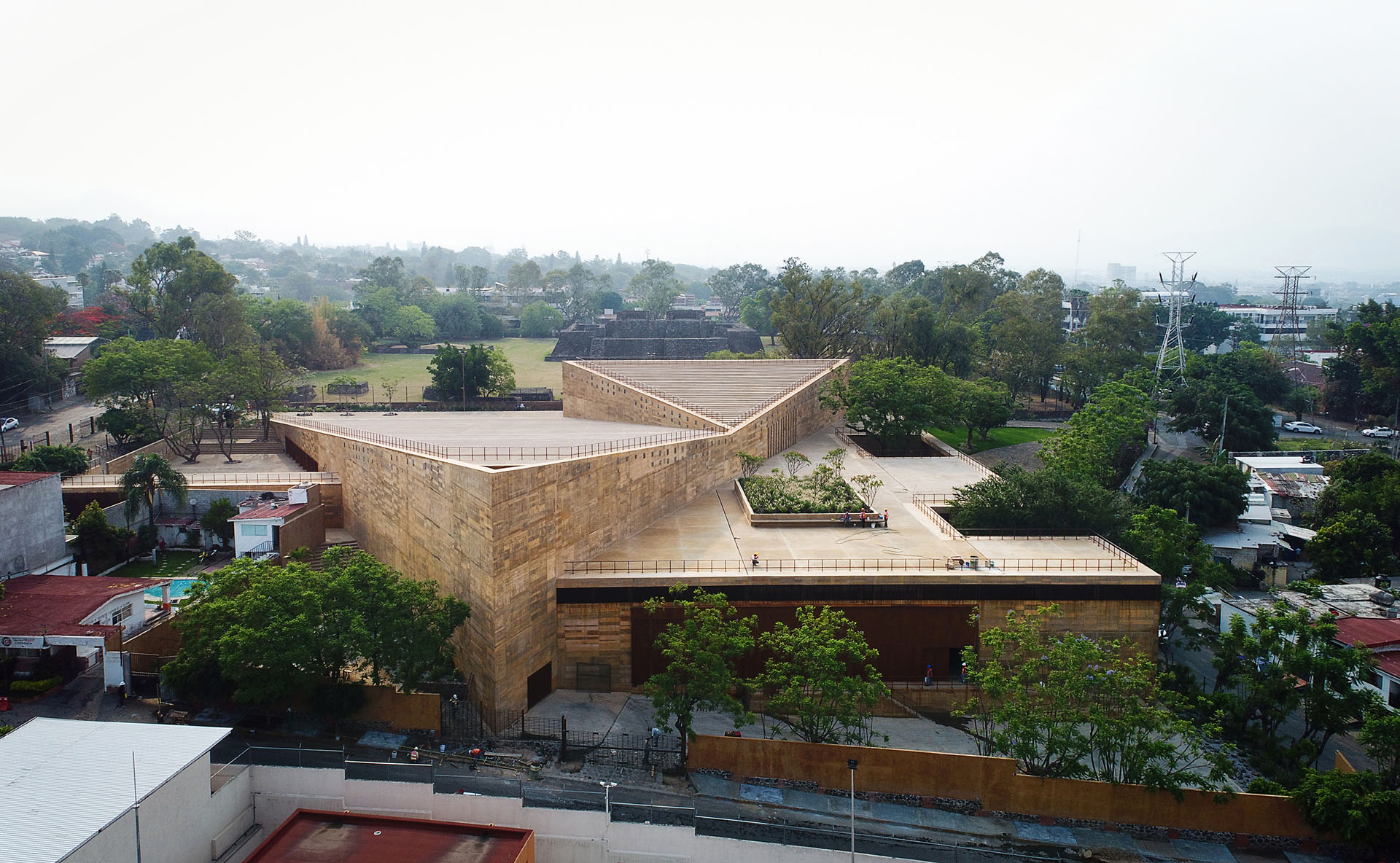 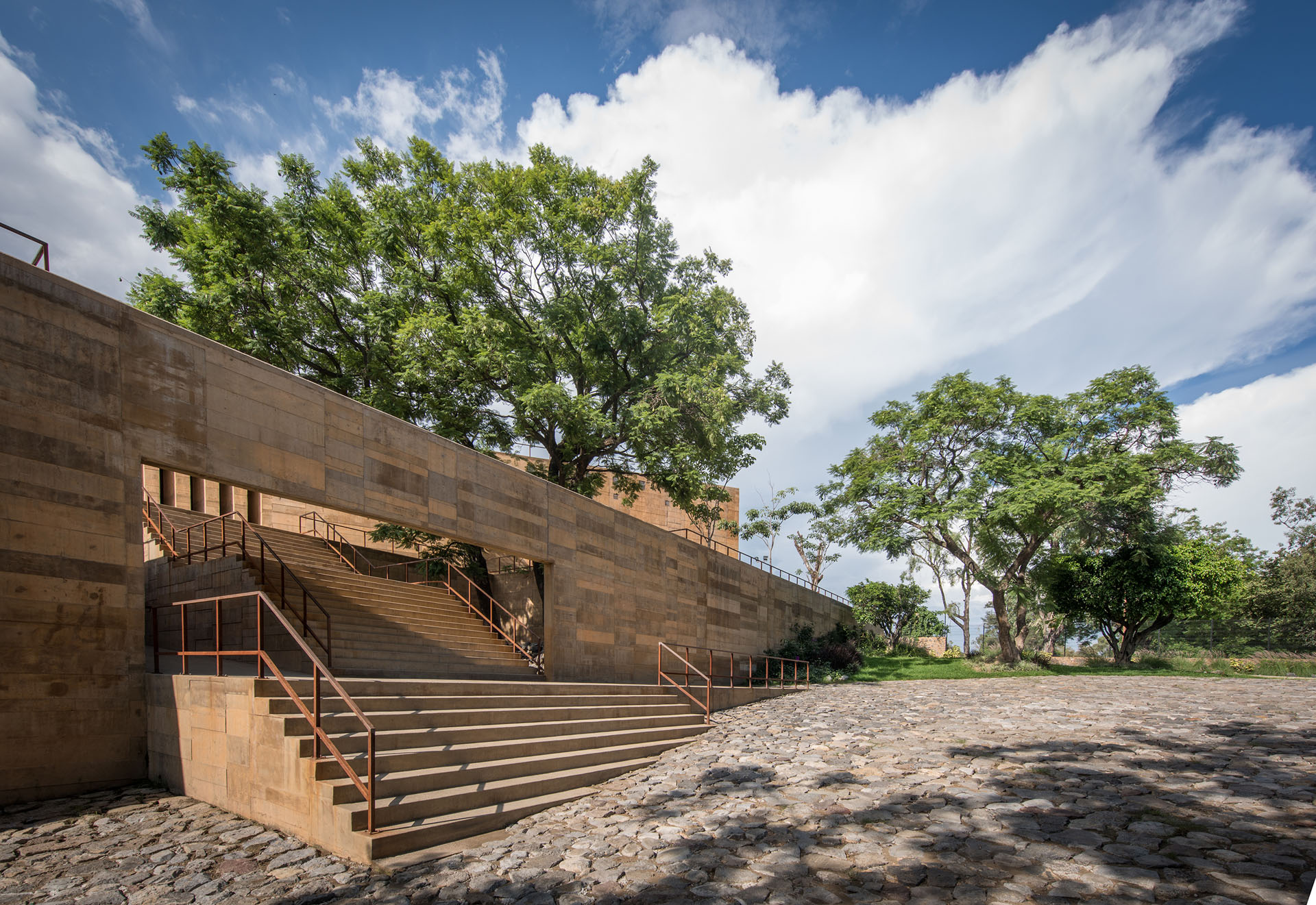 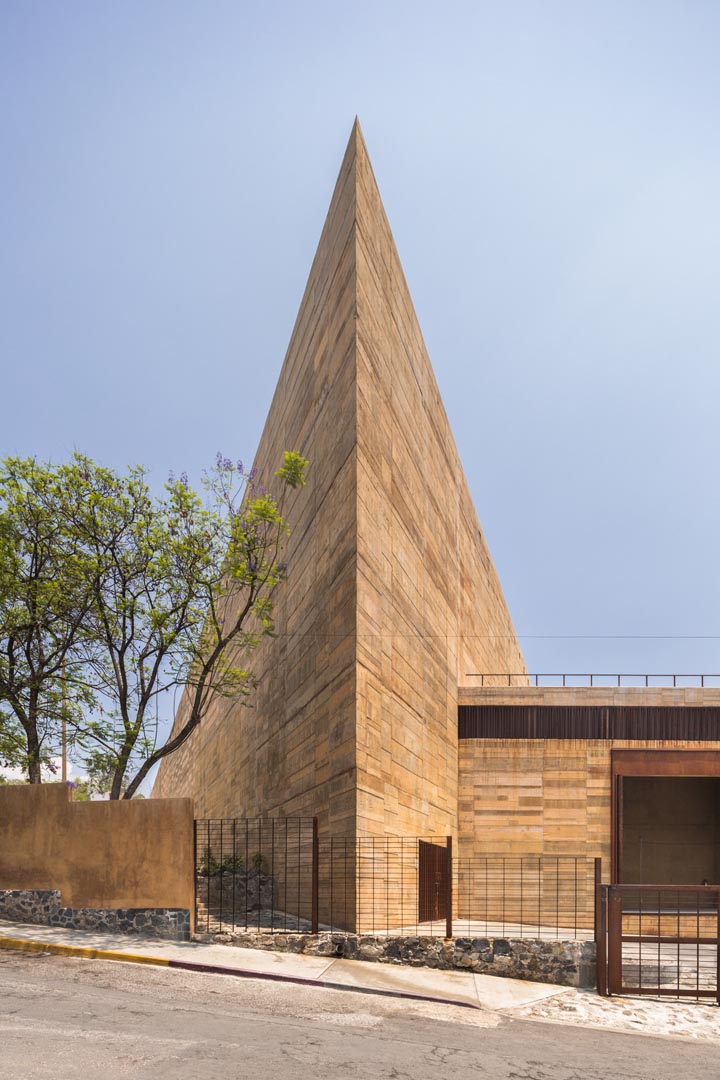 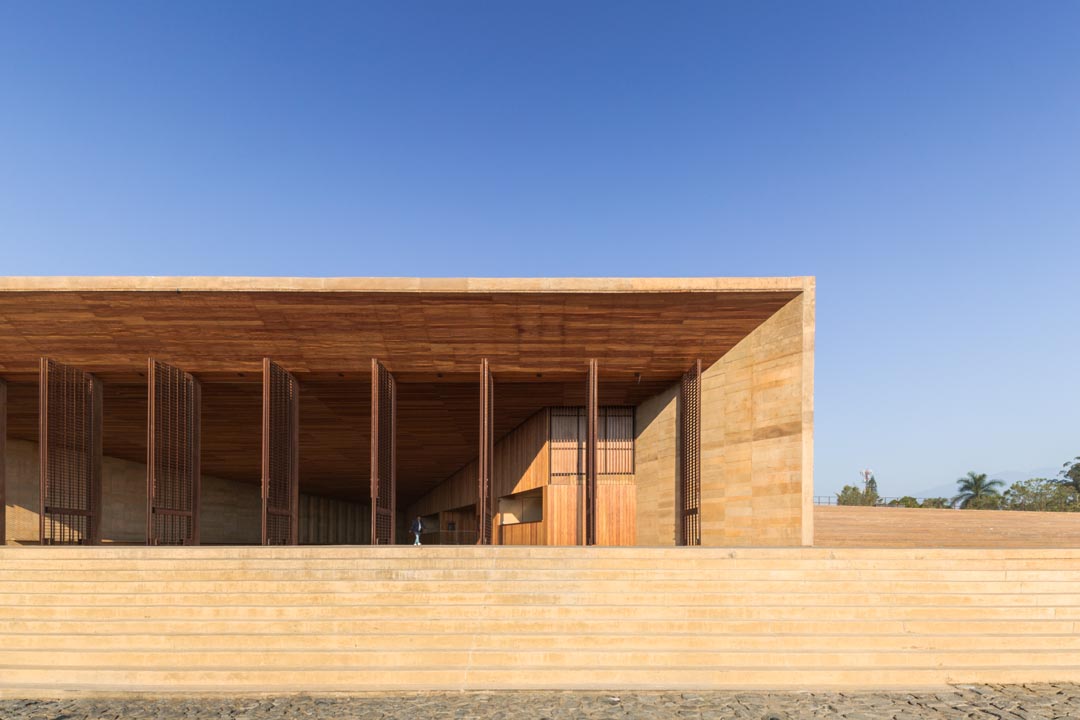 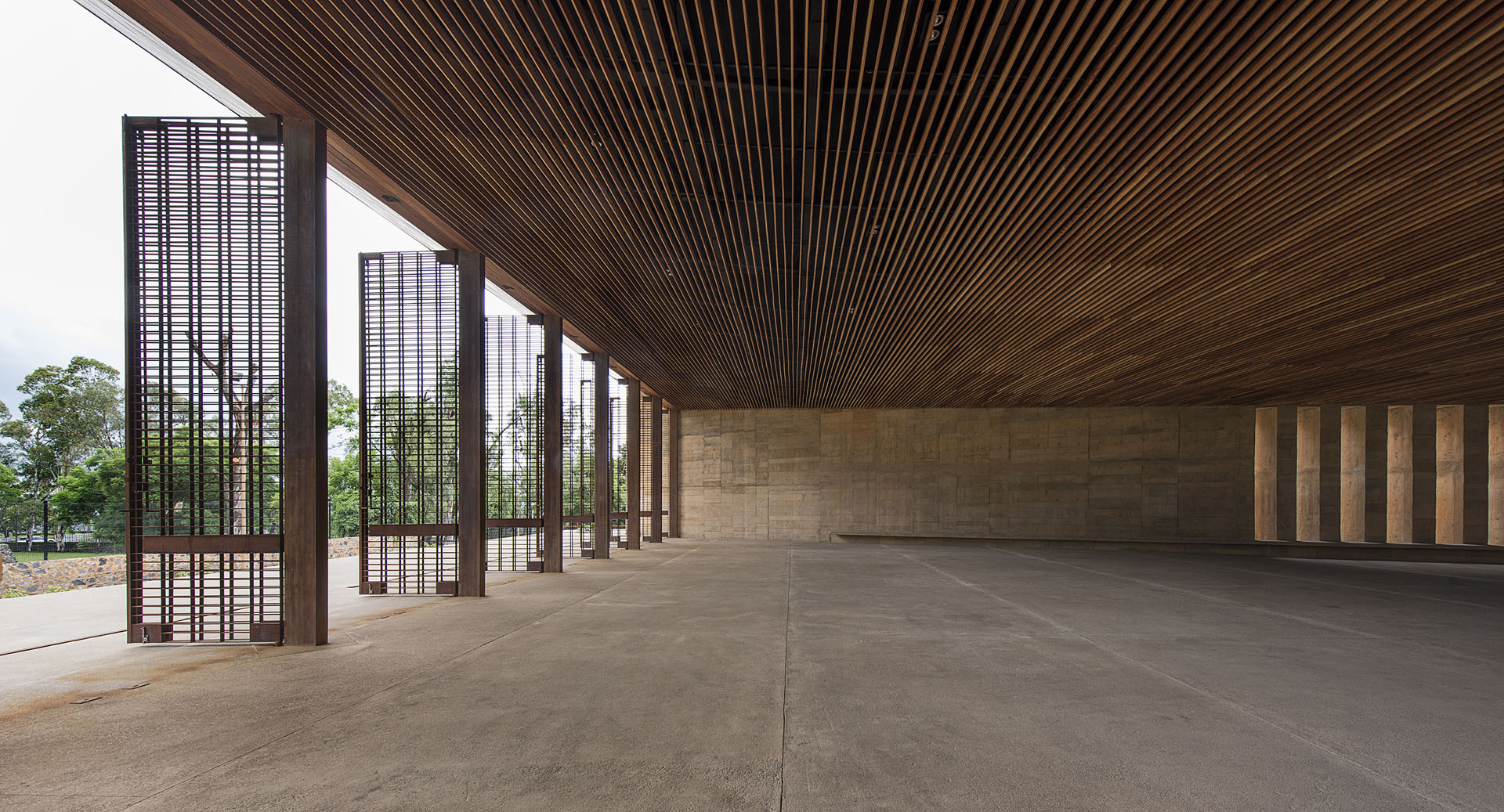 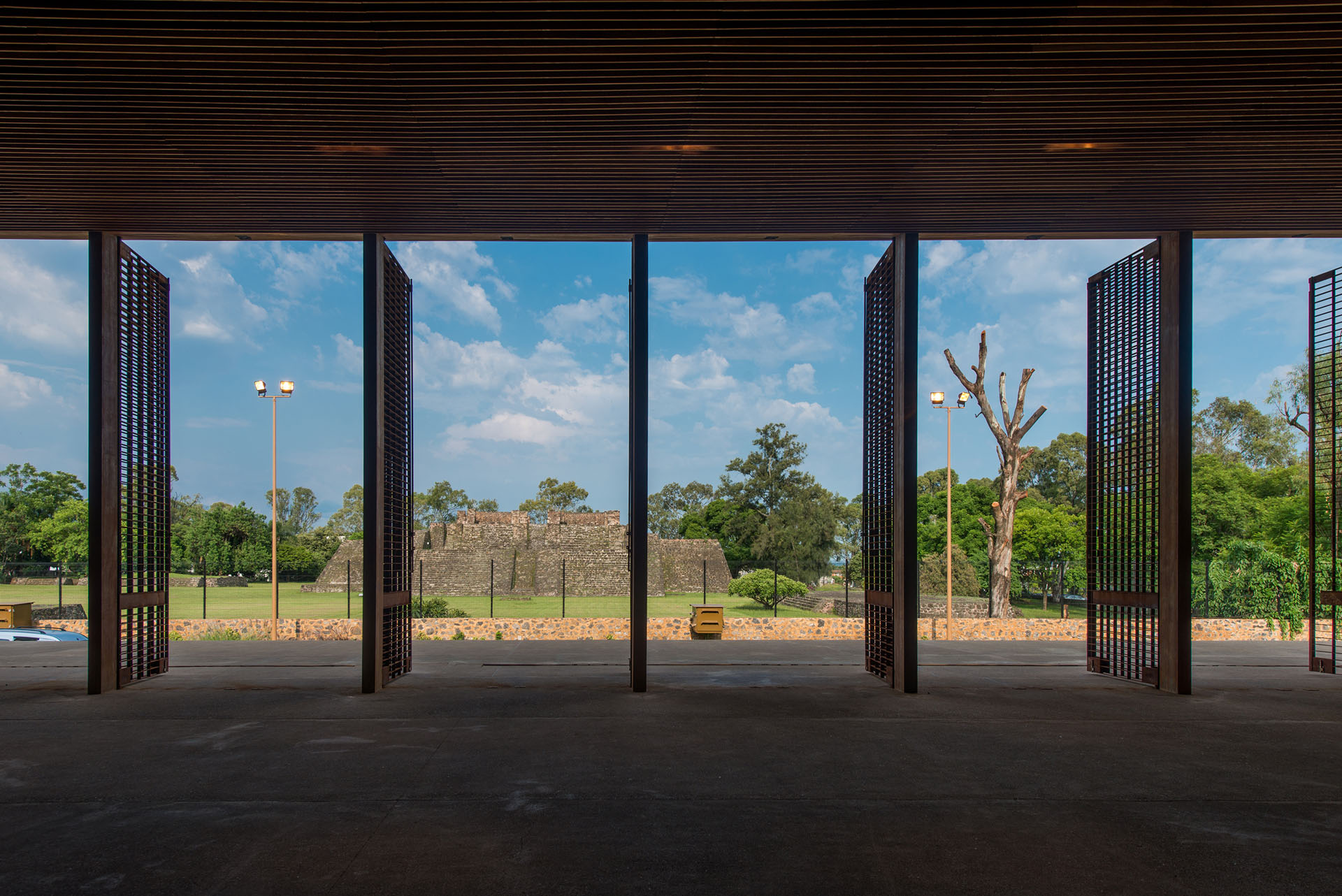 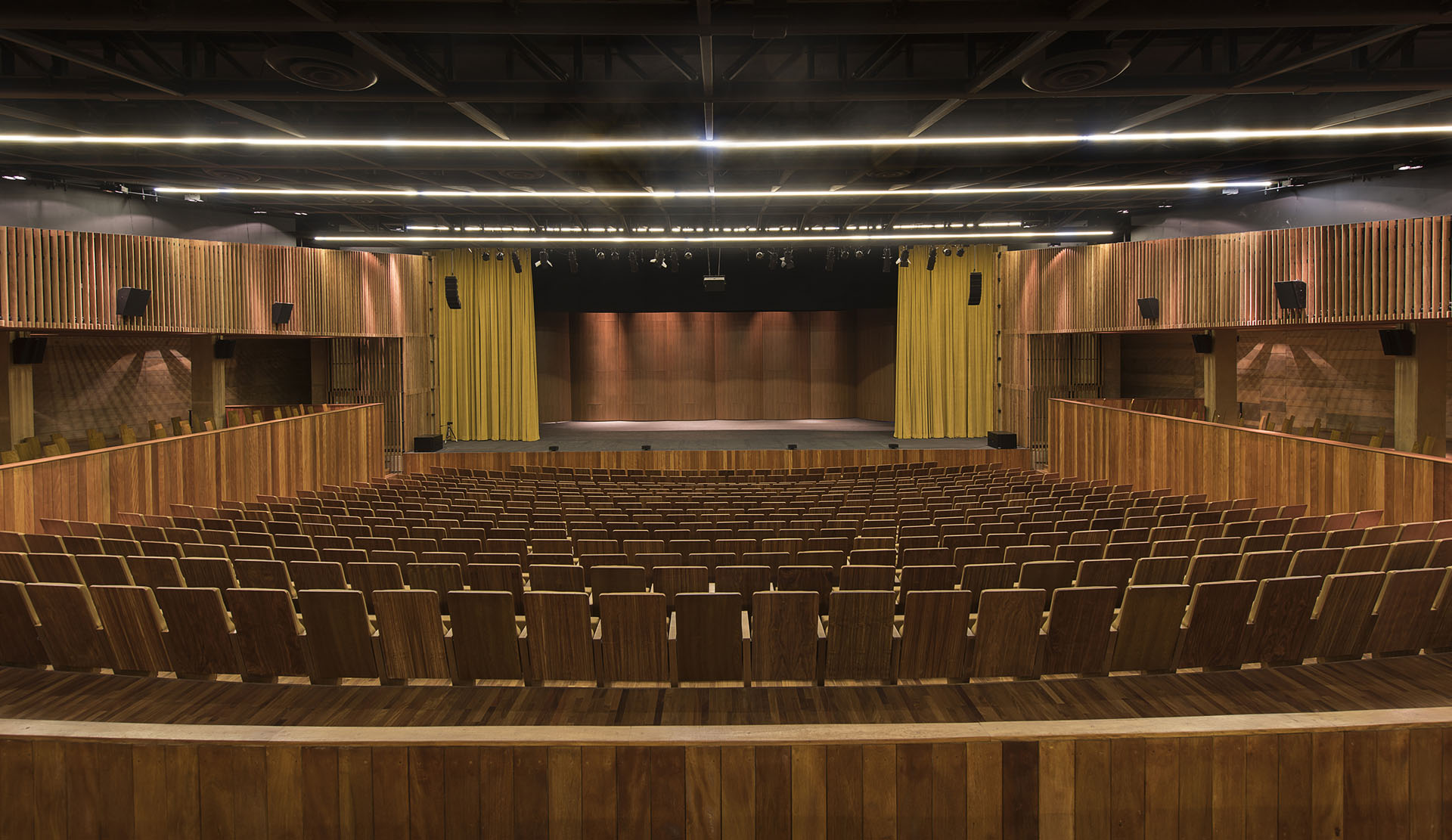 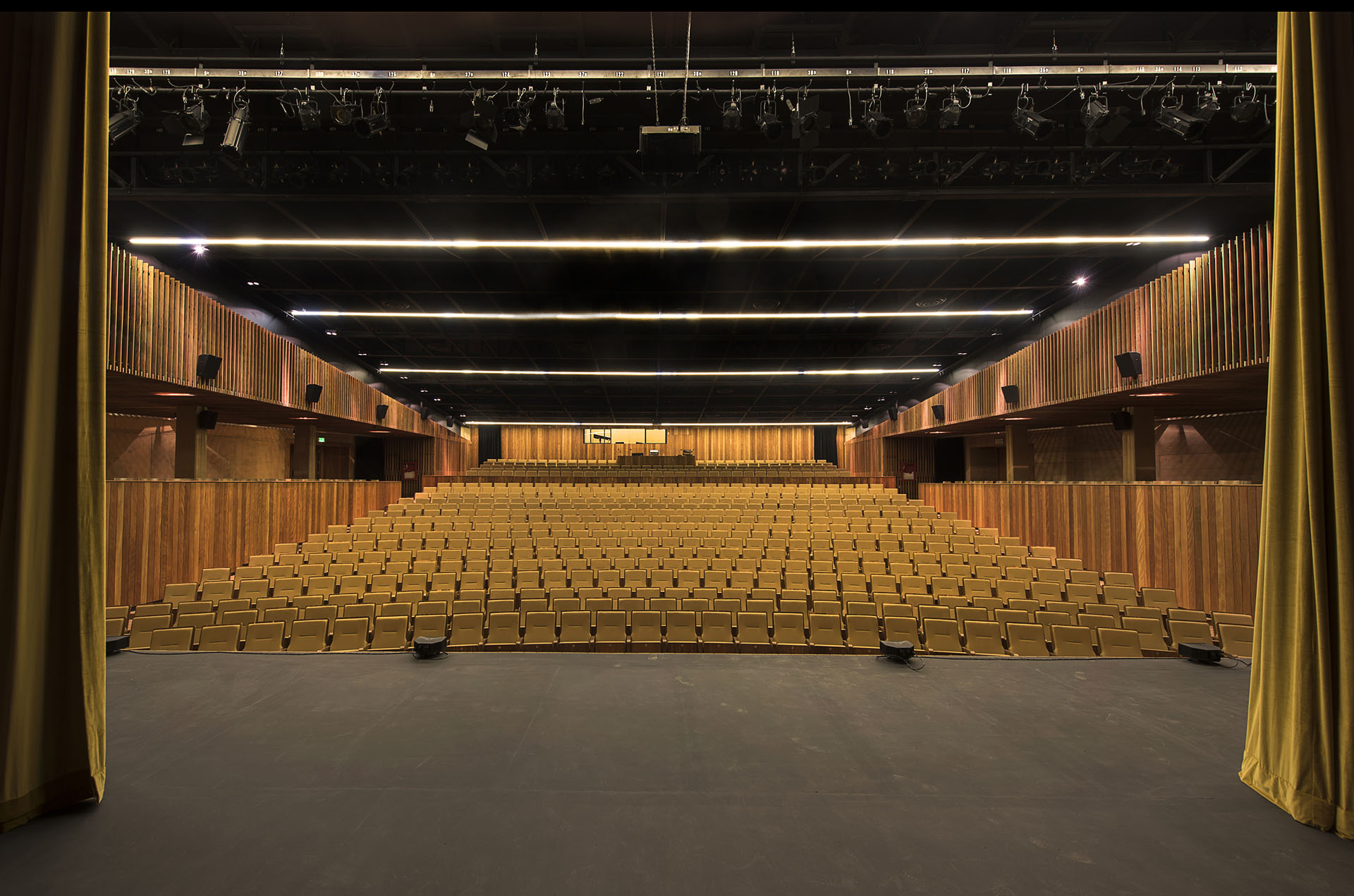 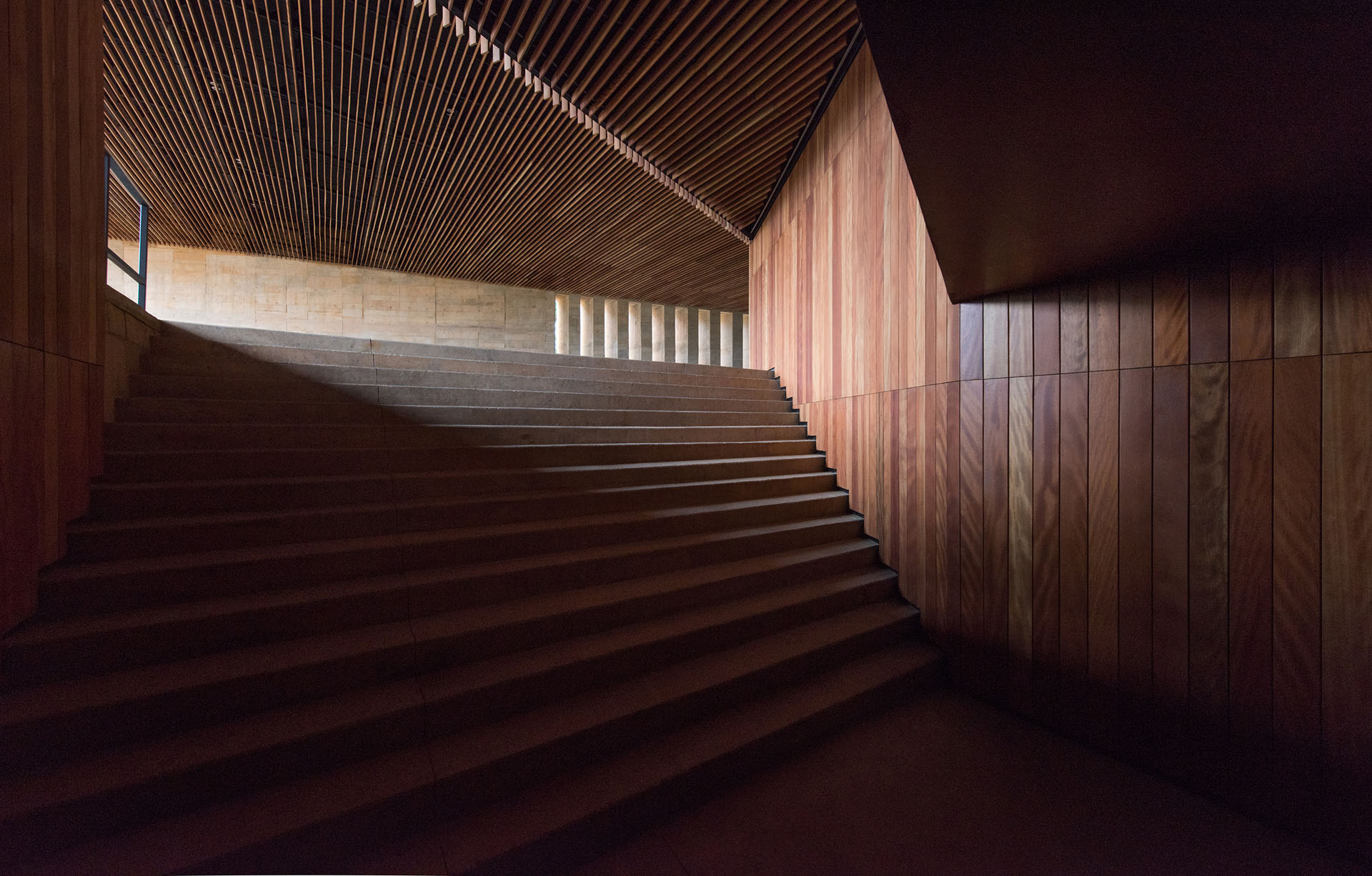 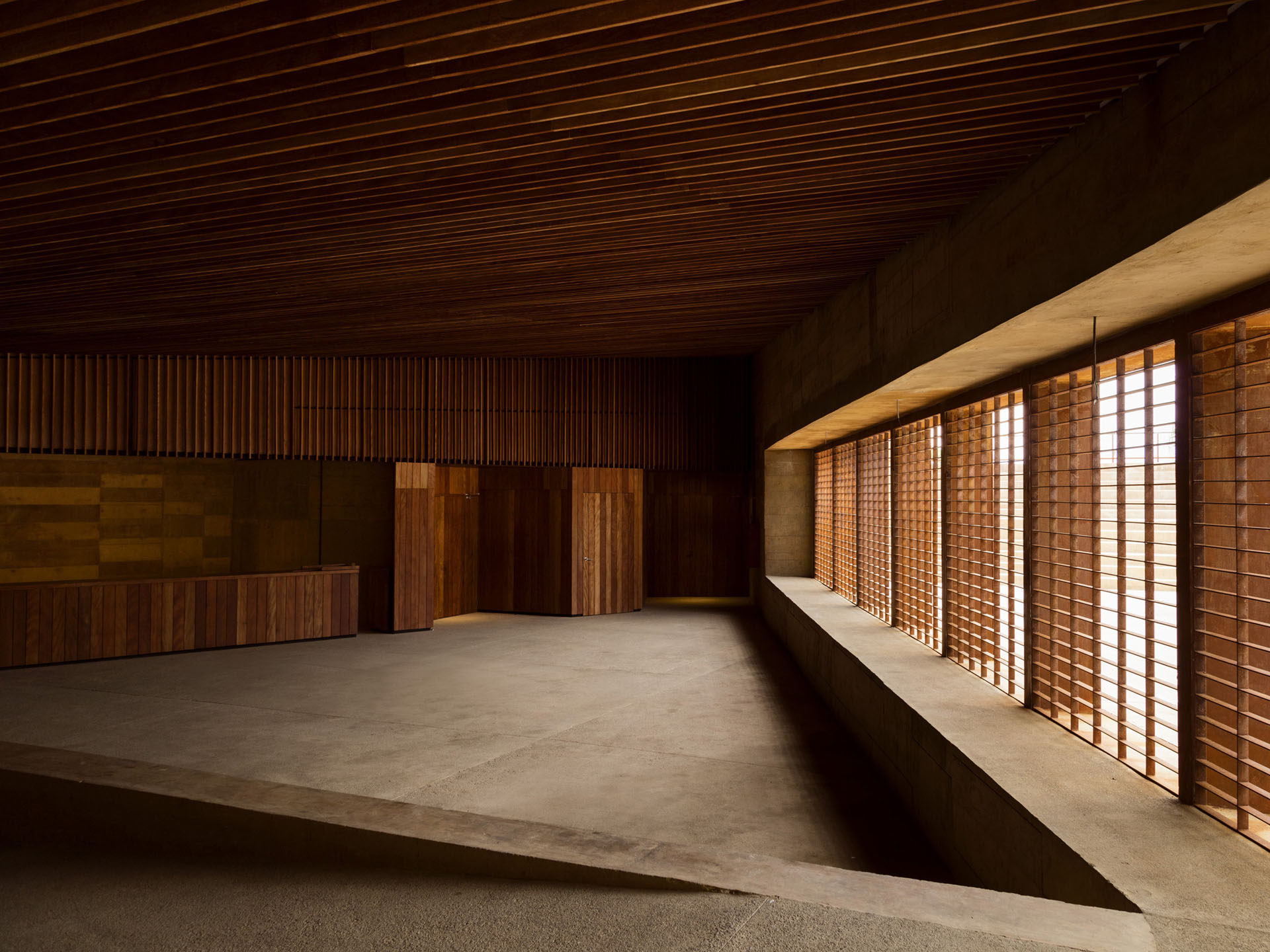 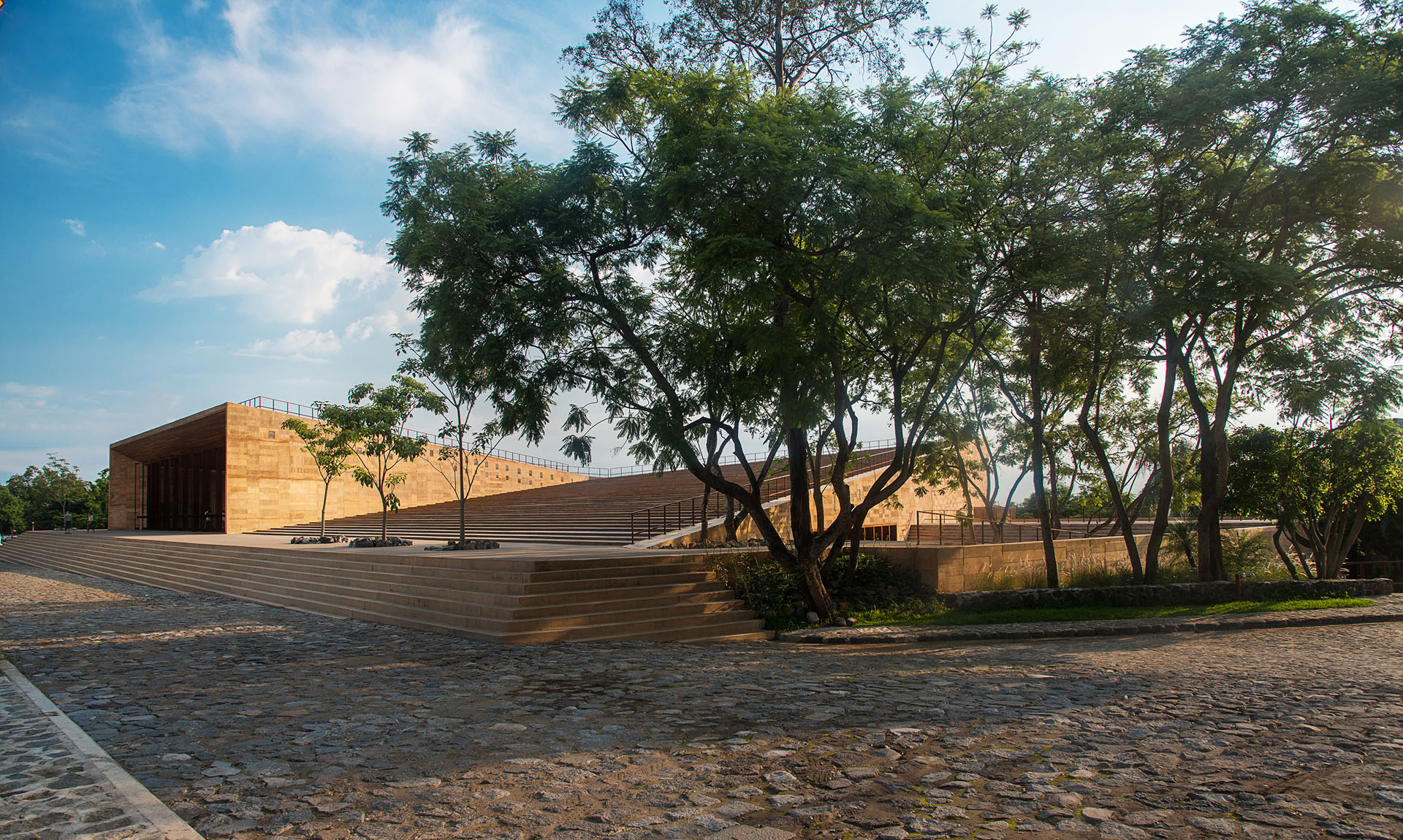 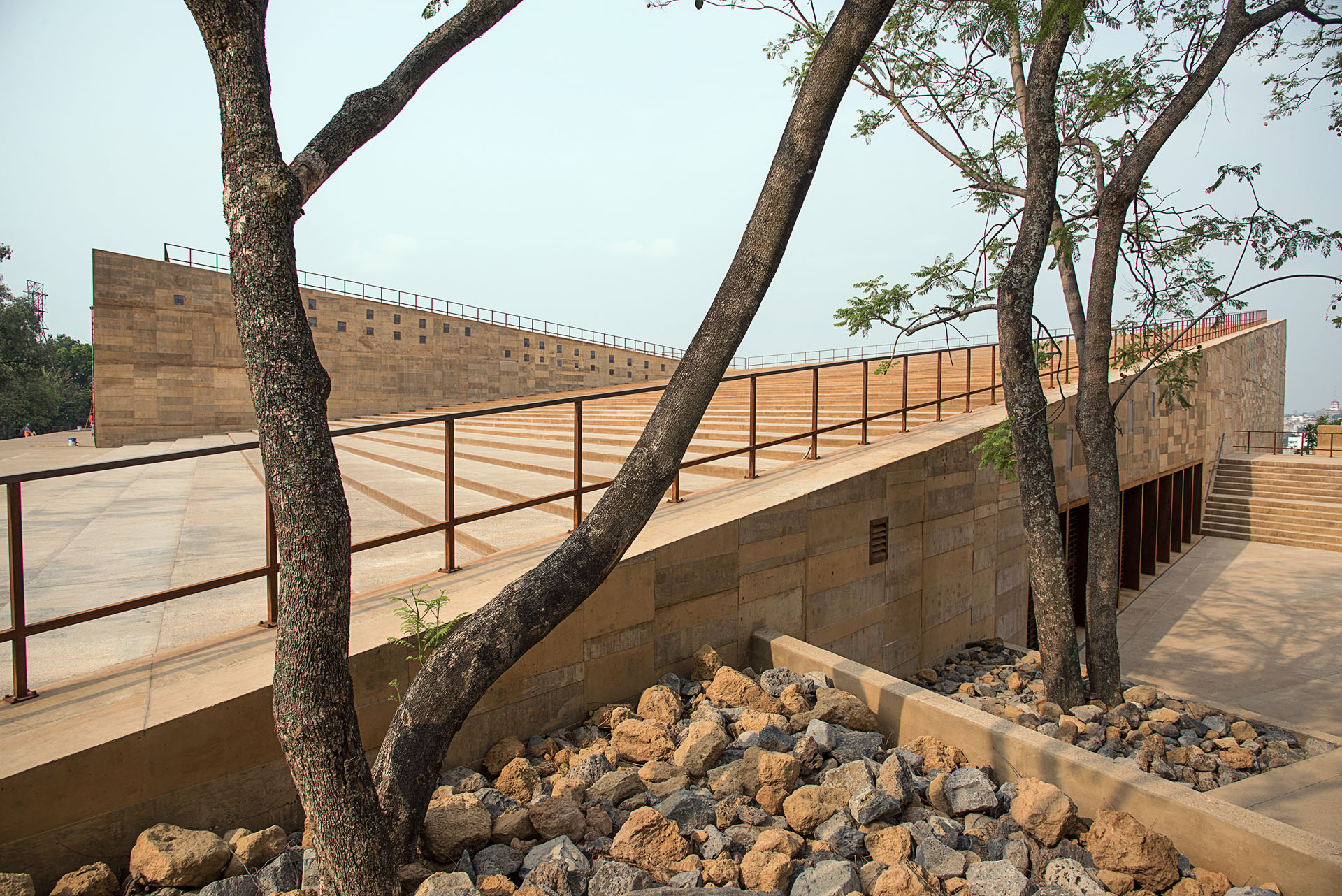 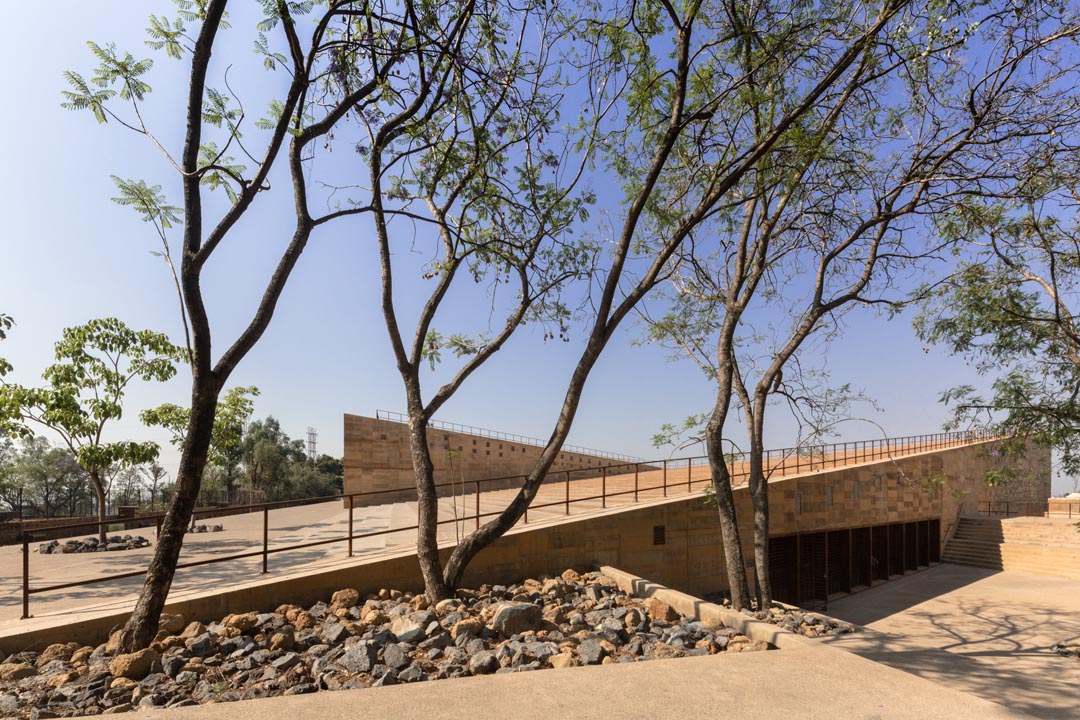 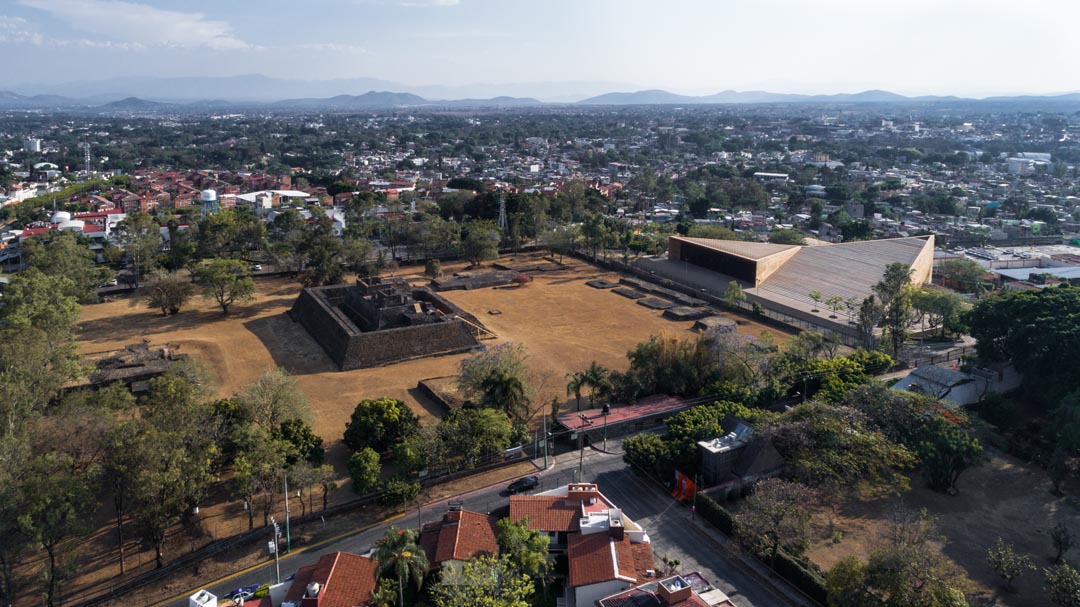 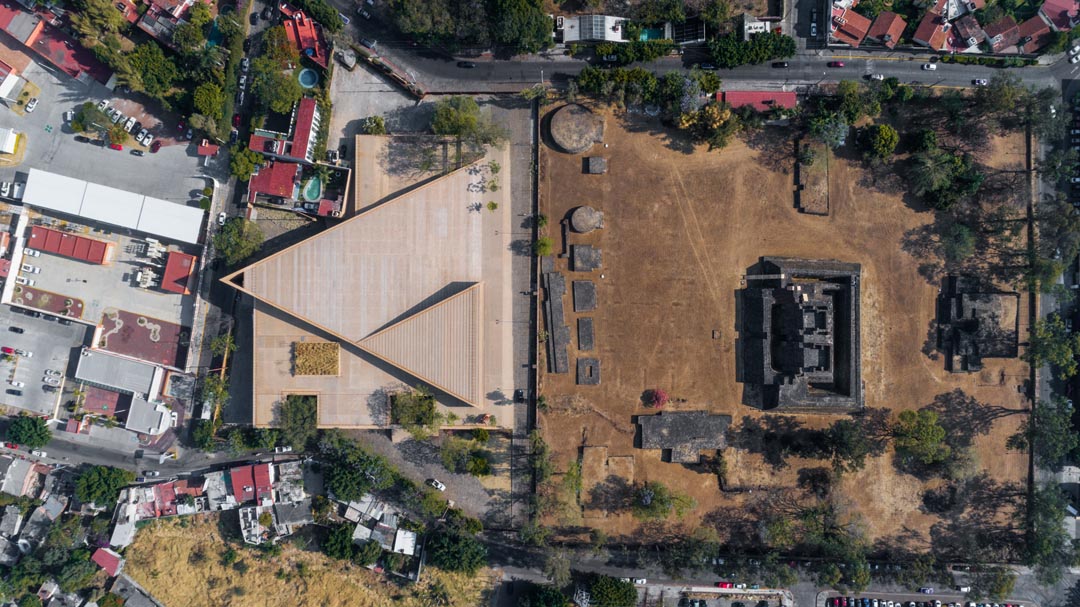 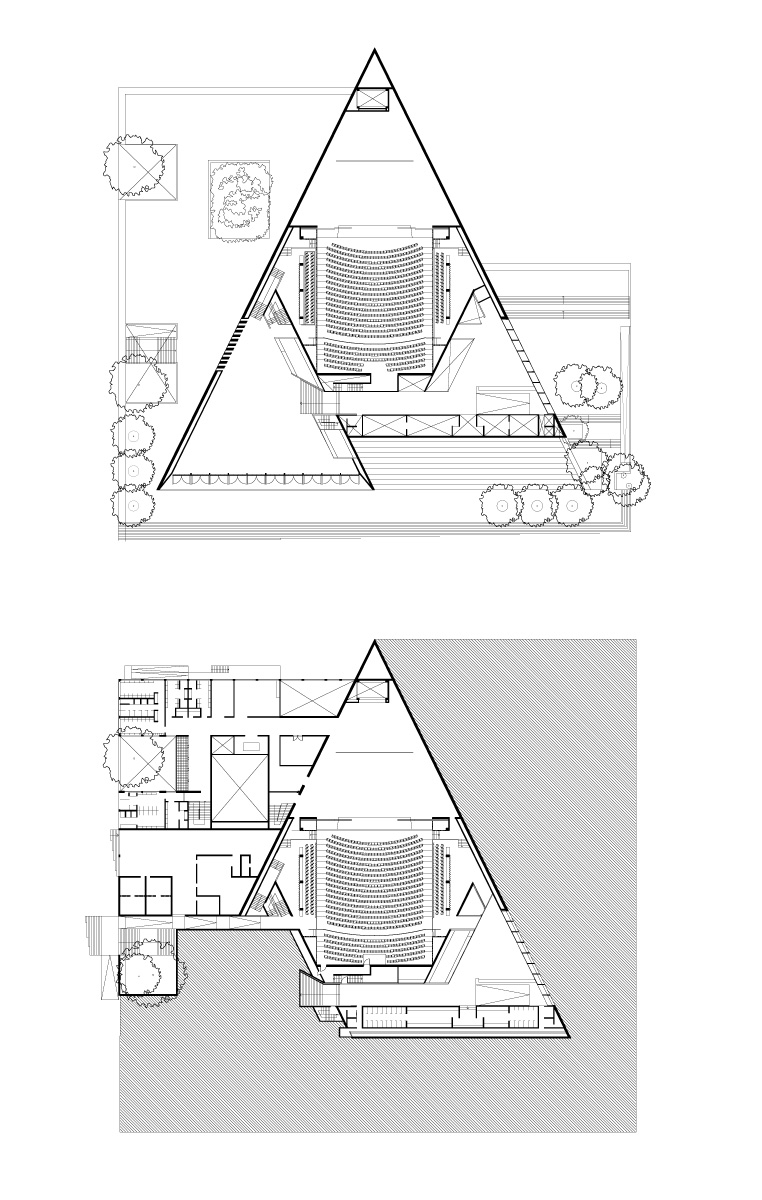