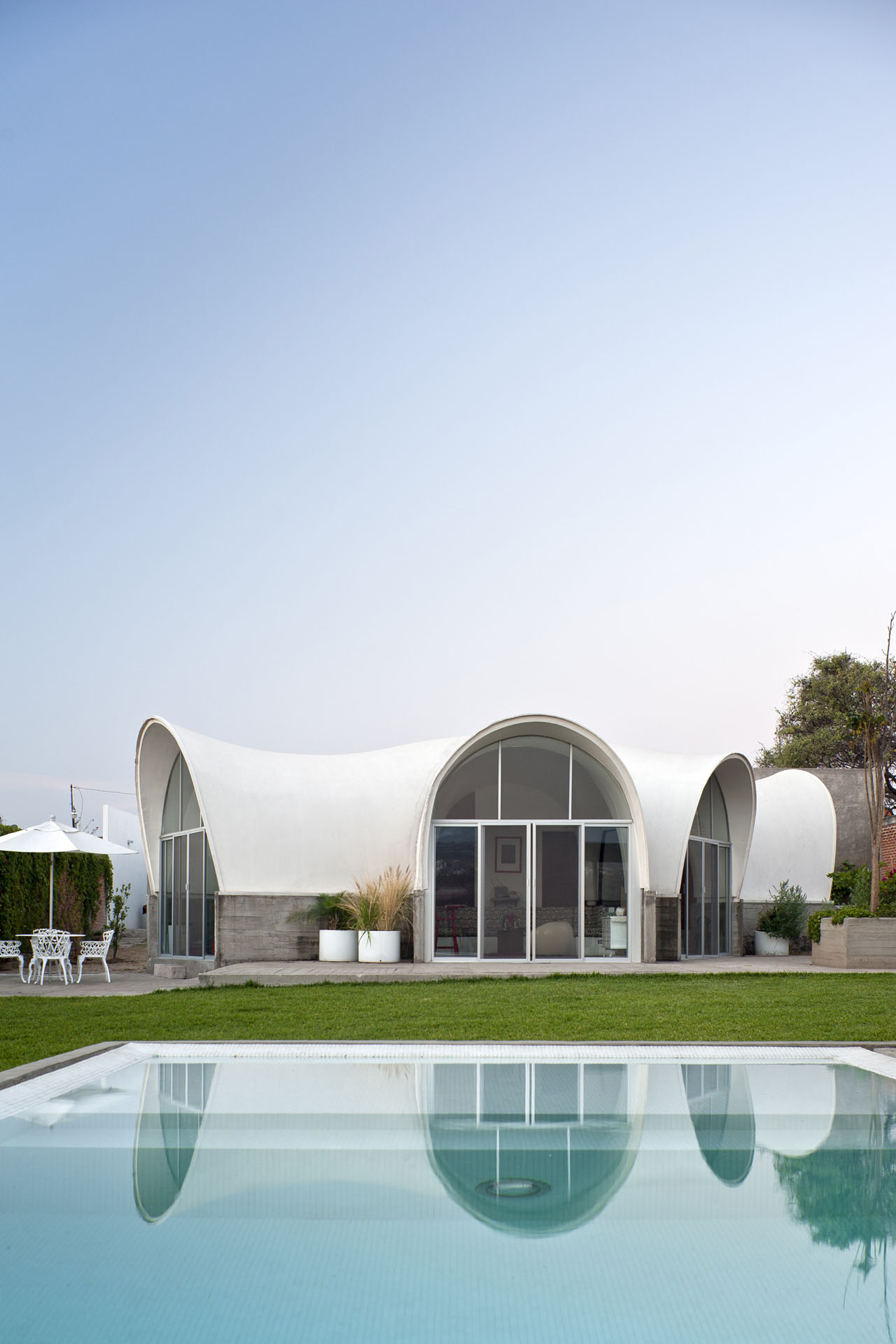 This project started when the clients inherited an old polyester structure of a modular house in which they spent weekends in the 1970s. The structure of the experimental house—designed by the visionary Mexican architect Juan José Díaz Infante as part of his Kalikosmia project—used six shells that could be assembled in a variety of configurations. These shells were made of polystyrene foam covered on both faces with fiberglass, like a surfboard: a nucleus of light foam with a rigid exterior surface.

The owners bought a plot one hour by car from Mexico City in order to recycle the six parabolic fiberglass modules by reassembling them. The recycled elements were placed on an exposed concrete base one meter high, to enlarge the space and thus avoid the concentration of warm air inside the building. External terraces are also surfaced in concrete with a texture created by the wooden formwork (used once or twice before) to set up a contrast between the dark concrete with a rough texture and the smooth white surfaces of the restored shells. 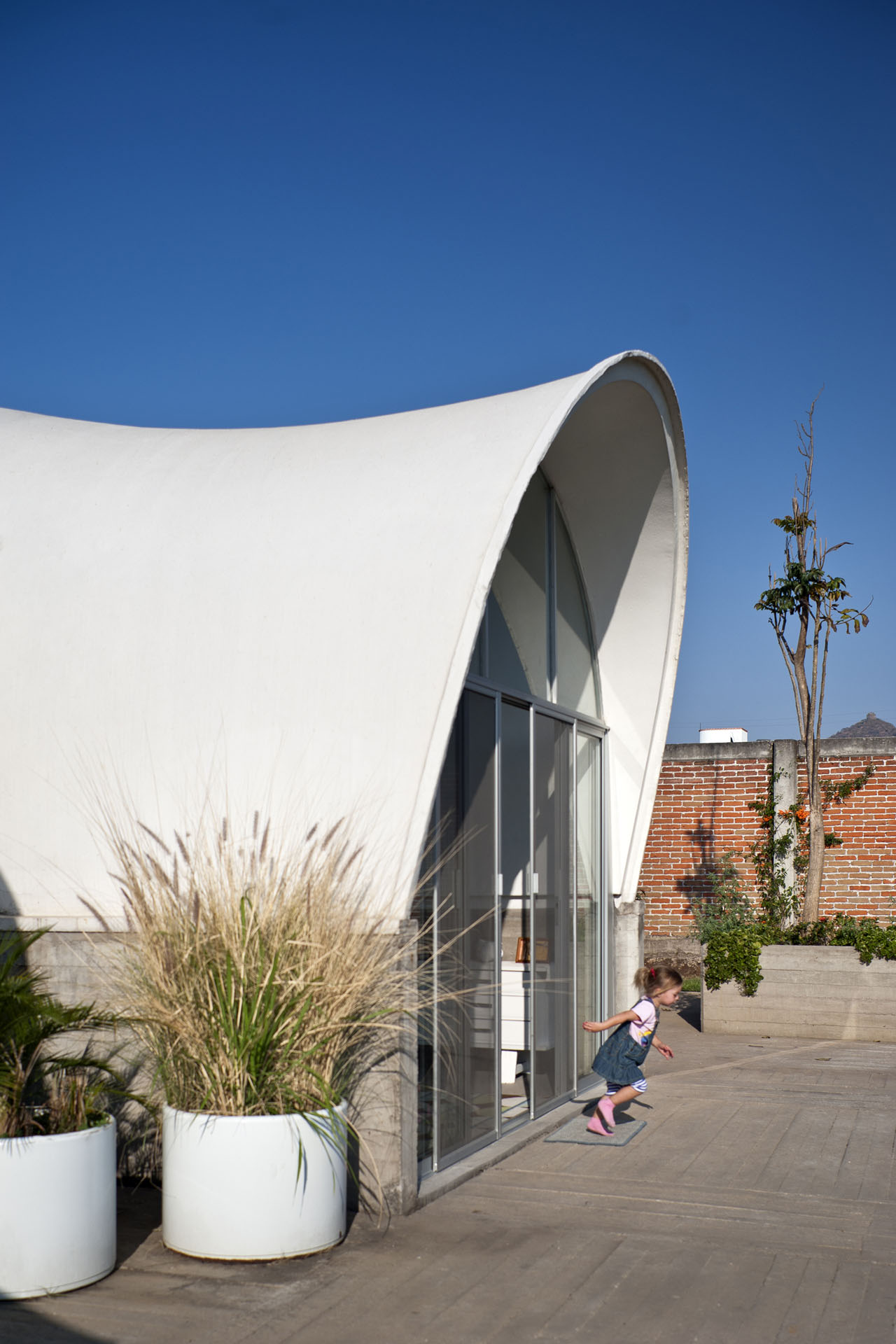 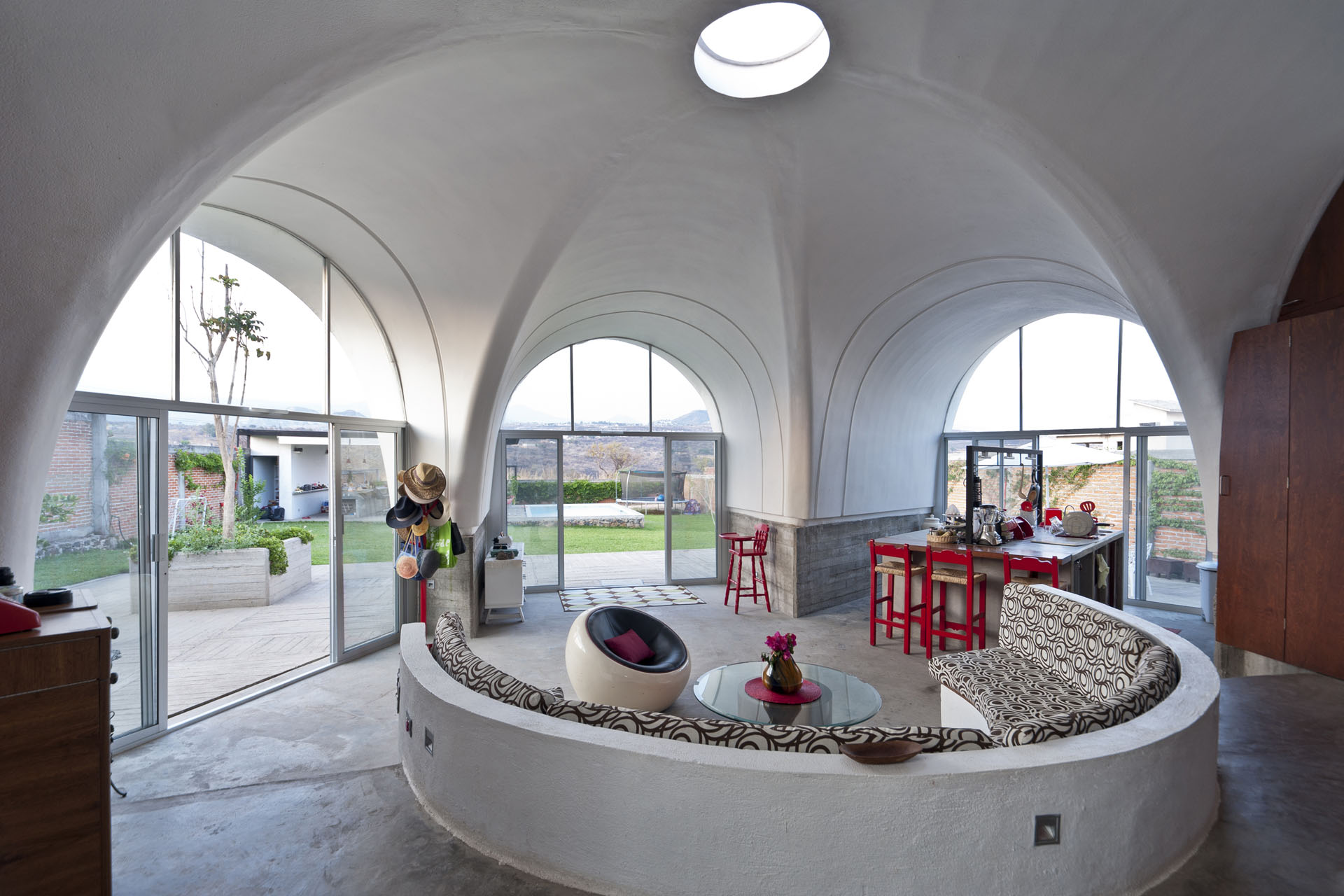 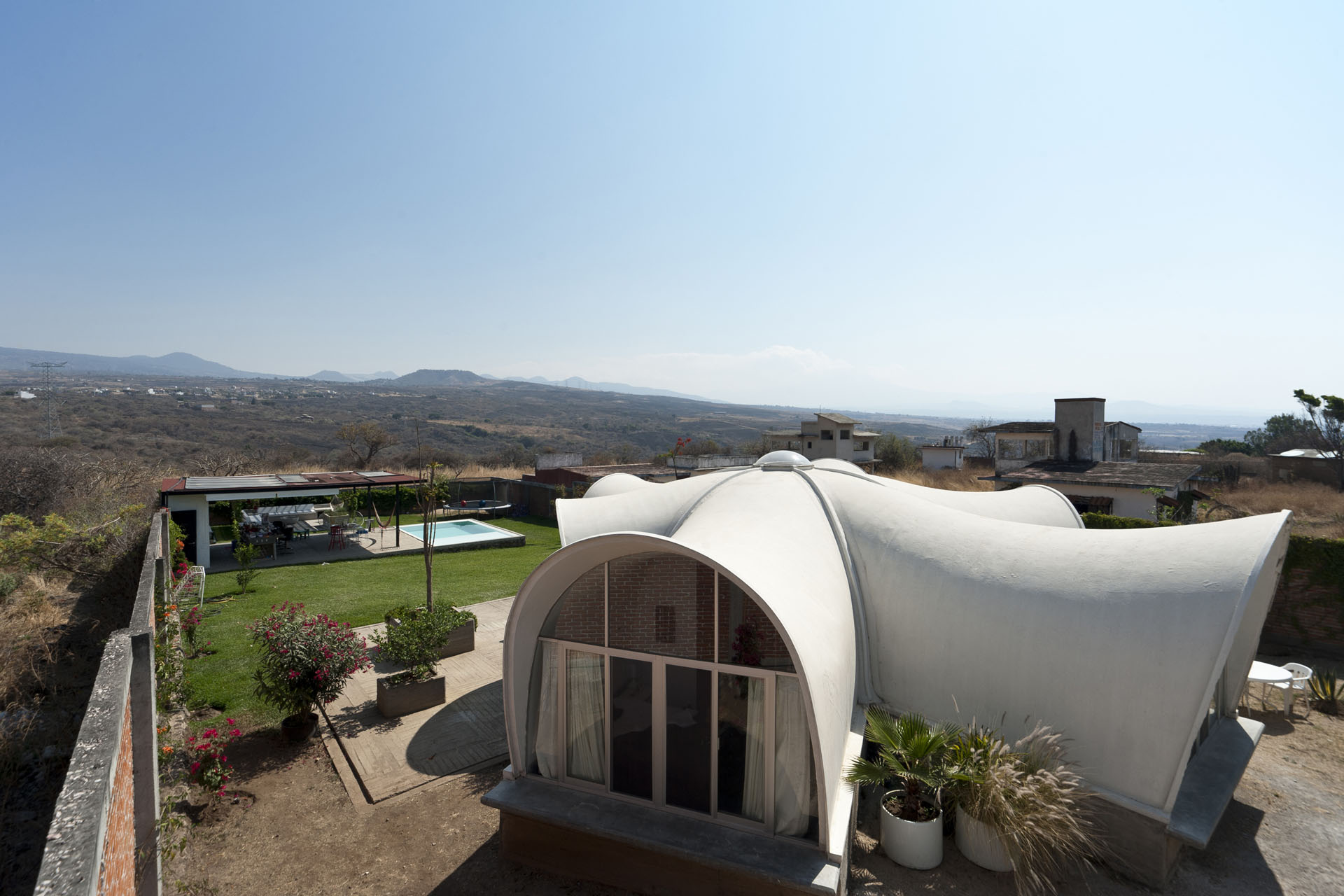 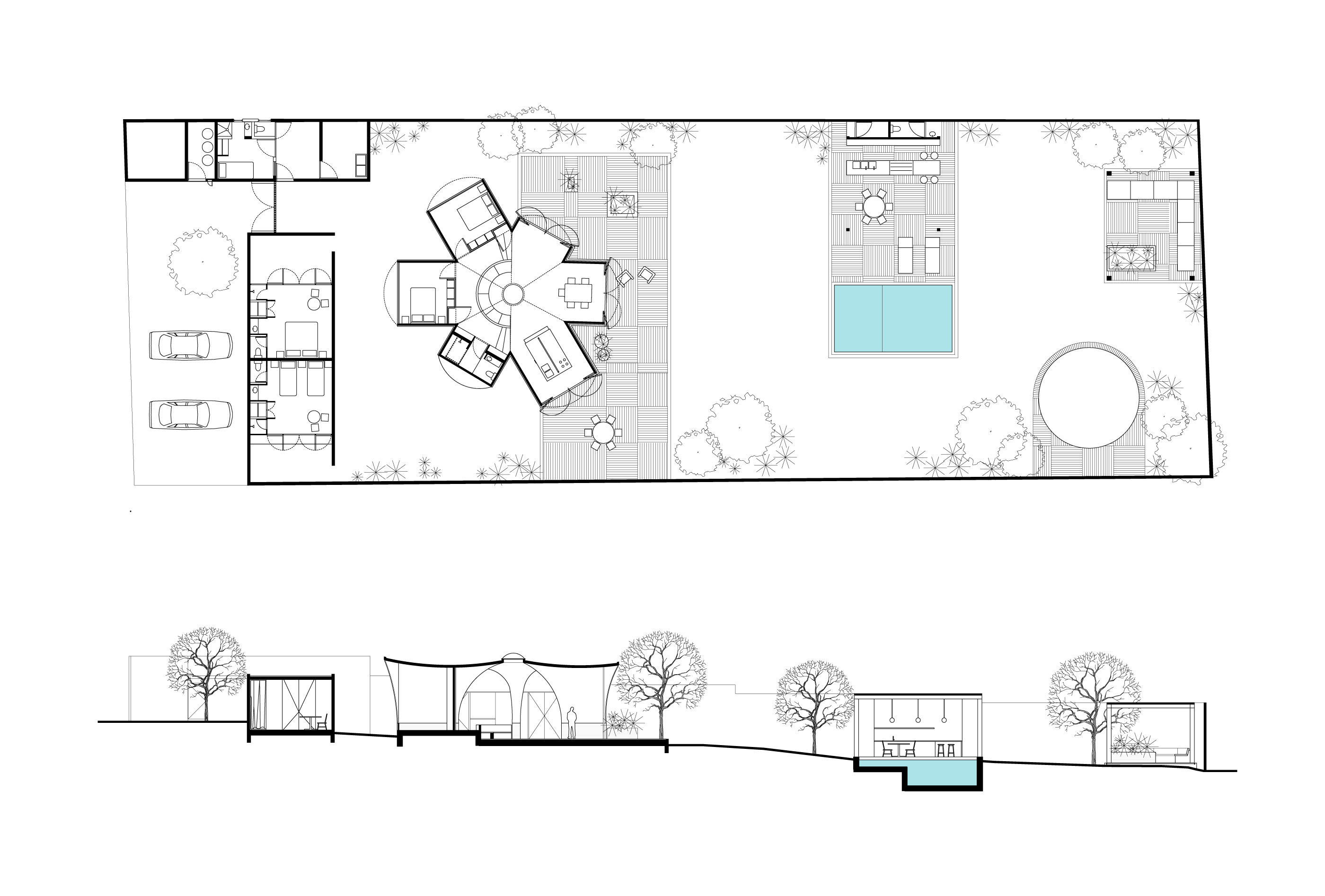