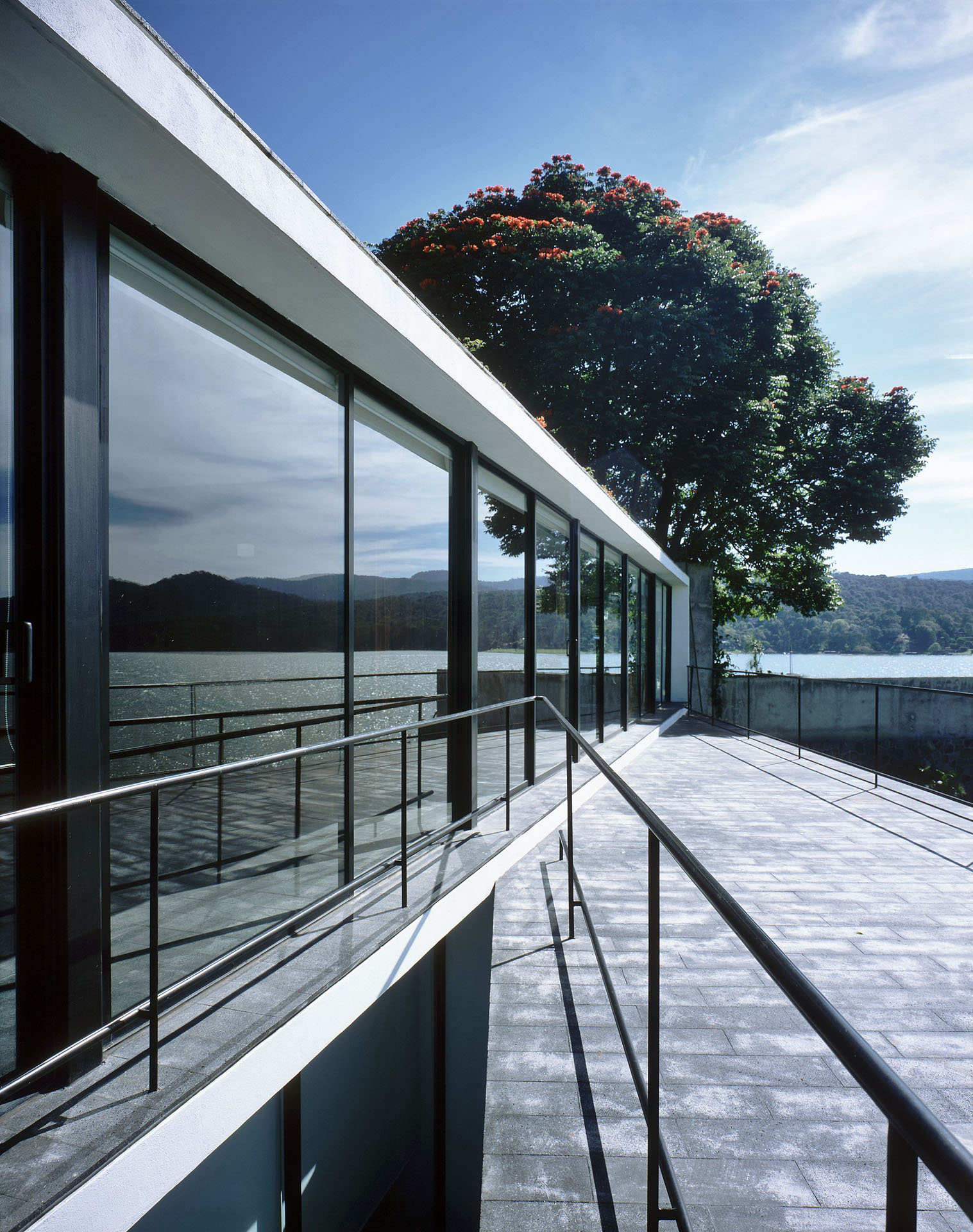 The site of this house is on the banks of the lake at Valle de Bravo, a few hours by car from Mexico City. To benefit as much as possible from its relationship to the surroundings, the building is shaped as a series of long rectangular prisms, each of which has one side completely open to the lake. The slope and the variety of activities set out in the brief generated three volumes that are partly on top of each other and form a zigzag with access from each to a large terrace on top of the volume below. This form produces patios with irregular shapes, making cross-ventilation possible. Seen from the street the house looks traditional by using tiles, timber, stone and a plain façade with small openings, as required the local planning rules. The modules formed by metal elements have a variety of widths and the gaps between them are wider on the lower floor than on the upper floor, thus, when the house is seen from the lake, exaggerating the perspective and making it seem larger. This view displays a dwelling that is a composition of typically modern volumes with large areas of glass stacked in a dynamic new configuration. 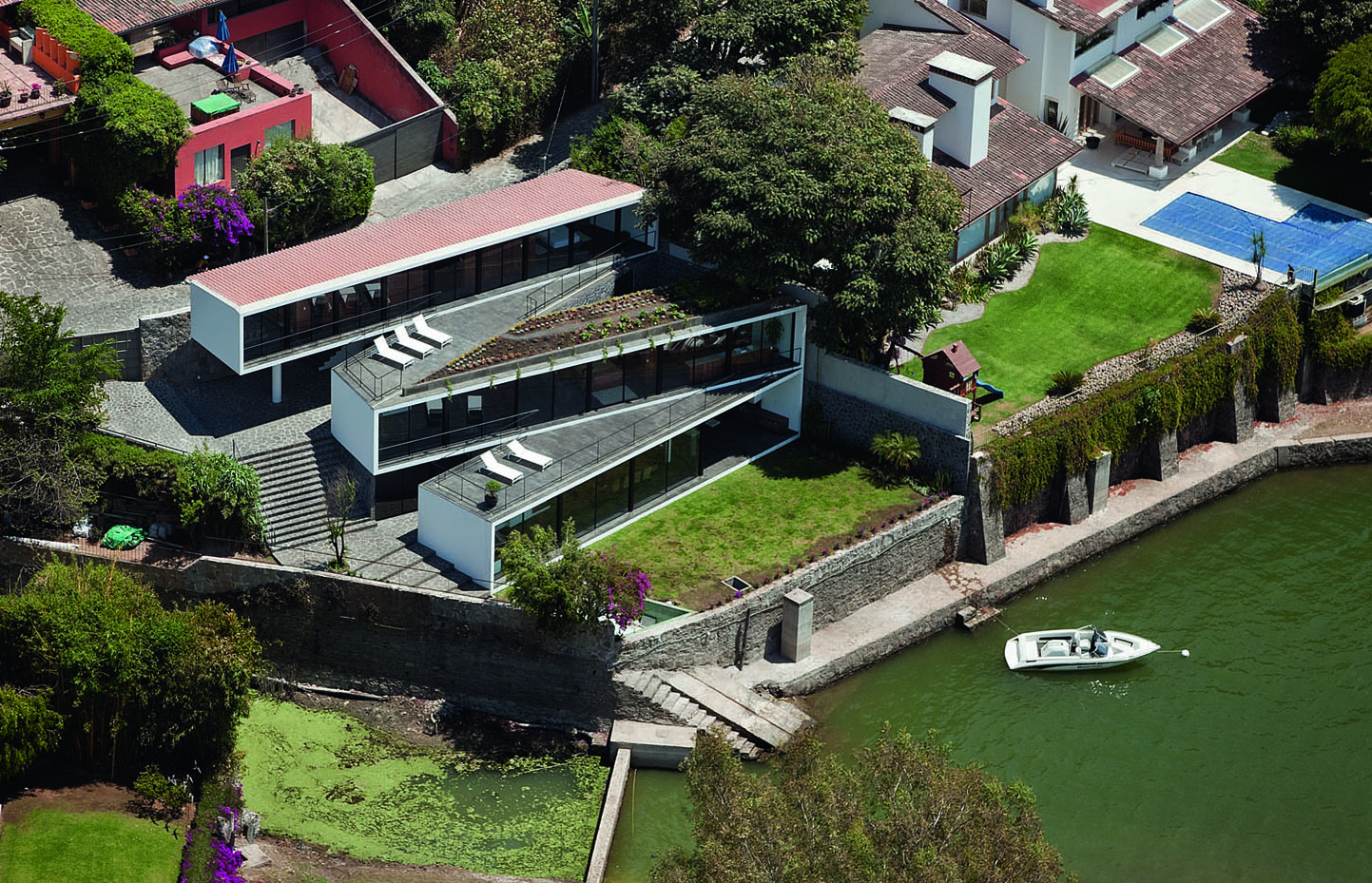 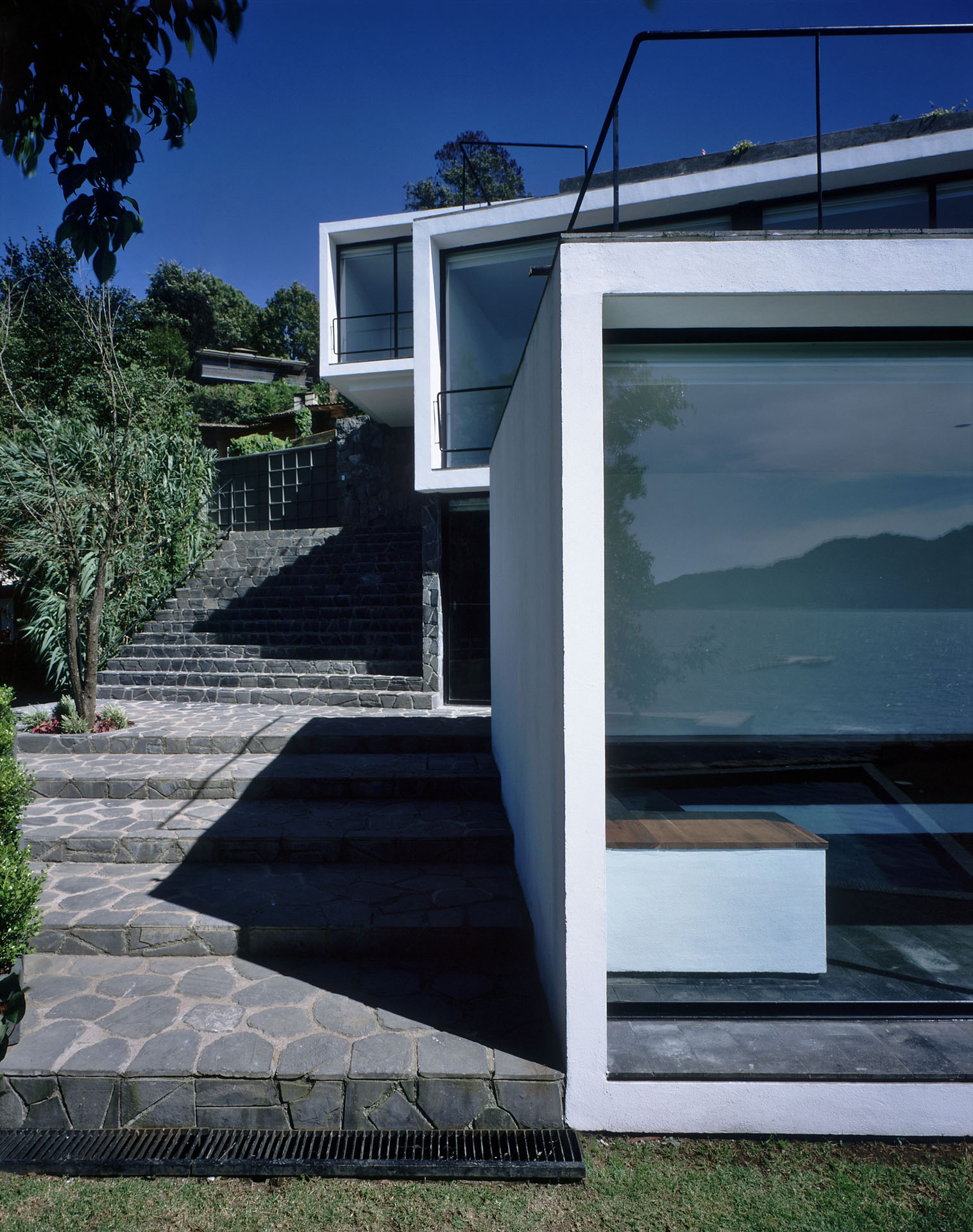 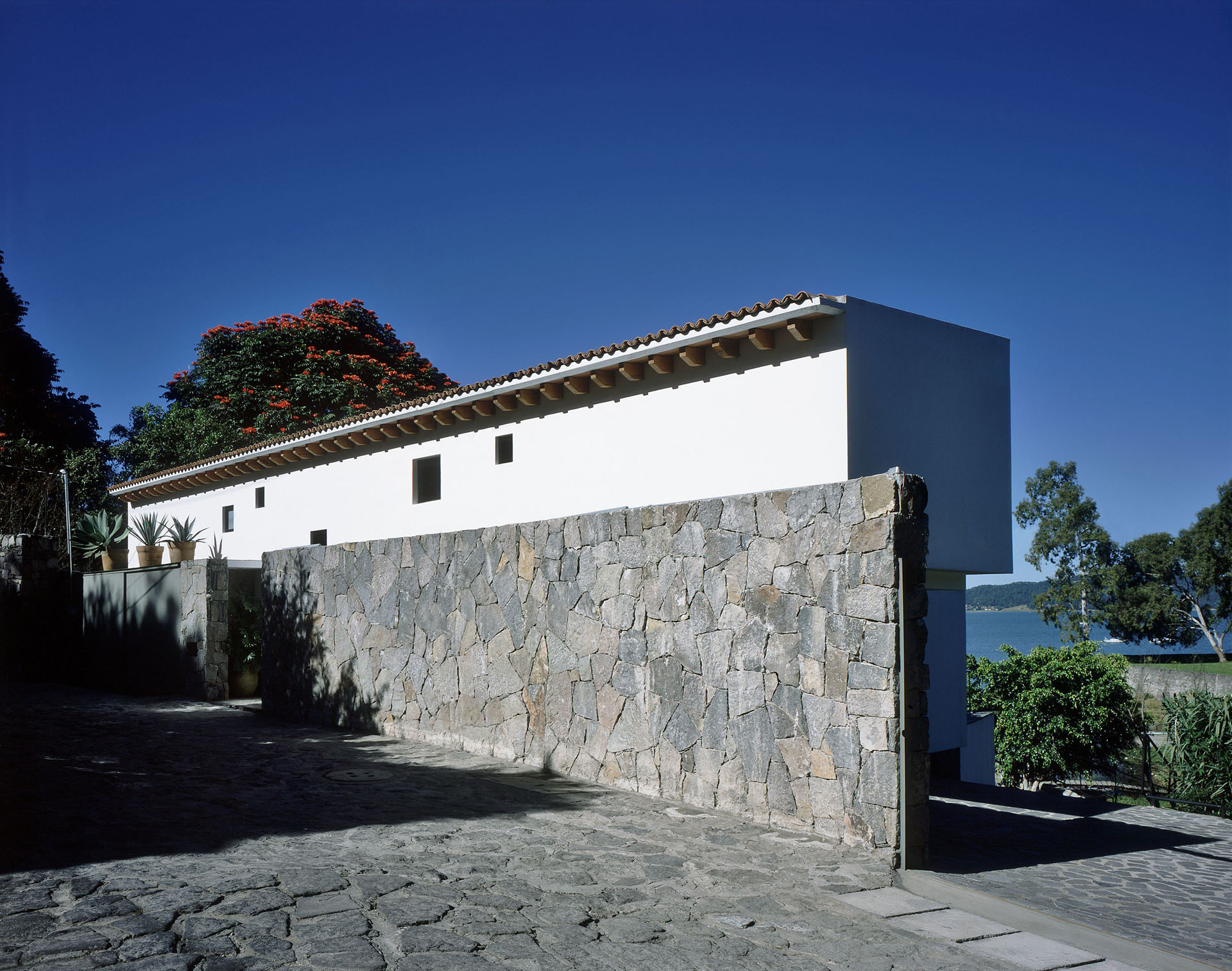 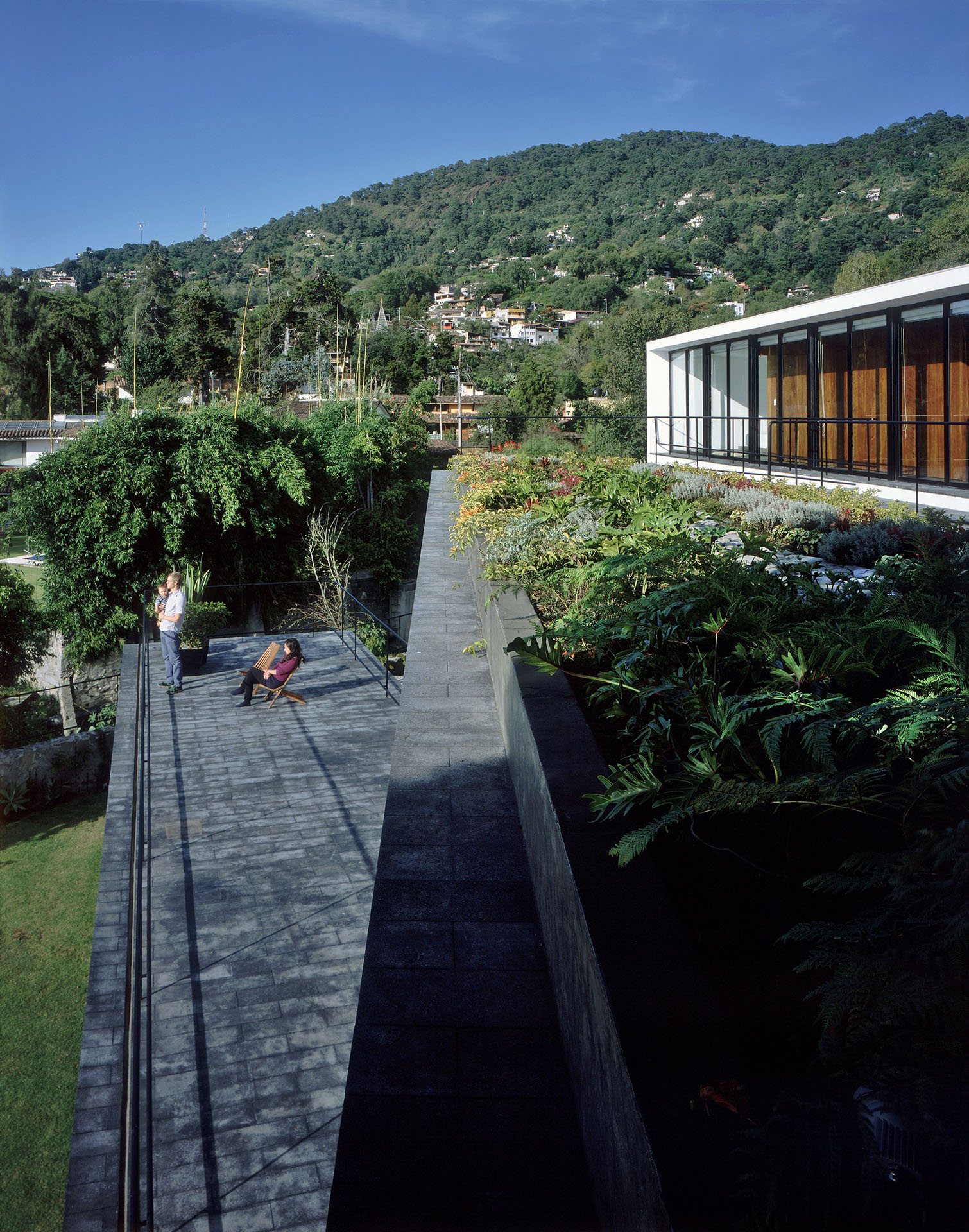 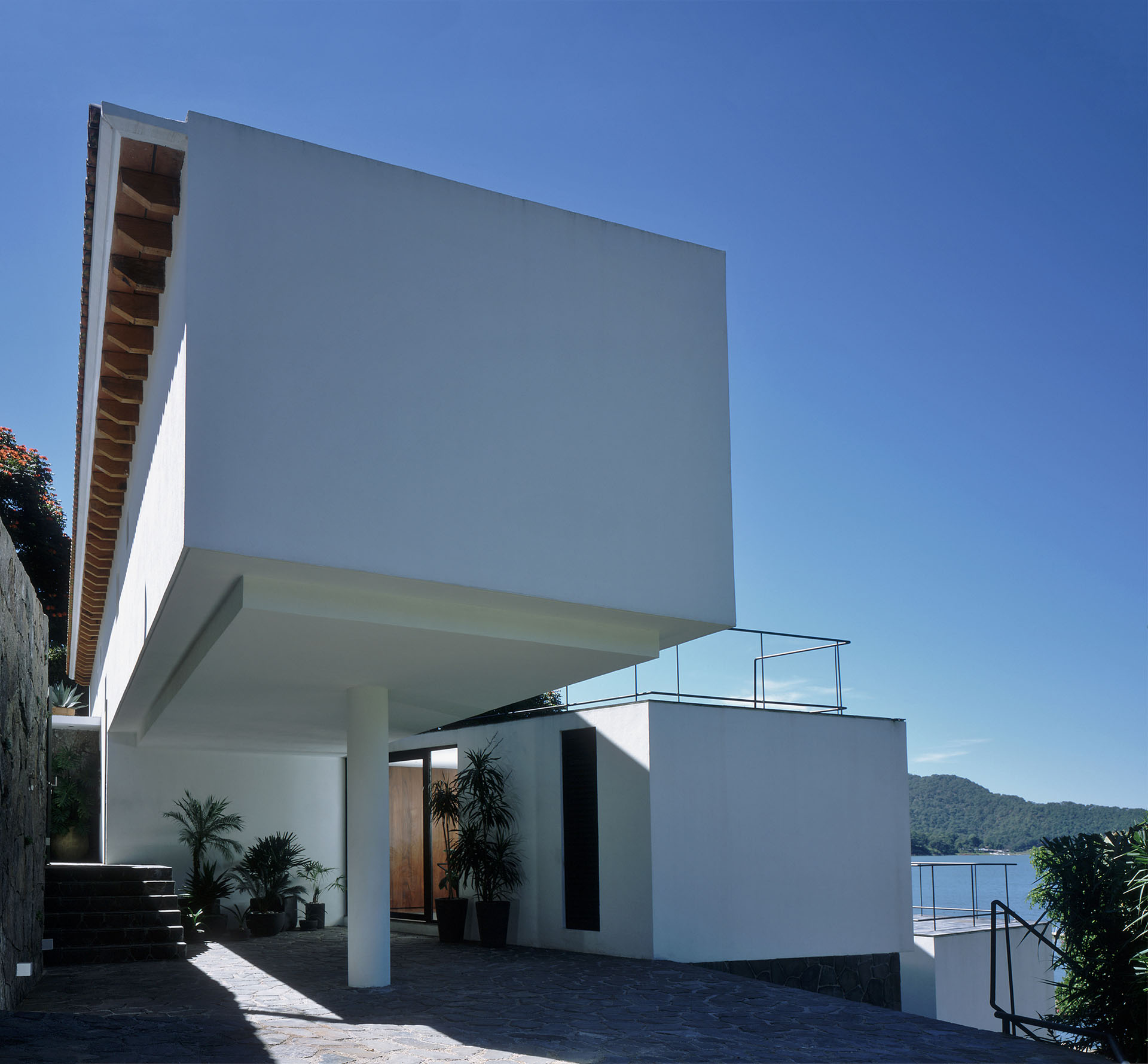 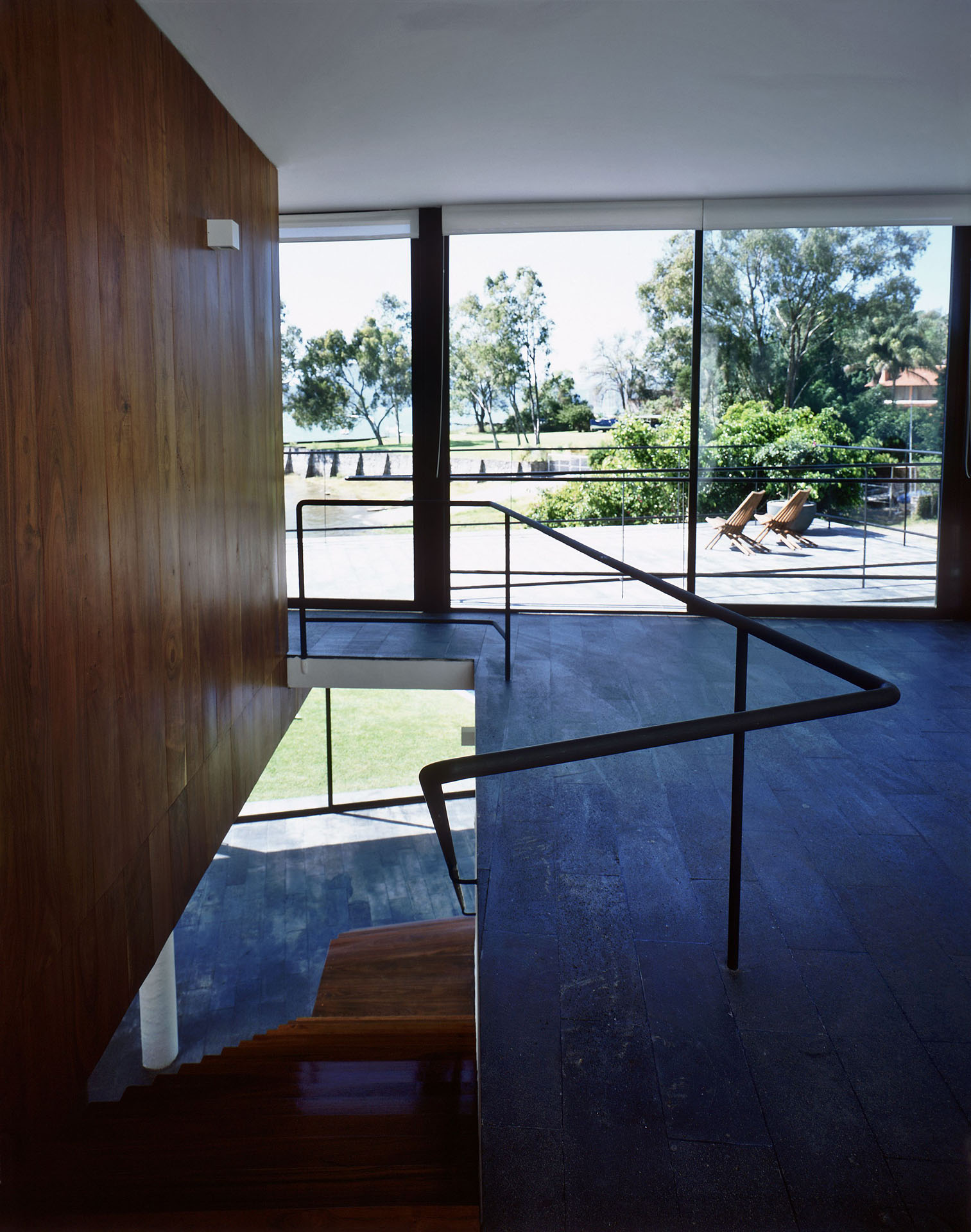 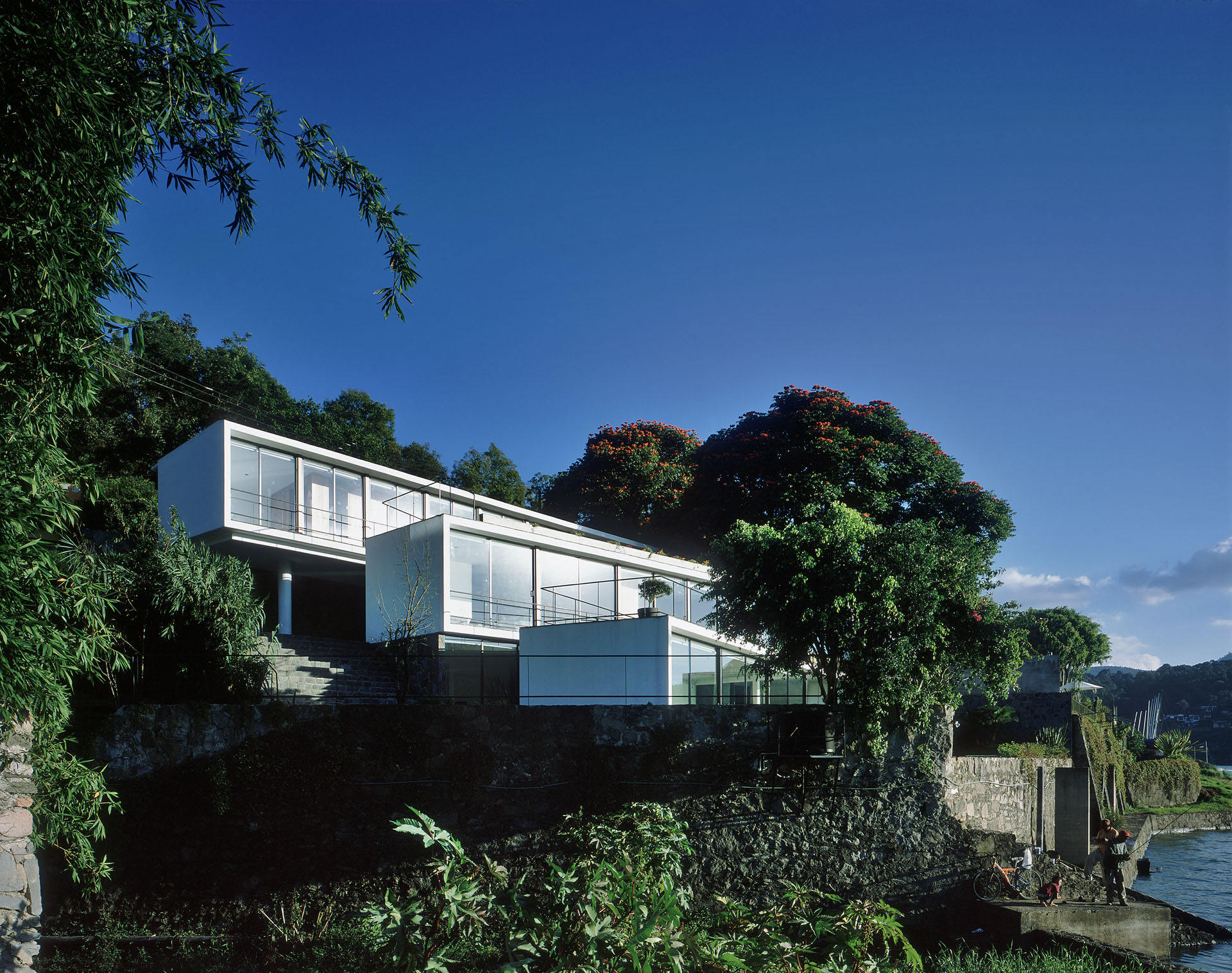