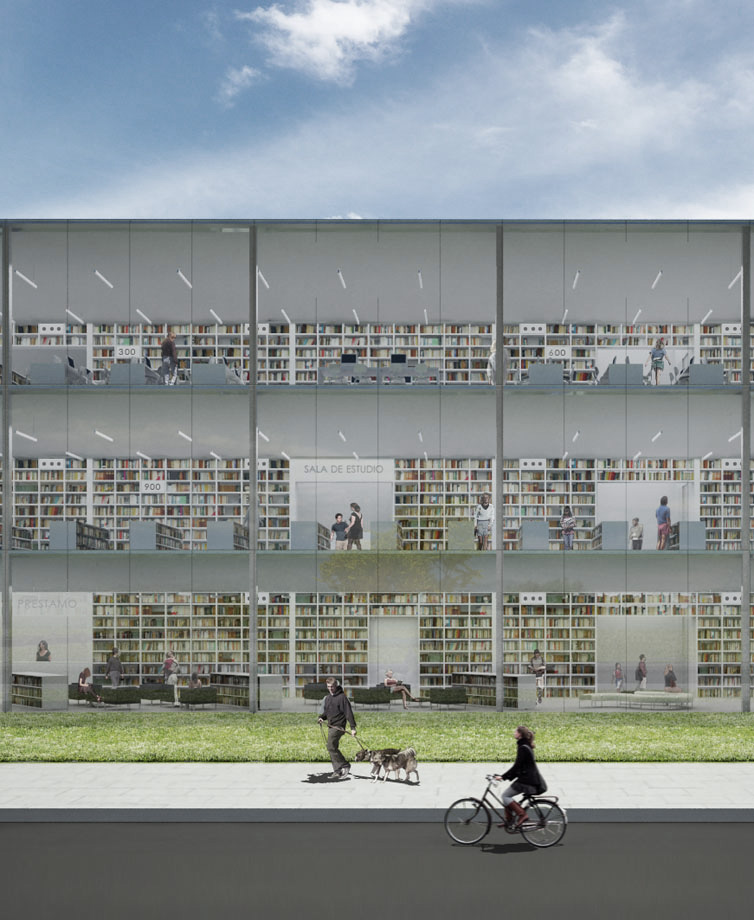 The Rosario Municipal Library project is focused on providing the maximum natural light in the reading and reference rooms. Therefore a narrow, three-story volume was developed along the full length of the southern side of the plot, which in the southern hemisphere receives the least solar gain. The library presents a large modular façade made entirely of glass, as if it were a great bookcase open to the city. In contrast to the libraries of the past which were a closed building that guarded and protected the knowledge held inside, here the 21st-century library opens and extends itself out towards its surroundings. On the other side of the plot, geometric annexes incorporate those areas that could not fit into the narrow floor space of the library: an exhibition room, auditorium, café and didactic playroom. These volumes are arranged in a dynamic relationship with the park proposed in that area. 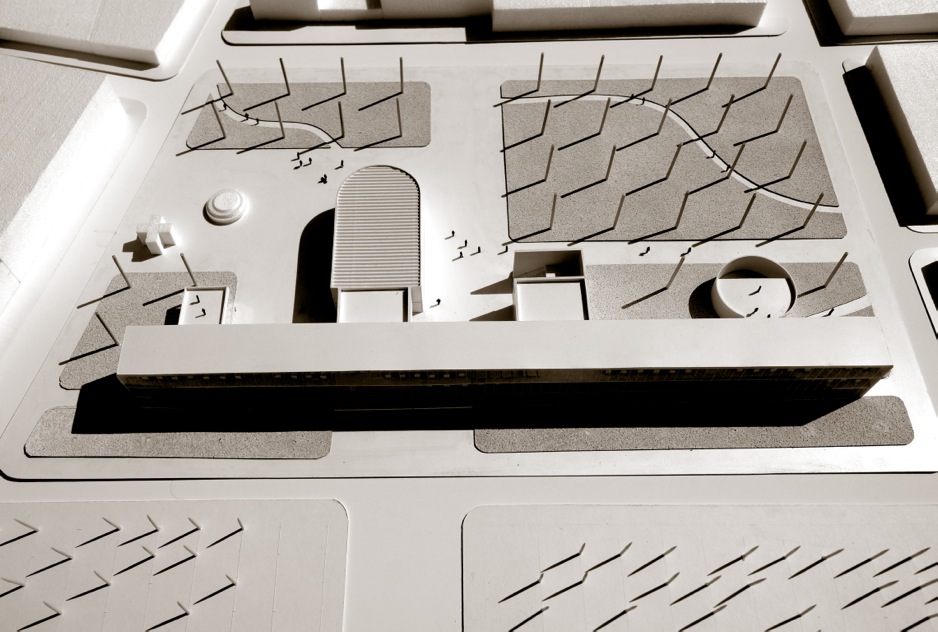 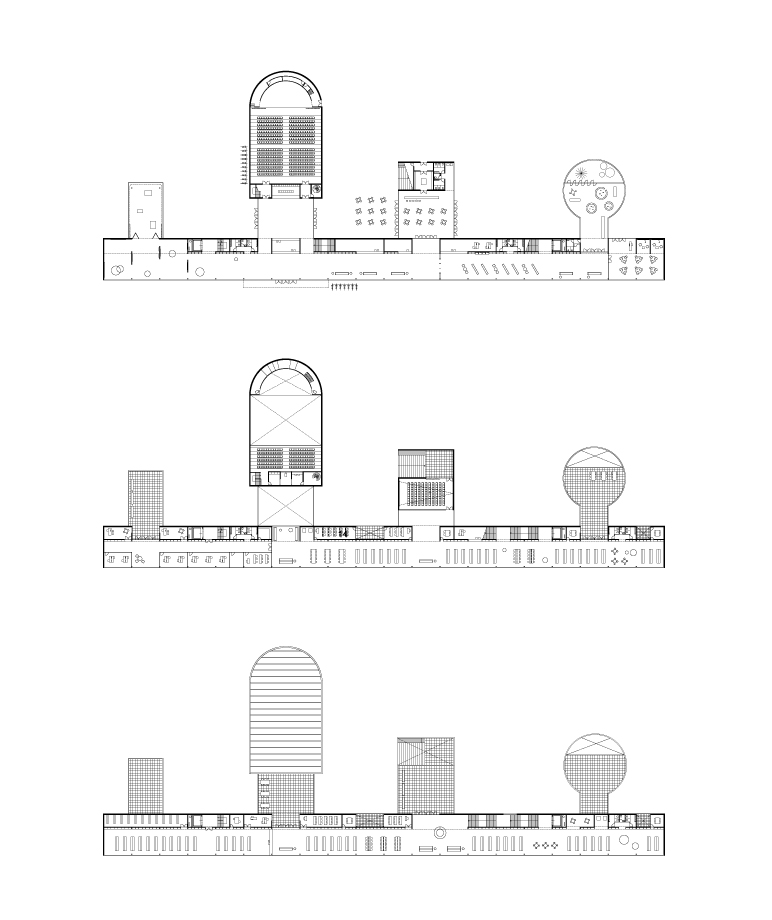