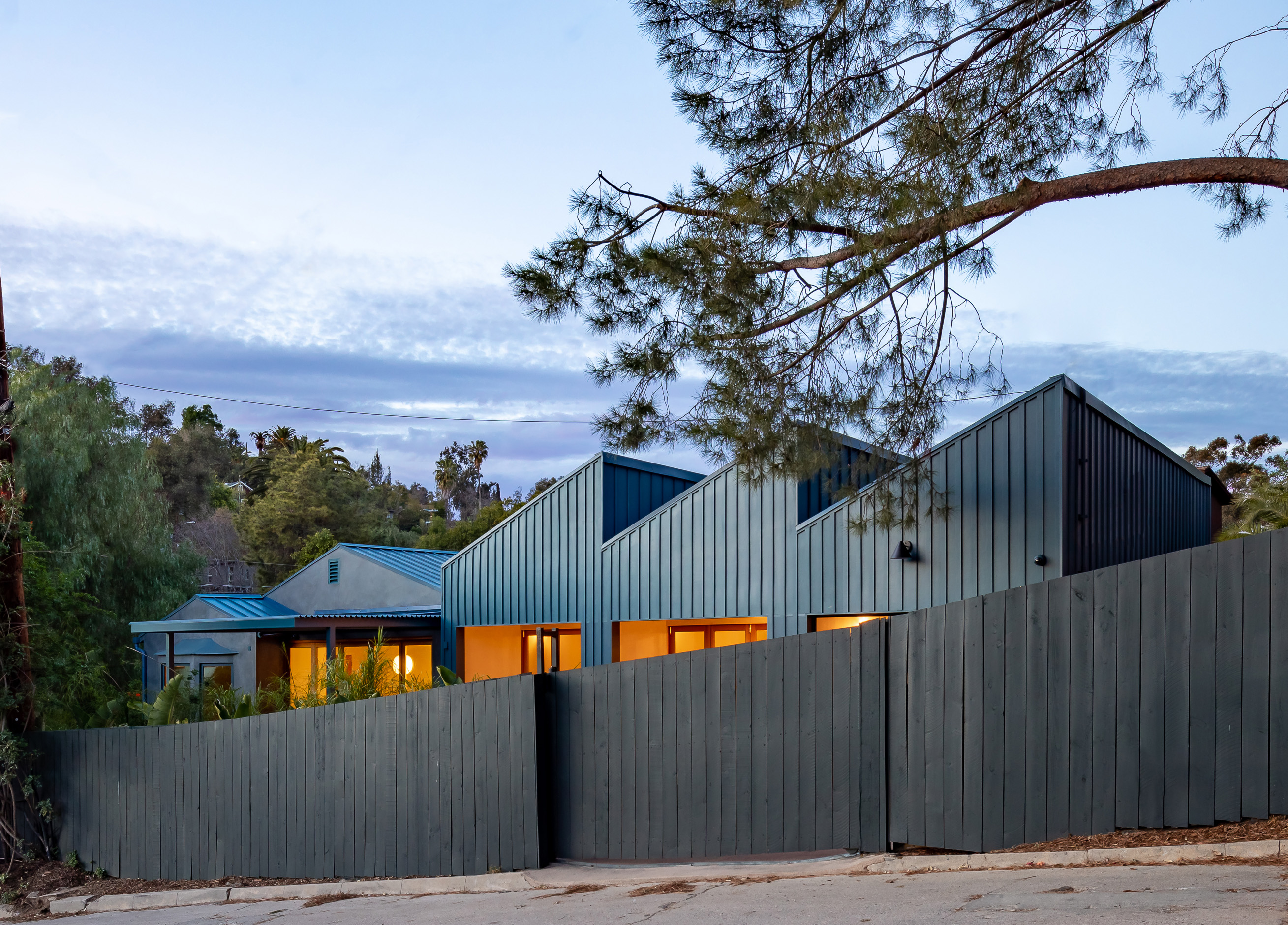 Nova House is a residential project in the Echo Park neighborhood of Los Angeles, expanding the existing house with a master bedroom suite and a flexible studio-garage, doubling the original square footage of the residence. While the original house is left fairly similar in its organization, the addition consists of a square surface divided into three structural bays each about 10 feet wide. This spacious architectural framework, with inclined wooden ceilings and clerestory windows towards the east, offers an intricate variety of interconnected spaces for the master bedroom, and a basic rectangular floorplan for the studio.

Towards the garden, the project appears as a distinct saw-tooth silhouette, a repetitive system with equal openings independent of the program it serves. However, while the studio receives a roll-up garage door giving it a more industrial character, the master suite is set back behind covered patios to protect it from the southern sun. These intimate patios, a new shaded patio outside of the kitchen-dining area, a hidden outdoor patio next to the studio, and an outdoor shower under the pepper tree, allow strong and specific connections between interior and exterior spaces.

Although both the original house and the new additions are covered by the same blue standing seam roof, subtle differences mark the division between both. The facades of the existing house are rendered in a deep blue-gray stucco, while the new addition receives a painted board-and-batten treatment. In the interior, there is a contrast in tones, defining the existing house more by blue and green hues, while the newly added master suite receives lots of wood and warm earthy colors. As an additional detail, the new addition uses the same wall sconces as in the existing house but turned upside down. The new volume is furthermore situated three steps above the original house, creating a physical threshold when moving in between them. 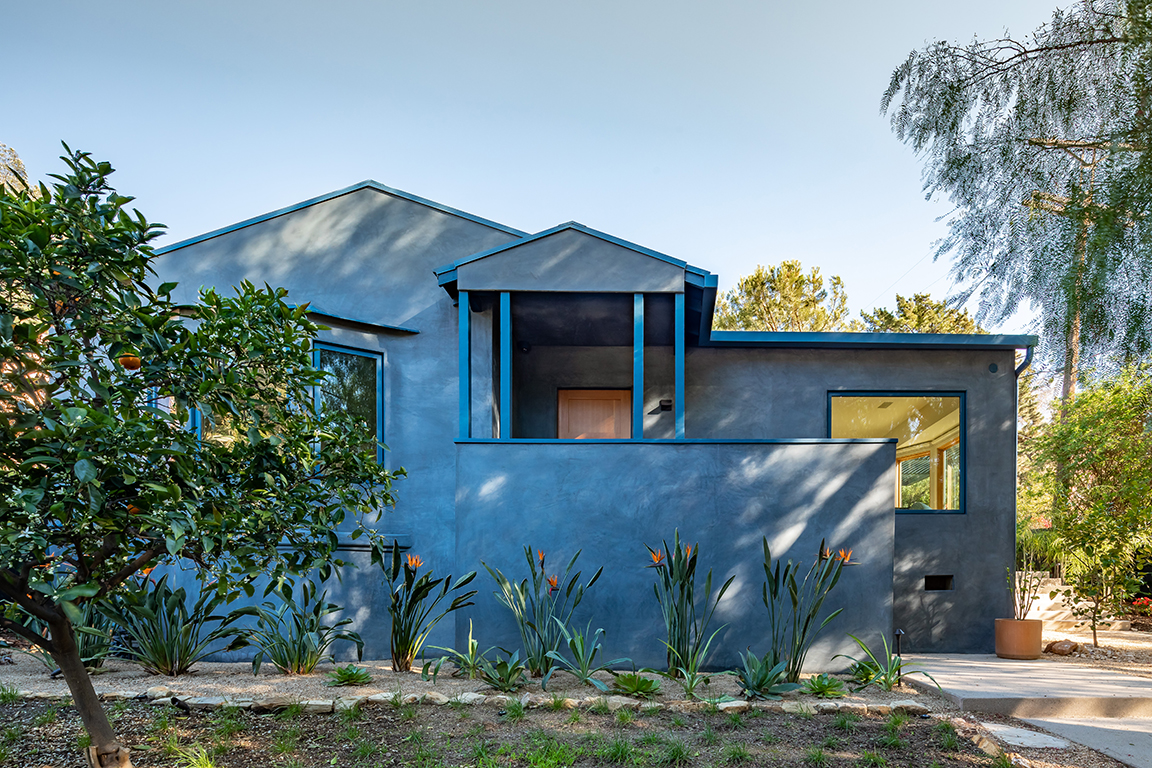 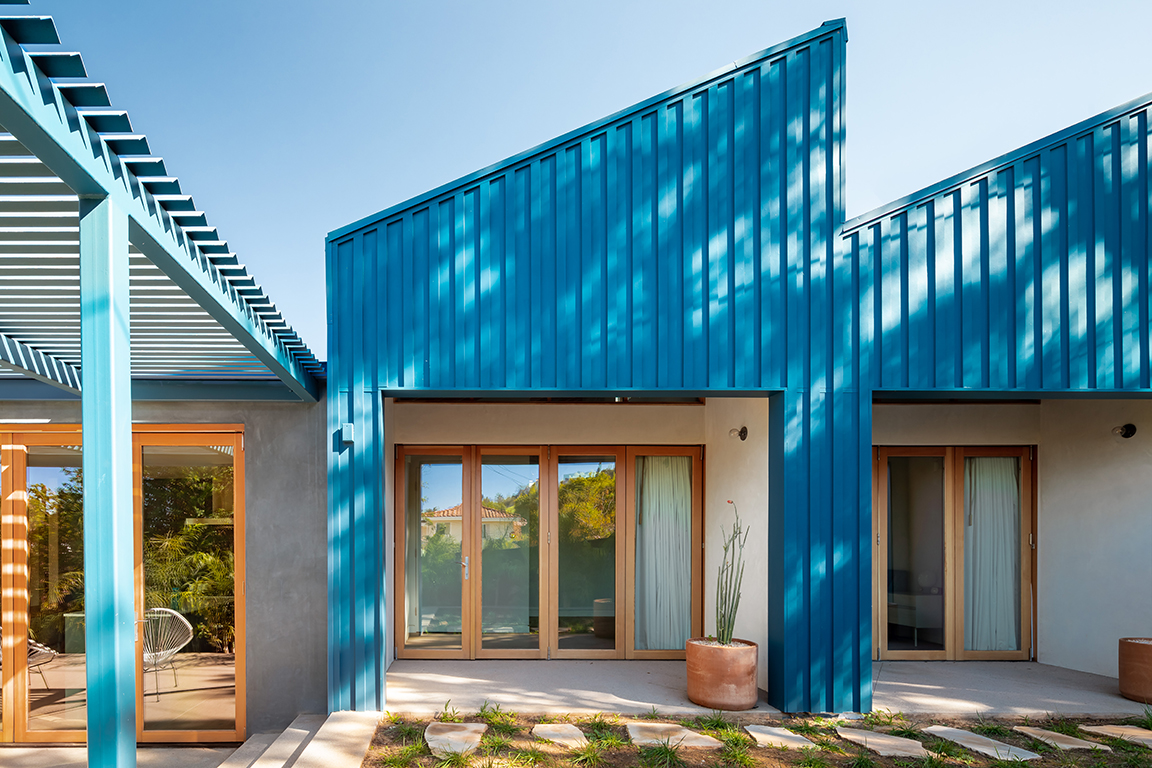 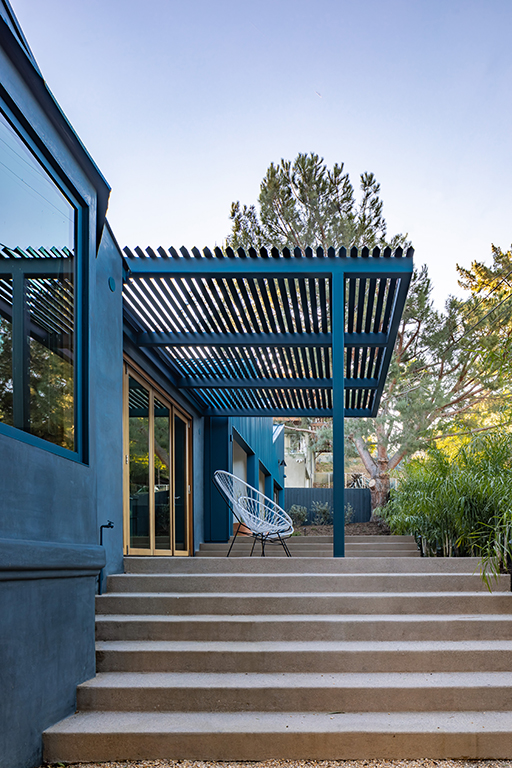 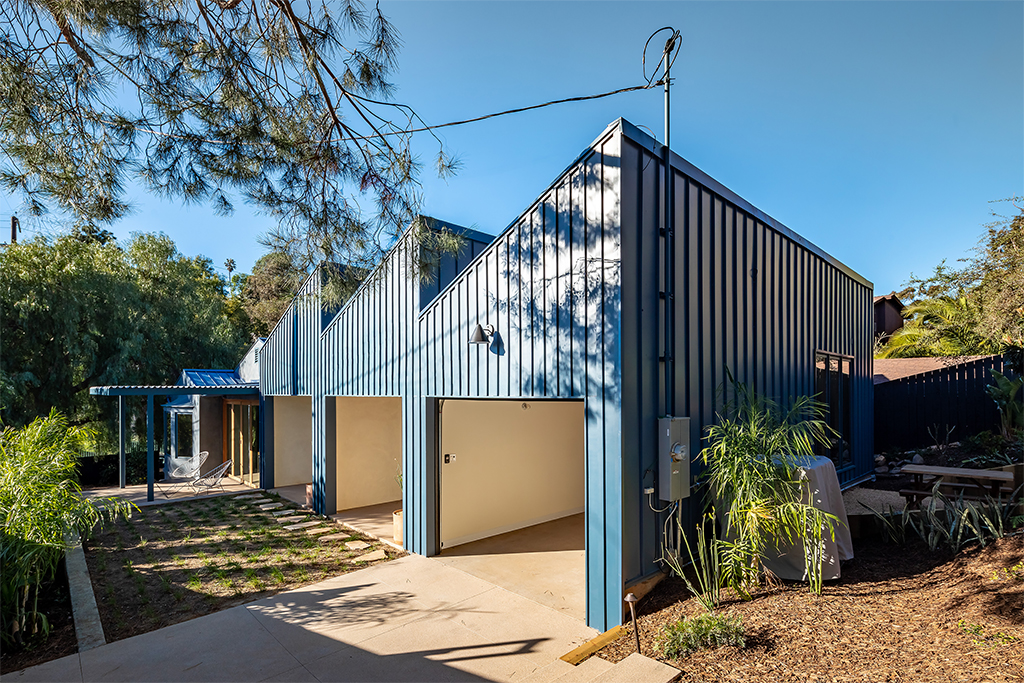 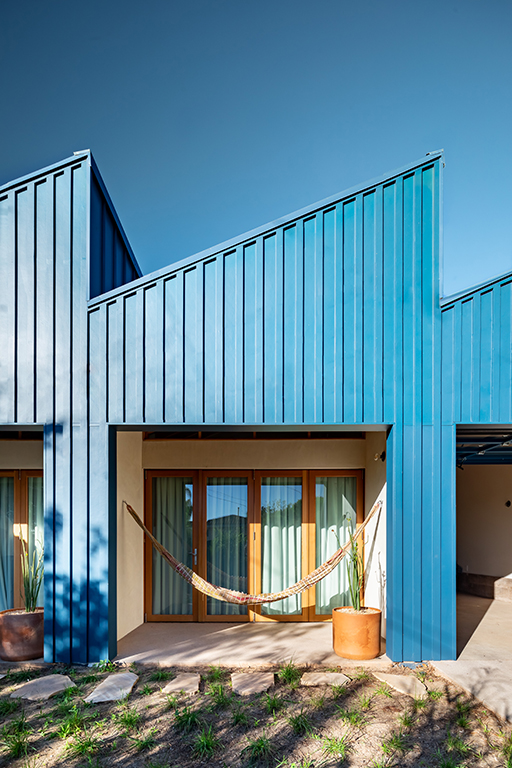 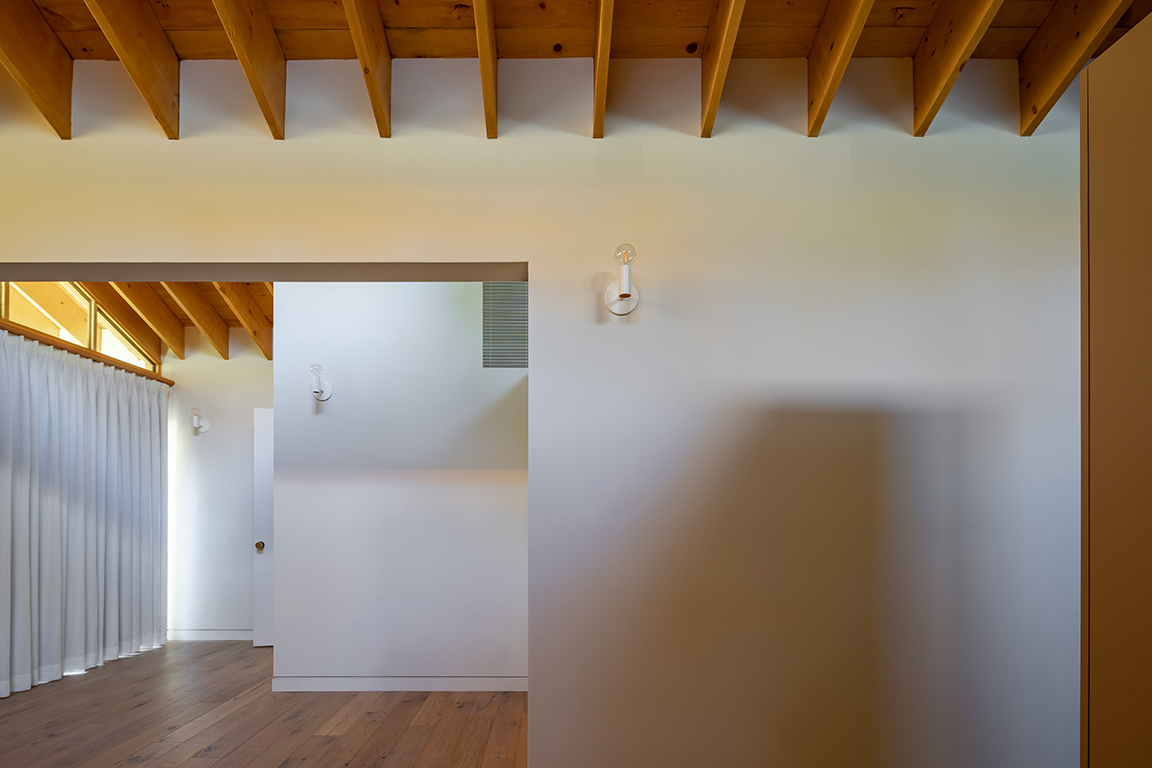 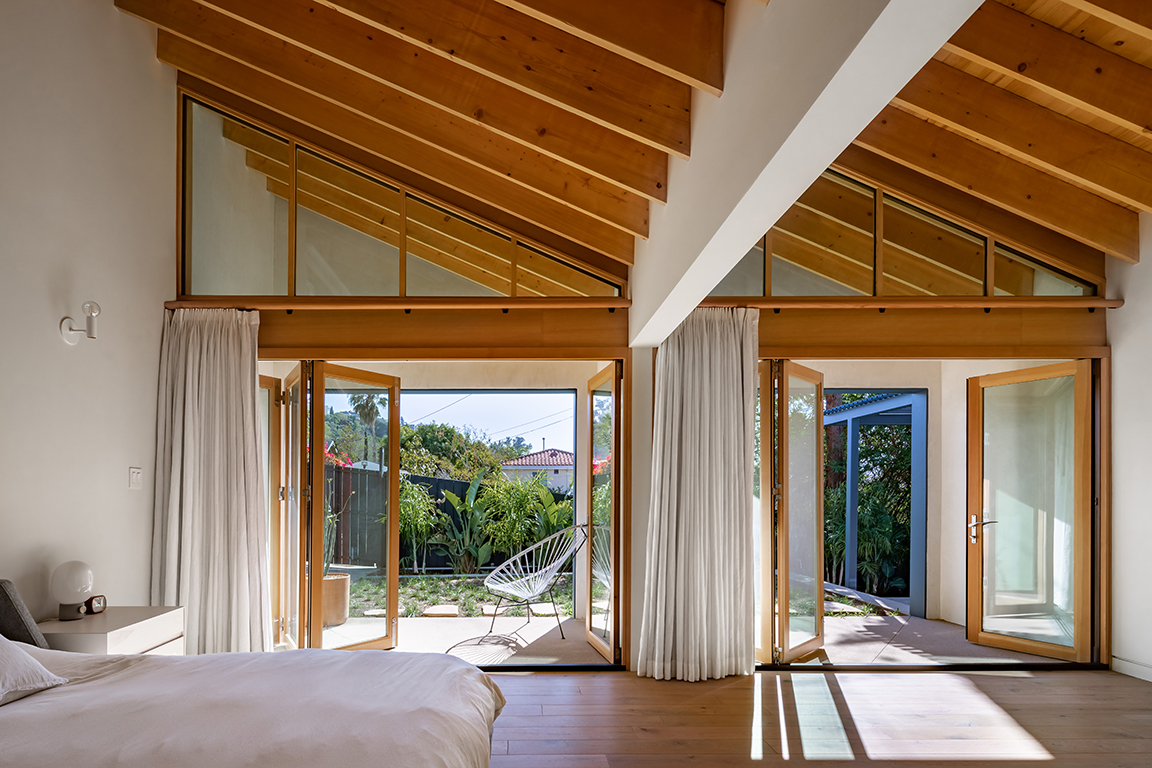 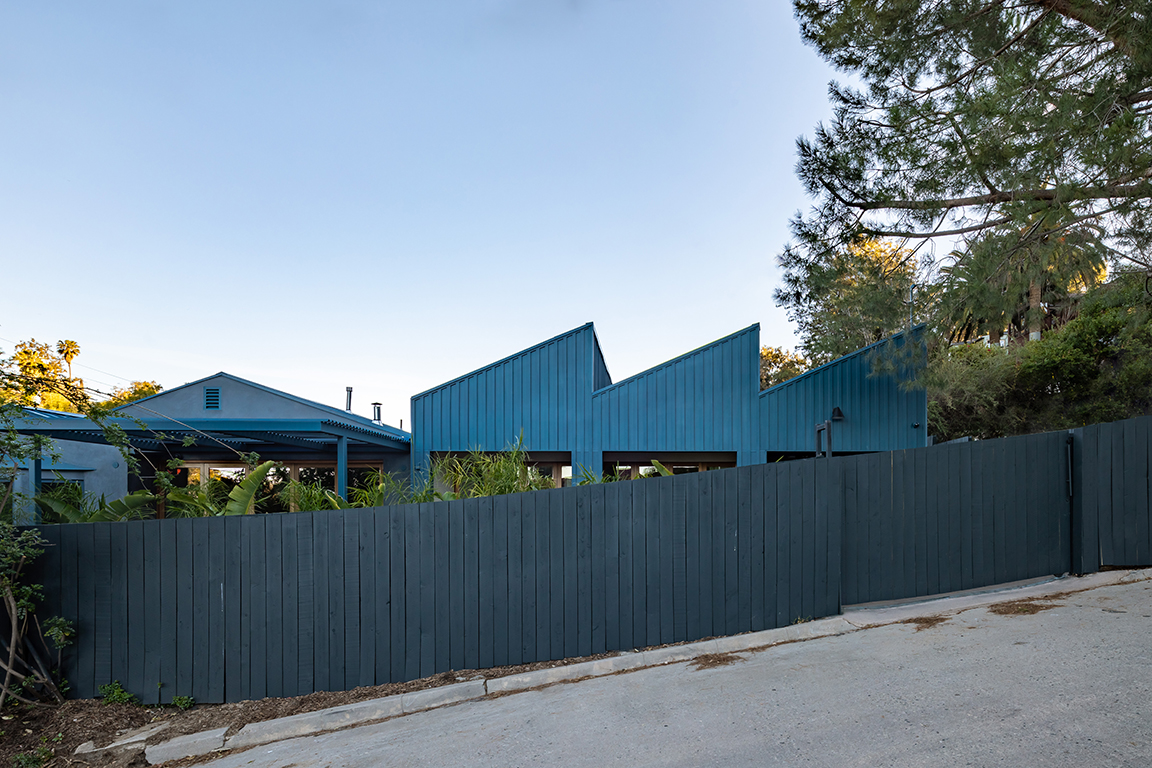 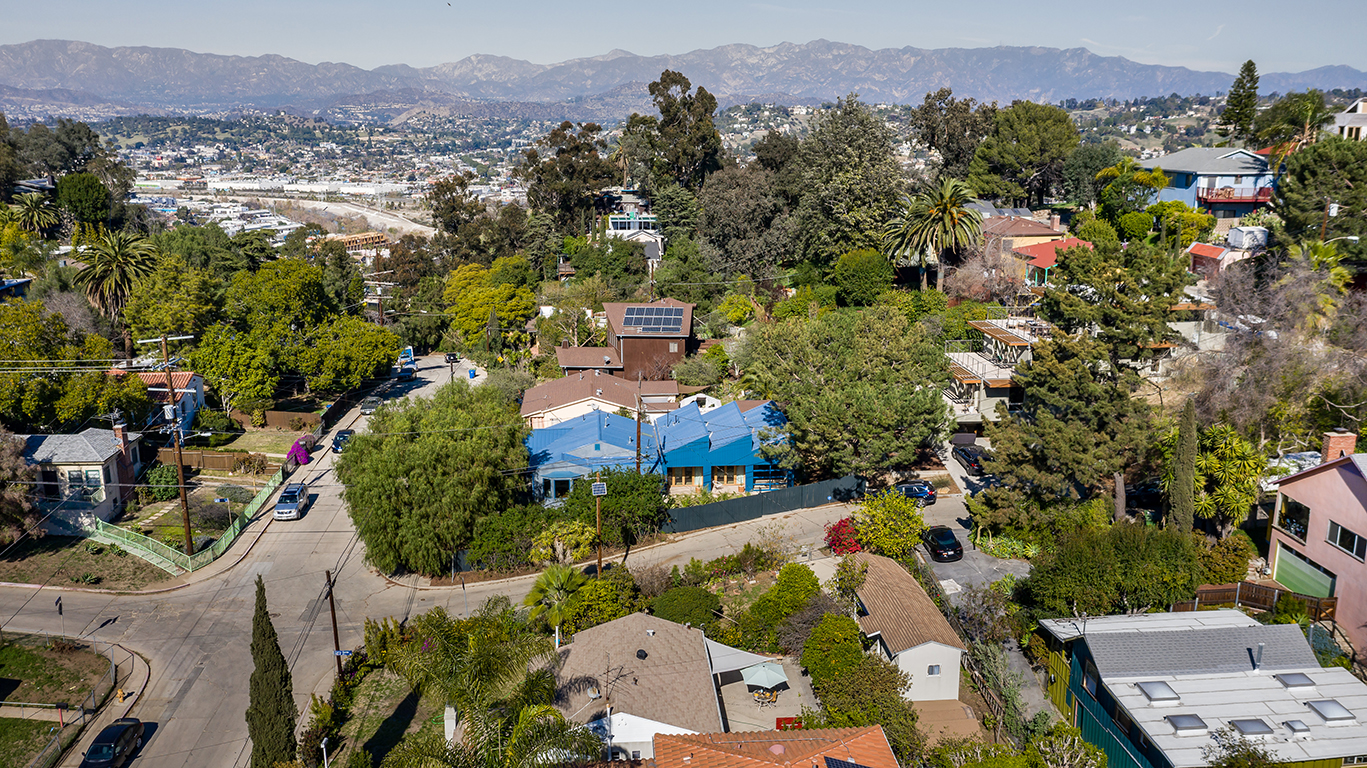 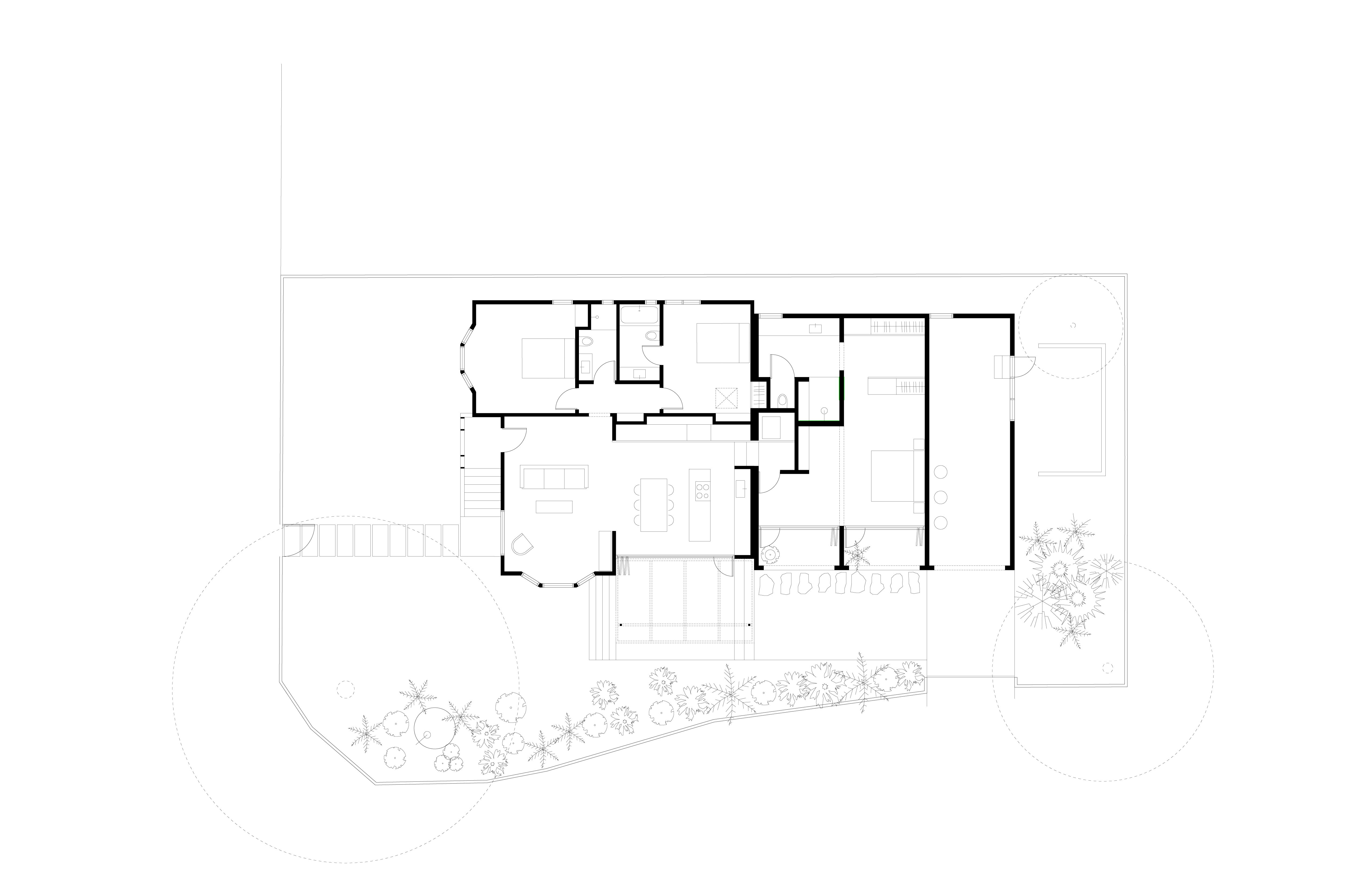 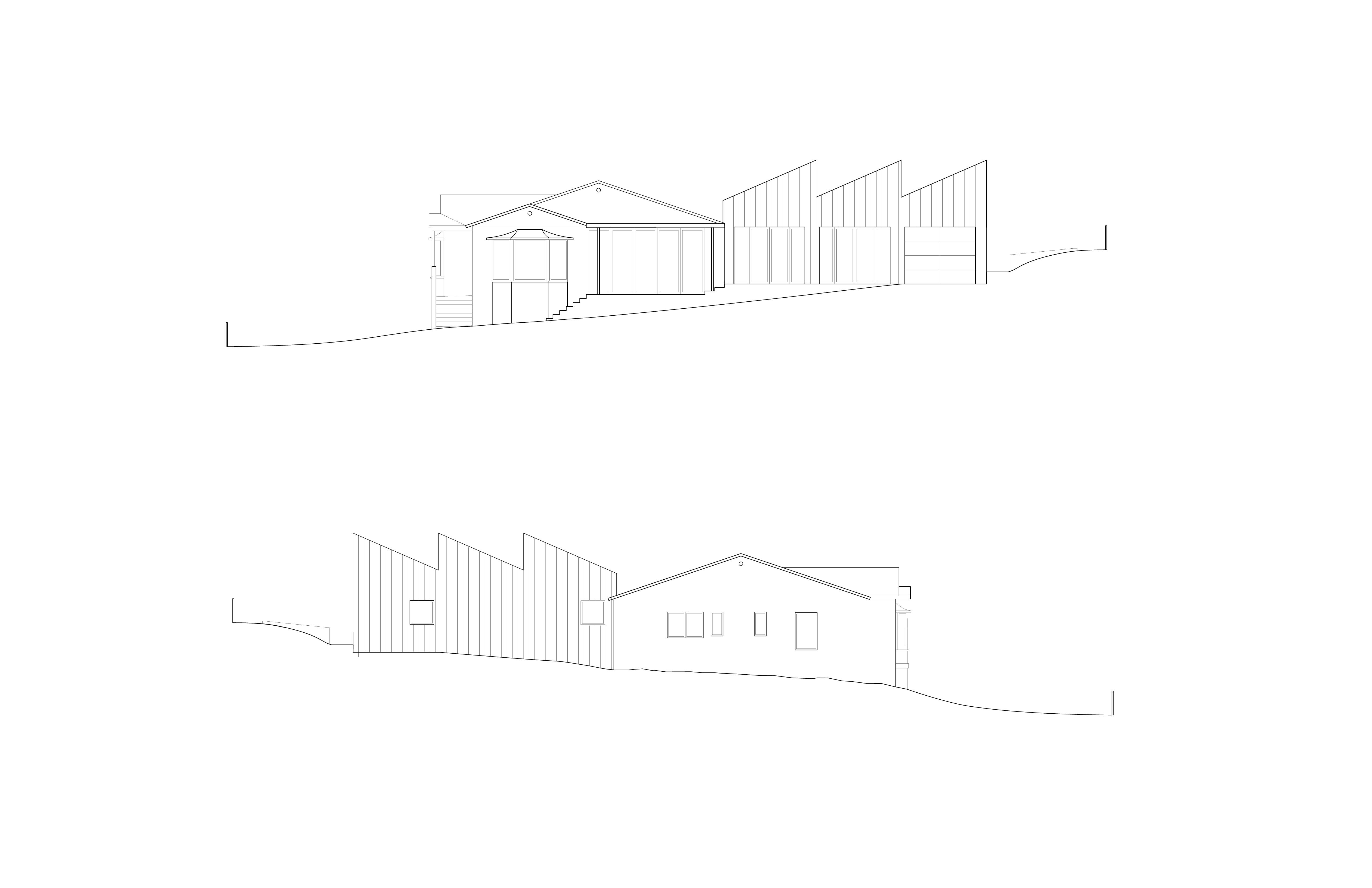